Rousseff’s impeachment aside, the truth is that her government was a tragedy for Brazil.

“There are three sides to every story: mine, yours and the truth,” as my high school teacher used to say. But in the information age, the most important asset to public opinion is not the truth, but the “narrative.” It doesn’t matter what the facts are, but what one publicizes as “truth”—in politics that means spreading an easier-to-believe version than your opponent.

The problem starts when that version of a fact is not only false, but is a rhetorical device created only in order to escape from justice. As an old propaganda master once said, “Tell a lie often enough and it will become the truth.” This strategy is prevalent in Brazil today, and that is exactly what Dilma Rousseff has been doing since her presidential impeachment on May 12.

According to the law, she could return to office in 180 days. But it is doubtful even she believes that will happen. Vice-President Michel Temer has taken over the presidential office and begun to clean up the house. For instance, he has announced the elimination of useless cabinets (like the Ministry of Fishing), many of which were created only to accommodate the ruling Workers’ Party- (PT) affiliated members. The more members hired, the better, since the party charges 20% of their salary to back up party expenses.

Removed from Brazil’s presidency, Rousseff has declared herself “the victim of a coup d’état.” Her message is not only false, but immoral. It’s a desperate cry from someone only interested in saving her own skin, even if that means dragging the country’s image through the gutter and making Brazil look like a stereotypical banana republic.

The most painful effect of this speech is seeing serious media players around the world buying into this false narrative. To see Bolivarian leaders such as Venezuela’s Nicolás Maduro or Raúl Castro backing Rousseff’s speech is nothing new. Brazil has been investing millions of dollars in these countries’ infrastructures for years. It hurts to read texts such as the May 14 editorial from the British newspaper The Guardian, saying that “male prejudice against a female leader certainly played their part in Rousseff’s impeachment.” No facts, no quotes, and nothing that justifies the claims. Dilma Rousseff being a woman has never been an issue in Brazil. It only confirms the narrative being peddled by her.

Rousseff’s downfall started with the man that handed her power—ex-President Luis Inacio Lula da Silva. Although he was presented in the international media as a great and popular leader who took care of the poor, many Brazilians knew he was simply surfing the good wave from the financial revolution started by the success of Plano Real—the stabilization program created by ex-President Fernando Henrique Cardoso in 1994. Lula was elected in 2003 and made Dilma Rousseff his successor in 2010. 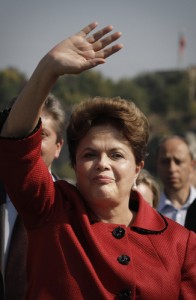 She was marketed to the Brazilian people as a “great manager”—probably the biggest lie propagated by her government. You could mention dozens of facts that destroy this “great manager” image, but one stands out in particular. Before becoming Lula’s chief of staff and then president herself, Rousseff was minister of energy and president of the Petrobras Administrative Council. Petrobras is Brazil’s largest company and Dilma was President Lula’s key person in matters pertaining to the multibillion-dollar oil industry.

In 2014, the so-called “great manager” voted (as president of the Petrobras Administrative Council) in favor of a contract to buy 50% of a refinery in Pasadena, Texas, for $280 million from a Belgian company that had paid $43 million only one year earlier. The decision cost Petrobras $1.2 billion—in a single deal. Rousseff tried to justify the “mistake” by saying she did not have sufficient information and was not briefed correctly. One would have to be very naïve to believe her … let’s say “narrative.”

Today we know where most of the money had gone. The company announced last year it lost over $2 billion between 2004 and 2012. That’s an astounding $2 billion in bribes. How many people can you buy with that much money?

Things have only worsened. In 2014, Petrobras announced losses of $7.2 billion in its first audit following the government’s corruption scandal. In 2015, losses were up to $9.6 billion.

“Petrobras’s problem isn’t about oil or finance, it’s about trust. The first thing the company needs to do is recover its credibility because today the market doesn’t believe it,” said Daniel Marques, chief analyst at the consulting firm Gradual Investimentos, in a story run by Business Insider.

The government’s “narrative”—or fiction—tries to sell the idea that Rousseff has not committed any crimes. But that is only because she has not yet been charged. However, it was the ruling party and its coalition partners who appointed their own candidates to Petrobras’s most important executive positions. Led by Paulo Roberto Costa, a former director who became a whistleblower after being jailed for corruption, the executives diverted funds valued up to 3% of contracts to PT and its allies. Some of the directors accumulated more than $100 million funds in Swiss bank accounts. You read that right: The company’s directors diverted more than $100 million each to Swiss bank accounts, while others bought paintings and sculptures. It must be comfortable having a position in the left-wing party while you buy art collections with the people’s money.

Is the Brazilian Congress that voted for her impeachment crowded with other corrupt politics? Yes, there is no doubt about that. Was the session that decided her impeachment a sad political circus that the country will want to forget as soon as possible? Definitely.

Operation Lava Jato (Car Wash) investigated the Petrobras scandal, and has lead to further investigations into corruption at public companies such as Banco do Brasil and Eletrobras. Lead by Judge Sergio Moro, Operation Lava Jato was inspired by Mani Pulite (Clean Hands)—an Italian operation that arrested hundreds of mafia criminals.

So far, Lava Jato has put more than 50 people in jail. Among them are powerful construction company owners and directors, as well as lobbyists and corrupt executives. And now that Rousseff’s cabinet has lost its legal shield, the number will probably increase. Will that number include some of Michel Temer’s allies? Probably. But the recent departure of Romero Jucá, minister of planning, shows that Temer will act as he has promised—to not intervene in Moro’s work.

Yes, Brazil’s largest construction companies were part of the scheme, and that leads us back to Lula. The ex-president, once called “The Man” by Barack Obama, faces multiple criminal investigations. It’s likely he received gifts such as a farm and a three-floor penthouse on a beach near Sao Paulo from construction companies. To obtain legal protection, Rousseff tried to name him chief of staff of her cabinet last March. But the real coup-to-be was a humiliating fail after a taped conversation between Lula and Rousseff was aired on a TV show—the police was folloeing Lula in other ongoing investigations—and a federal Judged blocked Lula from taking the cabinet position. Due to the revelations from the scheme, Rousseff can also be accused of trying to obstruct justice.

Rousseff’s impeachment aside, the truth is that her government was a tragedy for Brazil. Under Lula’s presidency the country followed Fernando Henrique Cardoso’s economic policy and turned his successful stabilization plan into long-needed social welfare programs. But the long term revealed his policy to be a house of cards. Under the “great manager,” Brazil reverted back to its previous abysmal state. 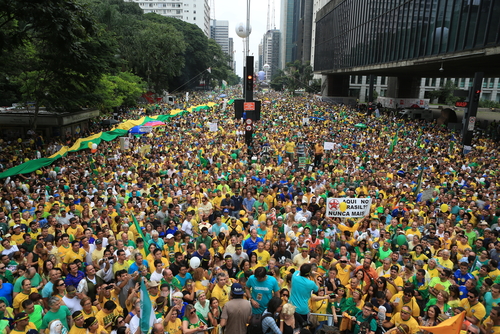 On top of all that, the Zika virus threatens Brazil a mere three months before the Olympic Games begin in Rio de Janeiro. Both international and Brazilian companies have refrained from making additional investments since the beginning of the year, when Rousseff’s government lost all its credibility: Rousseff has been accused of manipulating government accounts in 2014, breaking The Brazilian Fiscal Responsibility Law (May 2000), which “establishes public finance rules enforcing responsibility is fiscal management.”

It’s important to note that Rousseff’s financial maneuvering took place before and during the 2014 presidential campaign, which means she deliberately masked her accounts to fool the voters who believed the national economy was doing fine and that the country was safe with a “great manager” at its helm.

To explain it in simple words: If you break a law, it’s a crime. If it’s a crime, there is legal basis for impeachment. It’s that simple. No conspiracy theories or complex narratives can change that. Is the Brazilian Congress that voted for her impeachment crowded with other corrupt politics? Yes, there is no doubt about that. Was the session that decided her impeachment a sad political circus that the country will want to forget as soon as possible? Definitely.

But there’s also no doubt a coup d’état did not happen in Brazil. The country suffered a coup in 1964, when tanks rolled through the streets, journalists were censored, thousands of people arrested and generals sat in the president’s chair. Brazilians know what a coup d’etat is. We even had the impeachment of President Fernando Collor de Mello for corruption in 1992. After examining both events, it’s not very hard to picture how Dilma Rousseff will go down in history.

While the fault for Rousseff’s impeachment lies in part with the PT and Lula, it mainly pertains with her. Her inability to play the realpolitik game, her economic incompetence and her silence over flourishing corruption (assuming that it wasn’t a common occurrence inside her own office). The creators of Rousseff’s “narrative” should have advised her to pay more attention to the famous political motto, “It’s the economy, stupid.” If they did, they should have also added, “And don’t forget the politics, stupid.” 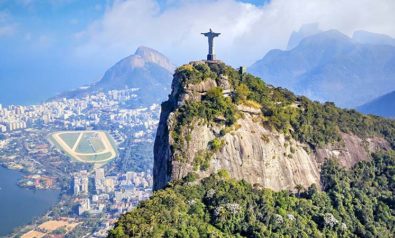 Need Lithium and Other Metals? Time to Invest in Latin America