Many without much of anything in America are waiting, alongside those in the Dominican Republic, Cuba and elsewhere, for a new American order, a new path forward and a new conscience to prevail.

If you ever wonder how much the United States has advanced the cause of economic and social progress in Latin America, check out the Dominican Republic. I have just returned from over two weeks of travel there, about the same amount of time I traveled in Cuba two years ago. In each instance, I traveled independently. I speak Spanish well.

Both countries share a 20th-century history of despotic dictatorial rule supported by the US government. In each case, that support allowed corruption and greed to overwhelm governance in order to ensure that US interests in the island nations were protected and that popular uprisings that might threaten those interests were suppressed. By early 1959, when Fidel Castro victoriously entered Havana, the people of both the Dominican Republic under Rafael Trujillo and Cuba under Fulgencio Batista had suffered from decades of economic stagnation, corrupt governance and political repression.

In 1961, Trujillo was assassinated. By then, Batista was in exile in Portugal after first fleeing to the Dominican Republic when defeated by Castro’s revolutionaries. Since then, the Dominican Republic has been subjected to a full-scale 1965 US invasion that didn’t seem to teach the Dominicans much about the actual interests that their US “ally” was committed to protecting.

After the invasion, US troops left the Dominican Republic following an occupation that lasted a year and a half. Soon thereafter, the US resumed its patronage role of providing significant economic and social development assistance and active trade and investment program assistance targeted at maintaining the political stability required for US interests to be paramount. The US even exported a three-term, born and raised in New York City, president to the Dominican Republic (Leonel Fernandez). Yet the country is still awash in poverty, crumbling infrastructure, and educational and heath care deficits.

Meanwhile, Cuba has received next to nothing but trouble from the US and has been economically confronted by a continuing US embargo for over 50 years. Yet somehow, the Cubans seem well ahead of the game by many indicators of human development.

Much of what I saw in the Dominican Republic is old in a way that makes it hard to imagine that it was ever new. There is also a significant presence of the ruins of failed investments, a sure sign almost anywhere that many with money to invest were convinced unwisely that tourists, timeshares and full condos would follow their money and that needed infrastructure development would speed the way. So despite the blue Caribbean Sea, a central mountain range with peaks over 10,000′, lush tropical forests, winding rivers and waterfalls, there is a depressing sense of economic and spiritual poverty all around.

For independent travelers and locals alike, the biggest impediment to enjoying the gifted environment is a lack of visitor infrastructure. Paved roads to beautiful places quickly become dirt tracks that eventually become impassable. On the coast, it is not unusual to be at a beautiful beach where locals are congregated balancing beer on broken down plastic tables and sitting in unstable plastic chairs under a tarp, while the independent traveler in the same location might find a thatched hut with slightly better furniture and the same beer. Often, the beach itself is littered with trash. Marked hiking paths, information kiosks and designated observation areas are incredibly rare.

In Cuba, where the natural conditions are similar, the human spirit seems to thrive. There, music is everywhere; in the DR it is sporadic, often blaring beyond recognition as music and disconnected from time and place. Cubans revel in their culture and have an intense pride in their revolutionary history. Meanwhile, way too many Dominicans seem passively engaged in the world around them and disjoined from any collective role that might positively change their lives.

In the context of my travels in the Dominican Republic and my similar trip to Cuba, impressions are quickly made and should be tested against existing economic, social and political data. However, impressions are important, not only in developing a personal profile of places visited, but in providing content to historical context.

Since at least World War II, the United States has trumpeted its constructive role in international affairs and the fight for enriched human development. And nowhere more so than in Latin America. Impressions, facts and historical context suggest that America’s exaggerated view of the success of its mission is overwhelmed by reality on the ground. Cuba and the Dominican Republic provide cases in point that are worth considering, since they are neighboring countries where US influence has had an outsized proving ground.

In the fantasy world of present-day “American exceptionalism,” realities on the ground in places like the Dominican Republic and Cuba lay waste to exaggerated claims for US international development efforts. Our very own Puerto Rico is still in the dark months after Trump threw paper towels to the faithful and promises made became promises broken. I only wish that those enthralled by American fantasy could spend time “touring” those nations that have supposedly benefited from American largesse. Then go to Cuba to see what can be done without US “assistance” — an infant mortality rate lower than that in the US and a 98.9% literacy rate, not to mention universal health care.

While it may be hard for many to fathom that there is a world out there in which Trump isn’t even a sideshow, it can only be hoped that pre-Trump, Trump and post-Trump America will one day be judged by something other than its bombast. It can only be hoped that reality will intrude to facilitate honest evaluation of America’s past, to condemn its present and to define its future. Many without much of anything in America are waiting, alongside those in the Dominican Republic, Cuba and elsewhere, for a new order, a new path forward and a new conscience to prevail.

With Trump and his cabal as today’s reality, there is a small chance that some light will permeate the darkness and that an America, chastised by guilt, can be reborn with promise as it emerges from today’s desperate depths. 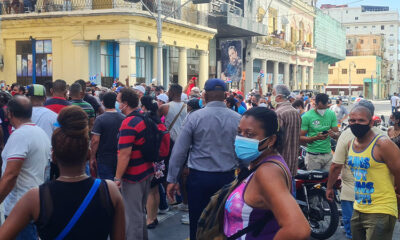 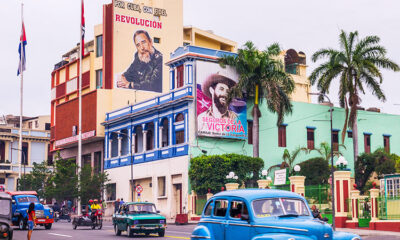 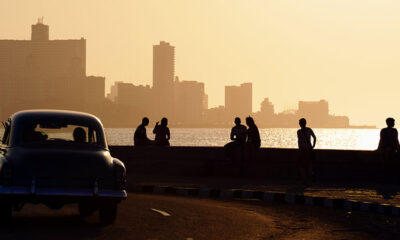