Voters will decide if the negotiated settlement ending decades of conflict with the FARC moves ahead.

As the sun was setting in Cartagena, Colombia, on Monday, September 26, thousands of national and international spectators, including dozens of world leaders and US Secretary of State John Kerry, gathered to bear witness to a sight that not long ago would have been unimaginable: Timoleón Jiménez, commander of the Revolutionary Armed Forces of Colombia (FARC), the country’s largest guerrilla group, signing a peace accord with President Juan Manuel Santos.

The agreement ends 52 years of armed conflict between the two groups that has cost over 220,000 lives and left over eight million conflict victims. As an international witness, I was swept up by the emotions of those around me. Flags waved in the breeze, groups of victims and children sang, and the sunset over the Caribbean seemed a harbinger for a new dawn of peace. Over four years of negotiations had succeeded and the war was over.

Yet even as the ceremony was concluding, an impending sense of uncertainty set in; the accords were not final. They have to pass a referendum by the Colombian people this Sunday, October 2. If the majority says yes, implementation of the accords and FARC disarmament begin immediately. However, if the answer is no, the fragile peace will fall apart.

To many abroad, voting no to peace seems unfathomable. However, in Colombia it’s not that simple. For the past months the political climate has been marked by polarization and uncertainty. Across the board, misinformation abounds on media and social networks. Few people have actually read the 297-page accords and rely on often misleading mass and social media to learn about their content. While government agencies have attempted to disseminate concise, easy to understand information on what the accords really mean, those who are against the peace agreement have been actively disseminating rumors and myths.

Most Colombians agree that the agreement isn’t flawless. The most controversial points include transitional justice mechanisms, guaranteed political participation for demobilized ex-combatants as early as 2018, and subsidies including education and support for productive projects for demobilized ex-combatants. But transitional justice processes are rarely flawless, and Colombia’s agreement goes beyond what others have reached elsewhere in the world.

Moreover, in this case it’s important to remember that Colombia is not negotiating a transition from a dictatorship to democracy, as in Argentina and Chile, but rather from a sustained conflict to peace. And unlike post-World War II, the FARC were never defeated militarily by the government, which has meant that the two parties always negotiated as equals. Both sides have ceded certain points, and in general analyses have found that the FARC ceded more.

For its part, an active No campaign has been led by ex-President Alvaro Uribe, who has always denied the existence of an ideological armed conflict, reducing FARC to nothing more than “drug terrorists” and advocating a military victory. However, despite over 50 years of conflict and billions of dollars of military aid from the United States, a military victory has proven elusive. Rather than defeating the FARC, the ongoing conflict has caused extensive forced displacement (Colombia is number one in the world, according to UNHCR), landmine accidents (Colombia is number two after Afghanistan, according to the Landmine & Cluster Munition Monitor), forced disappearance (more than Argentina and Chile combined), sexual violence, forced recruitment, murder, and other human rights violations to millions of people.

Furthermore, it has prevented Colombia from addressing other pressing development issues including education and public health in its poorest regions and targeting criminal gangs dedicated to drug trafficking. Uribe, whose fight The Economist has called “wrong-headed,” was present leading protests in Cartagena on Monday, likening the Santos administration to Narco-Chavistas—a reference to the former Venezuelan president Hugo Chavez, who supported bringing FARC to the negotiating table. While some proponents of a No vote express valid concerns about post-conflict scenarios, its loudest and most public voices have relied on scaring the population back to war.

A Chance for Peace

For its part, the Yes campaign has also been active through efforts of private citizens and the Santos administration. Its proponents have worked hard to dispel myths and misleading memes circulating on social media, clear up the accords’ contents, and explain the benefits that Colombia will have as a country in peace—including the opportunity to redirect millions of dollars that are currently spent on the war machine to dire social needs.

The Yes movement has worked tirelessly around the country to get out the vote. While the government has been a flag-bearer for the peace agreement and one of its principal proponents, supporting peace does not necessarily mean that one supports Santos. Many citizens who disagree with the administration’s overall direction have come together to support peace as a larger goal beyond party politics.

In general, this is the last chance to reach peace with the FARC. While the guerrilla group is notably weaker than 15 years ago, when it was capable of taking over entire towns and carrying out attacks in capital cities, its staying power is undeniable.

Colombia has faced multiple failed peace processes with FARC in the past, none of which came as close to succeeding as this one. Now, both the government and the FARC’s top leadership are completely on board. They have decided that it is time, and that if they don’t negotiate they will die in the jungle of old age or at the hands of a targeted smart bomb, perhaps facilitated with support from US forces. This time, commitment to the peace process has been fundamental.

The agreement itself is monumental. Despite massive differences and serious mistrust, the government and FARC came together to negotiate rural development, ending drug trafficking, victims’ reparation, disarmament and demobilization, and other sticky topics. Their negotiations set a standard to live up to for other conflicts around the world. Perhaps the agreements could be better, but as so many people are saying in Colombia these days —including President Santos at the peace signing: Do we prefer a perfect war or an imperfect peace?

While opinion polls continue to shift back and forth from No to Yes, the most recent ones suggest that the referendum will pass. In general, it seems that Colombians agree it’s time to move on. For their part, conflict victims in rural areas are generally strongly in favor of the agreements and tend to be more willing to forgive than those who haven’t been directly affected by the conflict. They understand the importance of guaranteeing that the next generation does not have to suffer the same painful, all-encompassing conflict.

The peace accords are just a first step. The important part is what comes next. Colombians are skeptical, as are members of the FARC—in the past demobilized ex-combatants have been targeted and killed by other illegal armed actors once they disarm. Implementation and long-term peacebuilding, including stopping criminal groups from filling spaces left behind by FARC as it demobilizes, present serious challenges. But peace also presents significant opportunities for Colombia to leave behind a legacy of conflict and move on to a better tomorrow, creating a culture where dialogue, and not violence, is the way to solve differences.

Near the end of Jimenéz’s speech on Monday, three supersonic jets unexpectedly blasted over the outdoor site where the ceremony was held in an apparent miscue. FARC’s top leader’s face seemed to fill with fear. Spectators also expressed shock. Understandably, in a country that has been wracked by decades of conflict this was a frightening sound.

It also felt like a reminder of what could happen if Colombians don’t choose Yes on Sunday and the country slips back into the longest ongoing civil war in Latin America. 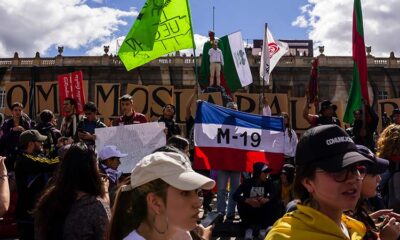 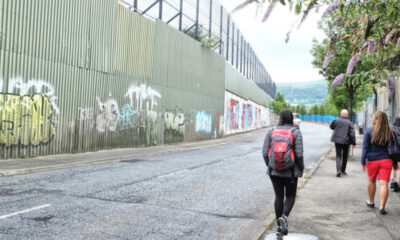 Why a Car Bomb in Northern Ireland Should Worry Colombia 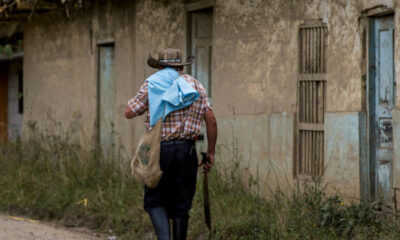 Can the FARC Overcome Its Historic Divides?