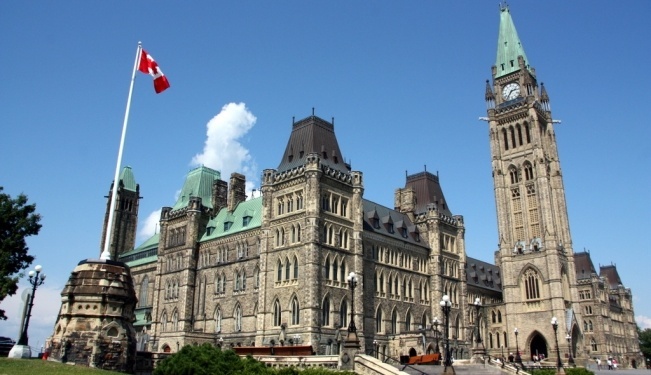 Despite a non-confidence vote earlier in 2011, the Conservative Party of Canada under Stephen Harper has increased its hold of the Canadian parliament. With this public mandate Harper’s Canada shows an inclination to expand its political and military influence overseas in a drastic departure from the country’s traditional neutral stance. Yet despite a perceived mandate this aggressive stance threatens to erode conservatives’ support among the moderates and could signal a coming turnover in parliament if Harper does not moderate his goals.

Canada’s elections provide the conservative government with a mandate for more assertive policy overseas, and at home

In late March, Canada's minority Conservative government suffered a defeat in the House of Commons by a motion of non-confidence. The motion was raised over a ruling that found a government in contempt of Parliament for the first time in the history of the Commonwealth. Despite this, the Conservative government was awarded a majority mandate from the Canadian people on May 2nd.

With four years to implement his agenda, Prime Minister Stephen Harper is expected first to focus on moves meant to satisfy his base, including developing an omnibus crime bill and eliminating the per-vote taxpayer subsidy to political parties. With a majority government, it is also expected that Mr. Harper will be able to tackle the deficit and reduce the size of government more aggressively.

The Conservative Party of Canada was born in 2003 through a merger of Canada's two right-leaning parties: the Western-based Canadian Alliance and the more moderate Progressive Conservative (PC) Party. The move was largely seen as a "big fish swallowing a little fish" because the Canadian Alliance's caucus in Canada's House of Commons was far larger than that of the PC Party, which had failed to recover from a historic defeat in the 1993 election that reduced it to a mere two seats.

The party, known for its Western roots, has adopted what many have called an adversarial attitude to the political traditions of Central Canada, namely the Liberal strongholds of Ontario and Quebec. (The Liberal Party of Canada was in power for so much of the 20th century that it was dubbed Canada's "natural governing party.")

This attitude has manifested itself in many ways, notably in the government's attempts to elevate expediency to the level of a constitutional principle. For example, Harper has used the prime minister's right to prorogue Parliament to avoid confidence motions in the House of Commons and that the party that comes in first place in a general election reserves the right to govern regardless of whether it has won a majority mandate or not.

It has also manifested itself through the adoption of foreign policy positions that represent a departure from Canada's traditionally passive standpoint. Canada's recently reelected prime minister has already used his majority mandate to flex his muscle on the world stage.

At the recent G8 meetings in France, Stephen Harper was alone in standing against any mention of the "1967 lines" as a starting point for resuming Israeli-Palestinian negotiations. It is expected that Canada will maintain the pro-Israel stance that it has held since the Liberal government of Paul Martin (2003-2006).

Furthermore, Canada is already looking to expand its military reach by establishing a permanent presence in Jamaica, South Korea, Kuwait, Senegal, Germany, Kenya and Singapore. Establishing a permanent base in Jamaica may be interpreted as a means of facilitating the transfer of humanitarian goods to Haiti in case of another disaster. However, this expanded global reach also signals that Canada is prepared to participate in other combat missions similar to its mission in Afghanistan.

Canada's engagement in NATO missions Afghanistan and Libya, the latter led by a Canadian, signal that Mr. Harper's government believes that Canada has some world policing to do. This is a significant shift from Canada's previous focus on UN peacekeeping missions, themselves a Canadian invention. This is perhaps a sign that UN peacekeeping missions are quickly becoming a thing of the past. Yet many Canadians, including the Liberal Party's leader in the 2011 election Michael Ignatieff, have been calling for a Canadian return to wearing the blue helmet.

Armed conflicts aside, Canada's new majority government has some serious challenges ahead of it on the foreign policy front. In particular, it is going to have to find a way to balance its declared support for the pursuit of free trade agreements with domestic factors and Canada-US relations.

During the election, the Conservative Party pledged to reach free trade deals with both India and the European Union over the next three years. There remain two principal obstacles to achieving this goal.

First, Canada's supply management system, which causes dairy products imported to Canada to receive a 300% tariff, has hampered its ability to join in on the Trans-Pacific Partnership. Having already struck out in free trade negotiations with South Korea and Singapore, it seems unlikely that Canada could close a deal with either the EU or with India without considering agriculture reform at the expense of Canadian dairy farmers. While the farmers represent merely one percent of Canada's economy, they are a powerful lobby in Ottawa.

Second, international pressure mounting against extraction in Alberta's oil sands could pose an obstacle to negotiating a free trade deal with the EU. Tens of thousands of jobs are at stake for the Canadian economy, and it is likely that the Harper government will expand on its recently announced perimeter security deal with the US by agreeing on a common environmental standard for both countries, possibly in the form of a joint carbon tax policy for businesses.

Extraction in the sands is threatened by possible sanctions imposed under the Canada-US Free Trade Agreement by the US Environmental Protection Agency regarding environmental concerns. The Canadian economy being dependent upon trade with the United States, Canada may be forced to jeopardize its plan to complete a free trade agreement with the European Union by pursuing a Canada-US bilateral environmental deal in order to protect Canada's oil exports.

The Conservative Party of Canada came to Ottawa with a vision to change Canada's political landscape. Uniting the right and progressively contributing to the decline of the Liberal Party, which won a meager 34 seats out of 308 in the recent election, proved that Canada's Tories have learned how to perform at the polls. Yet the pragmatic challenges they now face as a governing party – combined with the necessity to hold onto Canada's political centre in order to maintain power over the long term – threaten to stunt several of Harper's foreign policy goals.