A critical look at Evo Morales’ disguised support of right-wing politics in Bolivia.

On October 12, Bolivians elected President Evo Morales for a third time. In office since 2006, he serves the longest tenure of any democratically elected government in Bolivia since the military coup of 1982. Sixty-one percent of multinational and multiethnic Bolivians supported the Movement for Socialism (MAS) and Morales as its indigenous representative. The elections were characterized by highly fragmented opposition parties that lacked new ideas and could not counter Morales’ popular slogan: “process of change.”

This motto explains all three of his electoral victories. However, the meaning of the slogan has changed over the course of the president’s time in office. In 2006, it meant hope for indigenous rights, and for social transformation and recognition of a multiethnic state. Morales became the world’s first indigenous president and kept his promise. His first term was shaped by extensive constitutional reform. It resulted in the Political Constitution of the State in 2008 and considered Bolivia’s “plurinational” character and indigenous peoples’ rights. This entailed building a legal culture of multinational conviviality and the establishment of an indigenous rights catalog.

Yet Morales’ victory further fosters one particular kind of indigeneity. Morales comes from the Andes, and represents mainly the Aymara and Quechua peoples of the highlands. Indigenous lowland peoples have not only encountered difficulties in being represented in the Andean capital, La Paz; lowland nations such as Guaranís and Chiquitanos were subject to hydrocarbon and mining activities without prior consultation. Affected Mojeño, Trinitario, Yuracaré and Chimanes peoples did not participate in decisions on the large-scale infrastructure project — the Isiboro Sécure National Park and Indigenous Territory (TIPNIS) — in their territories.

Means to an End

The process of change also implied leftist policies, as well as the reduction of transnational corporations. Morales actively combated US influence and expelled the United States Agency for International Development (USAID) from the country. Bolivia’s alliance with Venezuela and Cuba exemplified the president’s ideological outlook. Internationally, he became known as an advocate for sustainability and pachamama “mother earth” rhetoric representing the Andean-indigenous belief in socio-ecological principles. Particularly in his first term, Morales defended indigenous peoples’ rights and the buen vivir (good living) worldview, an alternative to development. Soon Morales’ environmental and sustainability concerns would only be expressed in front of an international audience and disappear in Bolivia.

Morales’ first election pledge included the nationalization of hydrocarbons and re-foundation of Bolivia’s biggest petrol company, YPFB. However, 85% of the country’s hydrocarbon production remained under the control of multinational companies such as Petrobras and Repsol. At the same time, extractive activities continue to be realized without the constitutionally established prior consultation of indigenous peoples and respect for the environment — various hydrocarbon projects in the Chaco region of Bolivia reveal this trend. Many multinational companies such as TOTAL E&P Bolivie, Gazprom, Pluspetrol, Easter, GTLI and Global Bolivia have taken advantage of this implementation gap. The failing of institutional reforms in the judiciary in the form of political submissions of judges and corrupt practices also exemplify unfulfilled campaign pledges.

The president’s slogan, “process of change,” continued to be important in his second term. This time it included a different agenda. It meant an alliance with hydrocarbon and mining corporations, the improvement of the banking, agribusiness and other entrepreneurial sectors to the detriment of social equality and human rights. Political and civil rights, such as freedom of expression and association, were encountered by severe assaults on the part of police forces. Fundamental due process rights are repeatedly violated, specifically in relation to Morales’ political opponents. In short, the MAS converted into a right-wing party in disguise: anti-indigenous policies and neoliberal market fundamentalism reflect this change of ideology. The period was marked by social protests and inconsistencies in Morales’ alleged pro-indigenous policies. His own ranks expressed serious concern.

Despite the lack of social change, Bolivia’s majority appreciates the thwarting of long-lasting economic deterioration. Irregularities in the electoral process, as well as disrespecting indigenous and popular demands, are regarded as collateral damage.

The process of change converted into a call for economic growth and absence of social transformation. As a consequence, previous MAS members changed allegiance and moved on to new political parties to represent Morales’ original ideology. On the one hand, the Movement Without Fear (MSM) tried to establish a form of urban left-wing policies. On the other, the Green Party of Bolivia (PVB) represented opposition to Morales’ controversial infrastructure project through the indigenous territory and protected area TIPNIS.

Bolivians considered his third electoral victory as inevitable, as fragmented and unorganized opposition parties cleared the way for Morales’ third term in office. Additionally, Morales intensified his presence in all departments and received more nationwide support than ever before. Paradoxically, the perseverative process of change was reinvented as a formula for stability. In contrast to its revolutionary and transformative beginnings, MAS has become a symbol of the status quo.

Despite the lack of social change, Bolivia’s majority appreciates the thwarting of long-lasting economic deterioration. Irregularities in the electoral process, as well as disrespecting indigenous and popular demands, are regarded as collateral damage. The economic development of Bolivia has become a standard excuse for the negation of social policies and enjoyment of human rights. In short, the end justifies the means in the Morales administration.

To the rest of the world, Morales and his policies may seem as the embodiment of indigenous advancement at an international level. However, in light of his failed electoral promises at the national level, his re-election only paves the way to more social inequality and extension of extractive industries. Repetitive acts of violent repression of social and indigenous movements contribute to the situation of social injustice.

The president’s re-election could have manifold impacts on other indigenous groups of plurinational Bolivia. In light of a progressing mining sector and recent explorations in the country’s lowlands, Chiquitano peoples are most likely to be subjected to un-consulted extractive activities in their territories. Large-scale infrastructure projects without consultation of indigenous peoples and police presence in the Bolivian Amazon area further jeopardize the respect for indigenous participatory rights. Morales’ continued role over Bolivia might exacerbate inter-indigenous conflicts and human rights violations.

Finally, Morales’ recent legislative reforms will bear fruit in the coming years. This includes laws that guarantee extraction of natural resources without consulting the affected population, prioritize the corporate sector and allow mining exploration without consulting indigenous peoples. It also comprehends regulations that relieve transnational companies from responsibilities in investments and legalize illegal deforestation in indigenous territories as reflected in Law No. 516 on the Promotion of Investments.

The electoral victory of the Morales administration allows a growth-led process of change, yet it jeopardizes social transformation. Social transformation needs to involve Bolivia’s social movements and indigenous peoples who have been left out in recent years. It is expected that Morales’ cabinet will continue adopting legislation that violates indigenous rights. The inclusion of indigenous peoples in legislative processes, in accordance with their customs and traditions, would enhance human rights in Bolivia. The time has come for the Morales administration to turn the constitution into a tangible reality for both indigenous and non-indigenous peoples. 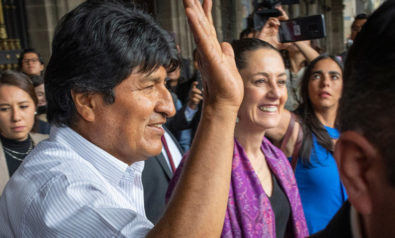 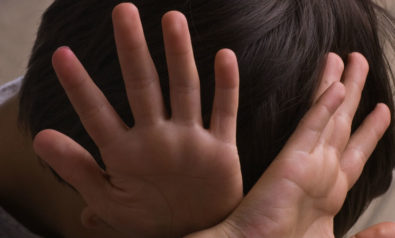 The Long Road Toward Eradicating Child Labor in Latin America