Evo Morales’ re-election bid will be a referendum on his current administration.

Evo Morales, the president of the Plurinational State of Bolivia, is currently in his 13th year in office, with aspirations of remaining until 2025. He is the longest consecutively serving head of state in Latin America, whose expert deployment of clientelism has continued to reward the discipline of party members and civil servants. Morales is not immune to the so-called politician’s dilemma — a term coined by Barbara Geddes to explain partisan strategies of survival. Even though granting plum appointments to loyalists appears to create a competent bureaucracy, burden sharing is tearing at the seams of a delicate political climate.

It is not just political elites that exclusively benefit from President Morales’ expansive network of partisan maneuvering. Civil society organizations are mobilized specifically to achieve political expediency with promises of accessibility or economic prosperity. The Bolivian economy has steadily grown, and a significant reduction in poverty serves to bolster the administration’s achievements. World Bank data from 2006 indicate poverty affected 59.91% of the population; in 2016, it was down to 39.5%.

Historically, indigenous people have been shut out from economic opportunities. Morales, who is the country’s first indigenous president, has taken deliberate action on the distribution of public goods. Grassroots leaders at the helm of the progressive movement continue to work with supporters to reassure them that the current government is on their side.

Moreover, the Movement to Socialism party (MAS) is struggling to maintain a stronghold. MAS activists curry favorable votes and perpetuate the spoils of a MAS victory. In their political vision this can only be possible with Morales as the guarantor. The National Coordination for Bolivia (Conalcam) is a Tammany Hall-style political machine responsible for turning out people to various local activities. These visibility events are organized by supporters from all sectors of the electorate to boost enthusiasm for the Morales administration.

The president has overcome corruption scandals, including charges of inadequate fiscal transparency. The 2014 International Monetary Fund report on Bolivia documented poor reporting of tax expenditure and mismanagement of external audits. Diminishing transparency is also an example of weakened democratic institutions. In this environment, Morales seems unscathed by these fiscal and judicial problems.

In How Democracies Die, Steven Levitsky and Daniel Ziblatt describe conditions of institutional forbearance, including violation of constitutional rules. Bolivia embodies a populist government that has weakened judicial independence, where the rule of law is repeatedly bent to subvert democracy. Manipulating popular support, as Levitsky and Ziblatt outline, is a page from a populist’s playbook on claiming political legitimacy. Overreach of civil liberties in a populist government has consequences for its stability and leaves the door open for authoritarianism to creep in.

Both the 2009 and 2017 overhauls of the Bolivian Constitution are examples of how the Morales administration has forged the ideas of a social movement into state building. A government-controlled court, backed by Morales, authorized the 2017 constitutional reform and subsequently eliminated presidential term limits. In part, the 2009 constitutional reform facilitated a judiciary shakeup, especially following the 2011 judicial election. A point of pride for MAS is furthering successful representation of marginalized communities, and the newly reformed constitution was able to claim a historic number of female judges elected into office, including many of indigenous origin. In Bolivia, judicial activism has a greater likelihood of bending toward authoritarianism. The judiciary is, in principle, independent from the executive, but in practice it is yet another mechanism for expansive powers. Judicial independence has been eroded through unrestrained constitutional reform that lacks transparency in the selection process of judges, which just one example of corruption involving powerful interests. Judges must be able to freely apply the rule of law, but for the last few years, judicial independence has not been a guarantee for Bolivia’s federal judges.

In April 2018, the Organization of American States (OAS) took up Morales’ declaration that re-election is a human right based on his interpretation of Article 23 of the American Convention on Human Rights. Arguing that term limits inhibit political participation and representation, Morales hoped to substantiate his bid to a presidential re-election, but the OAS report rejected the claim.

The immediate challenge for Morales in a re-election bid is the unmistakable referendum on his current administration. The outcome of the presidential primary in January reveals just how deep the political rifts are. One viable contender for office is the former president, Carlos Mesa, and it will be interesting to see how he’s able to redefine civic participation. The results of the January primary show Mesa to be neck and neck with Morales.

Besides Morales and Mesa, the other presidential contenders include Óscar Ortiz and Jaime Paz Zamora, both a distant third and fourth in the primary, representing strong opposition factions determined to vote Morales out of office. In the final tier of candidates with 2% or less of the primary vote, Víctor Hugo Cardenas is notable for having experience as Bolivia’s vice president from 1993 to 1997. Cardenas is also an Aymara activist, representing the Solidarity Civic Unity opposition movement.

As can be seen by the fierce presidential competition, there’s a robust sector of the population that is keeping pressure on the Morales administration. Most recognized are the protests that question the legitimacy of the February 21, 2016 referendum (21F), which made it possible for Morales to remain as president. These protests signal continued grievances, but to date they have failed to oust Morales. Bolivia’s supreme electoral tribunal, with its partisan support for Morales, plays a role. The January primary election results reported a 45.51% turnout — or some 451,026 — of registered MAS voters. Not even a recent election monitoring visit from the Inter-American Commission on Human Rights has been able to diminish what Morales believes is an unwavering support from a traditional base of indigenous militants and other coalition members.

If MAS is able to consolidate power for Morales, such a win could have benefits for neighboring Venezuela as well. Having an ally in the region should ideally help Caracas to stem mass migration by securing resources and aid. At the moment, Morales is steering clear of the Venezuelan crisis, with his failing government focused on Morales’ own uncertain position in the upcoming election. Given the political unrest in Venezuela, it is most likely that Bolivia’s election plans will proceed without much international pressure.

The recent primary results show that this will not be an easy electoral season. Morales must tread carefully when it comes to both domestic and foreign policy. Missteps could easily provide Mesa with the tailwind he needs for electoral success. In a region that is seeing a return of right-wing conservatives, one of Mesa’s most valuable attributes is that he is not Morales. The region is wary of the crisis in Venezuela, and attempts to contain the spillover could prove consequential for the survival of a populist government like the one headed by Evo Morales. The “No Evo” block of voters will have their pick on October 20, and Mesa does have the advantage of executive experience. In baseball terms, Mesa could end up a five o’clock hitter, but a home run over Morales might prove harder to swing. 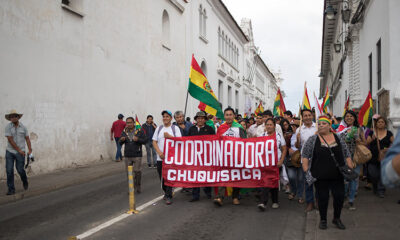 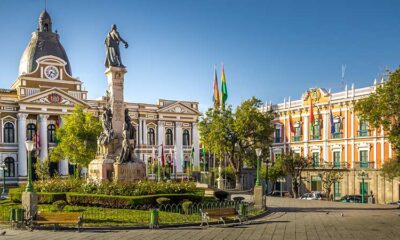