How Democracies Die is less about preaching to the choir and more about encouraging voters to re-examine their thinking.

The New York Times bestseller How Democracies Die, by Steven Levitsky and Daniel Ziblatt, provides a fascinating analysis of threats to democracy in comparative context. One of a growing number of bestsellers on authoritarianism, including Timothy Snyder’s On Tyranny and Madeleine Albright’s Fascism: A Warning, How Democracies Die brings a valuable perspective on the subject.

A charismatic outsider takes advantage of political turmoil, gaining support from mainstream party leaders who mistakenly believe they can keep the outsider under control and mute the more radical elements of his or her ideology. By the time it becomes clear the demagogue has uprooted democracy, it is too late. This is the scenario Levitsky and Ziblatt, both political scientists at Harvard, argue has happened repeatedly around the world, sometimes with catastrophic results.

With scientific rigor, Levitsky, an expert in Latin American politics, and Ziblatt, a scholar of European state-building, make their independent variable the rise of a radical outsider threatening to subvert democratic institutions, while the dependent variable is the result — whether the polity passed the stress test or institutions weaken and allow authoritarianism to take hold.

In cases where the radical outsider comes to power with the help from a mainstream party seeking to ride the coattails of his popularity, the result is usually a weakening of democratic institutions or even a slide into autocracy. The authors show this can occur in many democracies, whether mature or new, economically developed or developing.

The book is at its strongest when it provides rigor and historical context. Comparing democracies globally and comparing today’s American politics with past eras provides what newspaper headlines and pundits cannot: hard evidence showing that present controversies are truly novel in American history or have clear parallels in other countries. While some express unwavering faith in American institutions, the authors note American government depends on norms and human enforcement of checks and balances — the “guardrails of democracy”— as much as the text of the Constitution itself.

Indeed, they note, many South American democracies had founding documents based on the US Constitution, though not all survived. Shedding the blinders some wear by assuming America is immune to crises that befell other countries gives the authors the freedom to show what one can learn from 1930s Belgium and Finland, 1970s Chile or 21st-century Venezuela and Hungary.

Emily Holland and Hadas Aron call this argument “hysterical” and claim Levitsky and Ziblatt overstate the case for comparing the singularly American case of a uniquely “consolidated democracy” with less mature analogues on other continents. The comparisons, while imperfect, are useful for understanding the level of threat to a democracy. Rather than “conflate populism and regime type,” How Democracies Die identifies a risk of the erosion of democracy from leaders with undemocratic instincts rather than a certain degeneration into totalitarianism.

Although some of the data points may be questioned — they are right to point out, for example, that Poland is a democracy, albeit a weakened one — the criticisms fail to strike down the argument. The weakening of democratic institutions may occur without their destruction, and Levitsky and Ziblatt predict the most likely result for the current crisis is not a degeneration into dictatorship, but a weakening of institutions with a long recovery.

Perhaps most controversial is their causal linking of polarization of American democracy with the integration of African-Americans and other minority groups into mainstream politics. As minorities entered the political arena, they claim, traditional coalitions of leftists, centrists and rightists in both parties broke down, replaced by a Democratic Party representing liberals and minorities and a Republican Party of conservative whites alarmed at a perceived erosion of their political power.

Some might object to this claim that, while perhaps plausible, stands on shakier ground than other parts of the book, as commentators have identified various causes for current polarization, from the silos of cable news and social media to the stagnation of wages in the age of automation and globalization. Indeed, a Pew study shows while the Democratic Party has grown younger and more diverse, and the Republican Party has skewed toward older and whiter, this division already existed to some degree in 1992. The racial division already existed before the revolution Newt Gingrich brought to the House of Representatives. Additional evidence explaining how the demographic transformation of the parties occurred over the last quarter of a century would strengthen this part of the book, though the primary thesis nonetheless stands.

The State of US Politics

The writing rings less original when describing the state of American politics and the media today, with a list of complaints that at times smack of punditry. While the US president’s opponents will agree with the critique, those who voted for Donald Trump or are less convinced of his authoritarian tendencies may be put off by criticisms not directly related to the book’s primary thesis. Though the authors complain of the media and the hardball approach the Freedom Caucus takes in Congress, these assaults on the guardrails of democracy are neither particularly new nor easily remedied.

The result is a largely partisan distraction from the more compelling analyses the book can offer all Americans, including Republicans. Indeed, Republicans are a primary audience for the authors’ arguments, as they argue Republican leaders could have denounced Donald Trump and supported Hillary Clinton for the good of democracy.

The authors’ recommendations are clear, specific and realistic if political and civic leaders take note. Among some of the suggestions is the claim that fighting fire with fire frequently fails, just as using unorthodox methods to combat the rise of undemocratic leaders can backfire as the populace decries unfair opposition to elected leaders. Worse still, obstructing or attempting to remove from office a democratically elected leader with authoritarian tendencies can weaken the very institutions opponents seek to protect. This prescription contradicts cries on the American left to obstruct and combat every Republican bill or even to seek impeachment of the president before the Mueller investigation’s conclusion. Indeed, recent reports of a “backlash to the backlash” against President Trump seem to support the authors’ conclusion.

Another recommendation calls for a broad coalition across the political spectrum. Both proposals would be hard for hard-line opponents to accept.

In the end, a book like How Democracies Die is less about preaching to the choir and more about convincing the indifferent or encouraging supporters to re-examine their thinking when voting, wherever the ballot box might be. The work is an original contribution that is timely and of lasting value to researchers, politicians and any citizen of a democracy interested in understanding the current populist phenomenon.

*[How Democracies Die is published by Penguin Random House.] 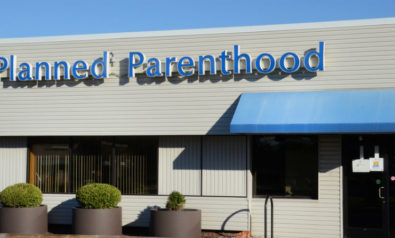