In a stimulating and insightful article published this week on Fair Observer, researcher and author Rejeanne Lacroix examines a surprising paradox that helps illuminate the contradictions of a world that is clearly undergoing a confused historical transition from what appears to be a principle of order defined by the unique model of the nation-state to something different, but as yet undefined.

Lacroix observes that ideology — at least in the West — appears to be coalescing around the combat between a worldview that pits traditionalism (Christianity, family values) against liberalism (multicultural tolerance for secular utilitarian morality). She ironically notes that the champion of the former appears to be the secular leader, Russian President Vladimir Putin, and the leading voice of the latter none other than Pope Francis.

To conclude her analysis, she somewhat glibly writes: “The future path of the international community will reveal which faction emerged on the right side of history.”

Right side of history:

Everything in the article reveals that Lacroix does not herself adhere to the simplistic Manichean principle of there being a “right side of history.” Instead she correctly represents how the two camps (to the extent that they are camps) see their current role in what some refer to as the cultural wars. By identifying Putin and Pope Francis as the symbolic leaders of the two opposing camps, she makes an important point, which could be summarized simply as: Never trust appearances or, to be more precise (and modern at the same time), never trust brands.

The notion of brands may provide the key to understanding not only this particular paradox of our current phase of history, but a number of others. The modern industrial economy began with the very material notions of exploiting and managing resources, investment, production, distribution and sales as discrete activities that collectively allowed for the creation and distribution of wealth. They have all been superseded by the notion — or indeed the mission — of branding. The money required for investment within our radically financialized marketplaces goes exclusively to brands. Any successful brand is a form of monopoly on a segment of its marketplace. The most successful brands are true monopolies that crush and humiliate all potentially significant rivals.

This is where we need to look beyond the obvious irony to detect the more complex conflicts that may be hidden behind it. Putin is clearly a nationalist, like Victor Orbán, Matteo Salvini or Marine Le Pen — all of whom he has made clandestine moves to support. But Putin’s Russia has its fingers in many pies and, potentially, the whole pastry shop, alongside and in rivalry with the US and China. His purpose in encouraging nationalists has more to do with weakening the traditional Western alliance than with imposing a nationalistic worldview. He pitches Christian values, which contradict pure nationalism, to consolidate his rule at home but also to position himself as a global moral leader. His strategy is cynical.

Pope Francis, by definition, has a universal mission, which should oppose all forms of nationalism. In that sense, his innovation consists of defending the brand as it formerly existed and breaking with the more recent tradition in which the Catholic Church sought local alignment with national governments, inciting them to integrate the church’s state values into their laws, such as banning abortion. That Francis is using his authority to show tolerance for secular values held by non-Catholics does not strictly mean that he is endorsing those values.

The irony of identifying Putin and Pope Francis as the two team captains, each defending the interests of the other team, is obvious. Putin has never attempted to hide his role as an unabashed authoritarian, not averse to employing a variety of forms of chicanery — including assassination — to achieve his goals. He is a manifestly amoral secular leader, who, like so many heads of state throughout history, has seen the dominant local religion as essentially a means of buttressing political power rather than as a framework proper moral behavior, least of all his own.

Francis is the voice of Vatican tradition, the custodian of a continuous plurimillennial theological tradition that has, throughout history, often been compromised with politics but defines itself as focused fundamentally on providing stable moral principles in the interest of individual salvation. Discovering that Putin has suddenly become the promoter of Christian values and Francis the defender of secular pluralism reveals some important facts about the current dynamics of history.

Looking beyond the obvious irony, it becomes clear that both Putin and Pope Francis are more nuanced than the true militants we can identify as the most active in each camp. If the traditionalist-nationalist camp has a global thought leader, Steve Bannon would be a more appropriate candidate. Lacking all nuance, he has spent the last two years doing his best to undermine democracy in Europe, while spreading his gospel of nationalism in the name of his preferred brand of Catholicism. Bannon, who was the chief strategist in the Trump administration, has lent his voice to the campaign to condemn Pope Francis for heresy.

If, as Lacroix’s article tells us, President Putin and even Syrian President Bashar al-Assad have come to the defense of Christian values, Putin’s take is much more balanced than Bannon’s: “You know, it seems to me that purely liberal or purely traditional ideas have never existed. Probably, they did once exist in the history of humankind, but everything very quickly ends in a deadlock if there is no diversity. Everything starts to become extreme one way or another.” His claim appears modest: “[T]raditional values are more stable and more important for millions of people.”

What this surprising reversal of apparent loyalties reveals is not so much that we’re witnessing a combat to determine who is on the “right side of history,” but rather that the former world order based on nation-states that had fed off the notions of moral norms provided by the prevailing religion is no longer viable.

At their extremes, both trends — the ultra-moral and the ultra-secular — have become more virulent, and we are more likely to see both crash and burn than one prevailing over the other. Bannon and Orbán-style nationalism is simply not viable in a globalized economy. Traditional universal religion or even purely cultural authority (e.g., the belief in democracy as a form of salvation) that its adherents believe must apply to every region and everyone in the world is no longer viable either.

There is another “side of history” we are all waiting to discover. 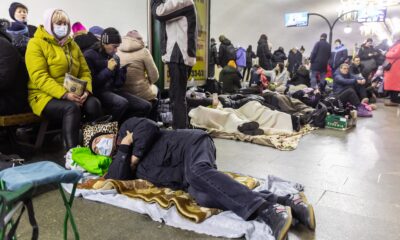 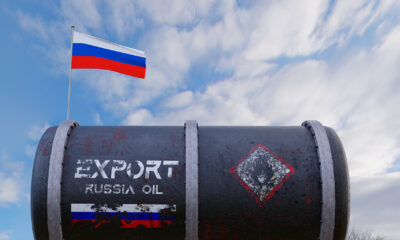