Sweden’s summer of discontent presages an ill wind for Europe this fall and beyond.

The election in Sweden on September 9 confirmed the trend throughout Europe of increasing numbers of voters ready to support populist, xenophobic, nationalistic, extreme right-wing parties.

One Swedish analyst quoted in The Guardian offers this wide-ranging explanation: “Traditional parties have failed to respond to the sense of discontent that exists. That discontent maybe isn’t directly related to unemployment or the economy, but simply a loss of faith in the political system. Sweden isn’t alone in this.”

A mental state shared by growing numbers in 21st century Western societies, provoked by the slowly unfolding realization that the world has not been designed to meet one’s personal needs, despite the fact that one belongs to the white race that has for centuries dominated world history

In every recent democratic election in the West, traditional parties are in total disarray. Donald Trump, Emmanuel Macron, the Five Star Movement in Italy (and the Northern League), the hyperreal presence of Boris Johnson in Britain, Alternative for Germany, and now the Sweden Democrats are all not just making headway creating some form of havoc in traditionally stable democracies. They are redefining the tone of political debate. More significantly, they have yanked away the rug of credibility that traditional parties have been standing on — a credibility based on their previously solid reputation as “serious” managers of all public business.

Al Jazeera notes that the “worst case scenario that many Swedes had feared, that the far-right Sweden Democrats party might edge into first place, has not come to pass.” The pattern is similar to that of France, where the Jean-Marie/Marine Le Pen-dominated Front National (now renamed Rassemblement National), has for two decades threatened in the polls, generating fear, but always failed to get anywhere near the reins of power. In both the French and Swedish case, the right-wing nationalist parties that built up steam by appealing to racist instincts made the marketing effort of softening their discourse, by promising to punish racist discourse, understood — wink, wink, nod, nod — as detrimental to their pragmatic goal of getting elected.

Earlier this summer, polls and pundits forecast for the far-right Sweden Democrats a score as high as 25%. The result is closer to 17%, which is nevertheless enough to throw the parliamentary system into confusion, if not yet chaos. For once, the world will be watching Sweden as the parties and personalities maneuver to define a majority.

At a time when nationalism, in the face of global trends, has definitively lost its credentials and its capacity to solve problems, those citizens who are exasperated intellectually by the effort required of them to come to terms with the assumptions and behaviors of other peoples and cultures, are increasingly tempted to use the tools of democracy to applaud — but not necessarily place in power — those whose discourse reflects nothing more than a sentiment of shared exasperation.

Until only a few years ago, rival parties — Democrats vs. Republicans, Conservatives vs Labour, Socialists vs. whatever name the French post-Gaullist center-right chose — would from regularly and without fanfare alternate at the head of government.

Whichever party they represented, the population expected them to carry on “business as usual,” with slight variations as to how that business was conducted and which segments of the population might see minor wishes fulfilled or favors granted. Government was a business, like any other, with its ups and downs, but whose long-term stability was assured by the fact that its market was a circumscribed nation and its government exercised a benevolent monopoly.

Will the West now find a way of living with the idea that around 20% of the voting populations of any number of nations are ready to challenge the legitimacy of the political managerial class? Can some other system than that of permanent well-established parties, run by seasoned professionals, replace the tired rivalries that no longer inspire the minimum of loyalty, confidence and optimism that people with the right to vote, but not to rule, have in the past been ready to shower on them.

Perhaps the drama is exaggerated. Sweden’s summer of discontent is small beans compared to the “winter of discontent” evoked by Shakespeare’s Duke Richard of Gloucester. The future Richard III was musing about the recently resolved Wars of the Roses, which had lasted for over 30 years and split the English nation into two camps, represented by two families, with consequences for both England and France.

Europe’s democracies now find themselves faced with the annoying challenge of having to improvise nonexistent majorities to meet the basic expectations of the citizens of any democracy. Stalemates are more common than checkmates, despite French President Emmanuel Macron’s miraculous achievement when he split the waters of the traditional left and right parties in France, walked across the dry land, got his majority before anyone knew what had happened, and now believes himself to be the new Moses (or Jupiter). The same scenario cannot happen in Germany, Britain, Italy, Sweden and elsewhere, because the historical circumstances are different.

Given the level of political uncertainty, Europe as a whole, may, like Moses, end up spending the next 40 years wandering a newly formed desert… thanks to recurring heat waves (exported by Trump) that continually raise the temperature and burn the sands of a new waste land. 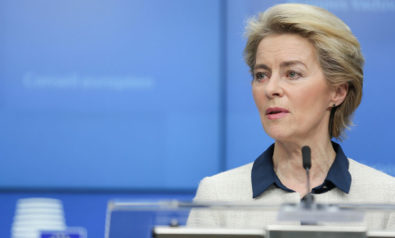 The CO2 Border Adjustment for the EU 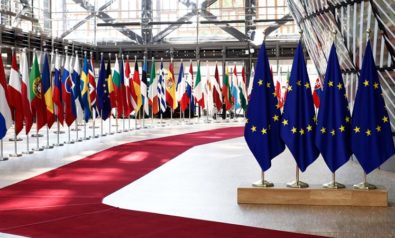