Sarajevo’s meeting of cultures makes it one of the most interesting cities in Europe. [Click the image above or scroll down to view the mini gallery.]

In April 1992, Bosnian Serb forces secured the hills that hug Sarajevo, which started the three and a half-year siege of the city. In what would become the bloodiest conflict since World War II, Bosnia and Herzegovina’s independence came at a price. Two million people were displaced as a result—half the population—with 100,000 dead and approximately 20,000 women systematically raped. The siege ended on February 29, 1996, and is the longest in modern history.

Despite the tragedies they’ve faced and the consistent efforts to commemorate the lives lost, it seems Sarajevans are eager to move on, and the city’s long-standing culture and diversity provides a hopeful and encouraging platform to do so.

Having been nicknamed the “Jerusalem of the West” when it was still a part of former Yugoslavia, Sarajevo is home to three main ethnic groups: Bosnian Muslims, who make up the majority of the city, Orthodox Serbians and Croatian Catholics. Where this diversity is most visible and felt is the municipality of Stari Grad, or the Old City, which is the most historically significant part of Sarajevo.

Stari Grad is split into two: The eastern half is influenced by the Ottomans, while the western part showcases architecture from when the Austro-Hungarians ruled. As a result, Stari Grad is a meeting place between East and West. The Old City is also characterized by its many religious structures, including the famous Gazi Husrev-beg mosque and the Sarajevo Cathedral.

Bascarsija, the Turkish market sector—where Ottoman General Isa-Beg Isakovic founded the city in the 15th century—sits at the heart of Stari Grad. The word Bascarsija comes from the Turkish language: bas meaning “head,” “main” or “capital,” and carsi, meaning “bazaar” or “market.” The Ottomans ruled for 400 years, and their lasting presence is felt in this part of the city, which was reserved solely for commerce. Narrow alleyways lead to market stalls and endless shops.

In 1878, Sarajevo suddenly became part of Austria-Hungary, which led to a dramatic change in the style of architecture. But that wasn’t all: The new rulers also brought better infrastructure, new technology and industry to Sarajevo, which made the city a testing ground for innovations before they were implemented in Vienna.

Due to this, Sarajevo was the first city in Europe to have an electrified tram system in 1885. Some of the best examples of Austro-Hungarian architecture can be found along the Miljacka River.

Sarajevo’s meeting of cultures makes it one of the most interesting cities in Europe, and its diverse history sets the stage for an optimistic future. Click the image above or scroll to view the mini gallery that illustrates examples of both the Ottoman and Austro-Hungarian inspired architecture. 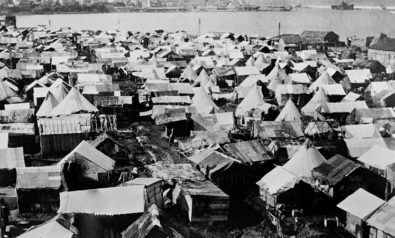 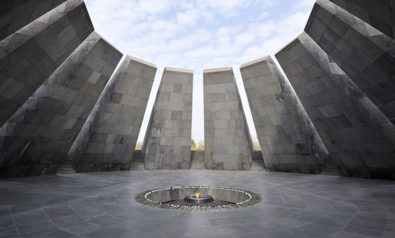 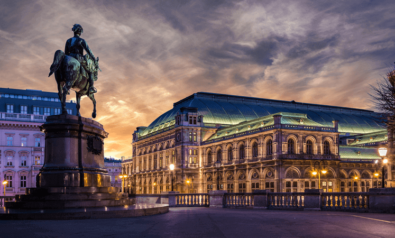 The Daily Devil’s Dictionary: Understanding the “Clash of Civilizations”