A remote Russian region of Novaya Zemlya has declared a state of emergency after what a local resident referred to as an “invasion” by polar bears.

For many years now, the image of a lonely polar bear standing on a small body of ice floating in the arctic has been invariably attached to articles and discussions about climate change. It now appears that the repeated image was more prophetic and certainly more ominous than the world — and this author — had assumed. While such images had a tinge of pathos and perhaps represented some form of a metaphor, now it appears that polar bears may indeed be the new canary in the coal mine (pun unintended) for climate change as they become desperate for food and taking extraordinary measures for survival.

In my book, A Climate for Denial, I explore the questions dealing with evidence of climate change. We are starting, sooner than expected, to observe numerous indicators of climate change impacts other than the data on observed sea level rises, polar ice caps melting and more severe weather conditions such as heat waves and, yes, even severe winter conditions.

As an indication of problems in the Arctic, there has in the past week been an unprecedented event where a remote Russian region of Novaya Zemlya has declared a state of emergency after what a local resident referred to as an “invasion” by polar bears. Belushya Guba, a military town on the archipelago, recorded at least 52 bear sightings on its streets since December. With Arctic sea ice diminishing as a result of climate change, polar bears are apparently being forced to change their hunting habits and spend more time on land looking for food.

In spring of 2014, 2015 and 2016, researchers at the University of California Santa Cruz tracked the hunting patterns of polar bears and their survival rates. They captured nine females on Beaufort Sea ice and measured the metabolic rates of each bear using blood and urine samples. They also fitted the bears with GPS-cameras to record and film their activity for 8-12 days, while metabolic tracers tracked the bears’ energy use. They found that polar bears actually have higher energy demands than previously thought, meaning they need to be catching a lot of food, such as seals.

It has been recorded that the extent of Arctic sea ice, as measured at its minimum in September, is decreasing at a rate of about 14% per decade, which is likely reducing polar bears’ access to seals. And their plight could be exacerbated by the need to alter hunting strategies with the seasons.

The researchers found that in the spring, polar bears are mostly preying on juvenile seals. But later in the year, after the bears’ long summer fast, those young seals are older and wiser, and the hunters are not able to catch as many. It’s thought that bears might catch a couple per month in the fall, compared to five to 10 per month in the spring and early summer. As demonstrated by the data gathered through the new technology that allows scientists to see how the animals move on the ice, tracking their activity patterns and energy needs, most of the bears were unable to catch enough prey to meet their energy needs.

In a recent paper published in February 2018 in Science magazine, the authors concluded: “Regional declines in polar bear populations have been attributed to changing sea ice conditions, but with limited information on the causative mechanisms. … Activity and movement on the sea ice strongly influenced metabolic demands. Consequently, increases in mobility resulting from ongoing and forecasted declines in and fragmentation of sea ice are likely to increase energy demands and may be an important factor explaining observed declines in body condition and survival.”

I’m often asked why we are so concerned with a degree or two of global warming because, intuitively, it doesn’t make sense that such a minor change in the average temperature of the earth would be such a big deal. Well, it turns out that apart from significant changes in the climate, the effects on the ecology are enormous. And the gradual melting of the ice in the Arctic and its impact on polar bears is just one example.

There are numerous other “canaries” that are starting to show signs of a deteriorating situation worldwide. A University of Edinburgh study found that migrating birds are responding to the effects of climate change by arriving at their breeding grounds earlier as global temperatures rise. This early arrival is causing some to miss out on food.

Climate change has also been identified as one of the factors that are driving considerable loss of habitat and extinction of death in bees and other insects. Insects are also the victims of extensive use of pesticides, deforestation and the clearing of land for intensive agriculture. The death of insects has clear and immediate impacts on human production of food and the survival of many other animals, including birds. The University of Edinburgh study, which looked at hundreds of species across five continents, found that birds are reaching their summer breeding grounds on average about one day earlier per degree of increasing global temperature.

There is no doubt that we will continue to see many other “canaries” or “polar bears” in years to come as the climate changes. What is perhaps more important is whether we are then compelled to take more direct and urgent action and leave the mine. 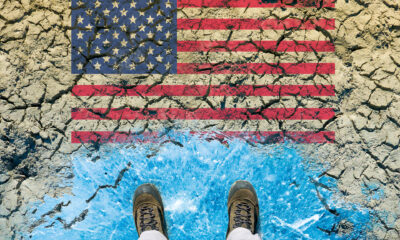