The World Happiness Report published by the United Nations in March this year identified Norway as the world’s third happiest country. The Scandinavian nation is doing remarkably well when it comes to key variables that influence well-being, such as income, freedom, trust, life expectancy, social support and generosity.

One of the wealthiest nations in the world, Norway offers free education, public pensions and universal health care to its residents and has made exemplary accomplishments in tackling inequality, unemployment and illiteracy.

Norway is seen as a model in the developing world, including in Western Europe and North America, given the remarkable strides it has made in becoming an economically prosperous and socially thriving country. About three-quarters of people between 15 and 64 have a job, which is higher than the OECD employment average of 68%, and 82% of adults aged 25 to 64 have completed secondary education. Their life satisfaction score of 9.9 out of 10 — one of the highest in the world.

Norway’s stability, safety, prosperity and the welfare system make it a popular destination for migrants. At the beginning of 2018, there were 746,700 immigrants as well as 170,000 Norwegians born to immigrant parents living in Norway. Poland, Lithuania, Somalia, Sweden and Pakistan are the top five main origin countries.

Yet despite being a happy, free and affluent country, Norway hasn’t been immune to right-wing extremism that has gained traction in different corners of the world. Corroborated by different investigations and studies, Islamophobia and racism are now serious challenges for the Norwegian society. According to the European Islamophobia Report, 14% of the country’s Muslims experienced harassment in 2017. The same report found that 34% of the population “displays marked prejudices against Muslims.”

In this edition of The Interview, Fair Observer talks to Dr. Cora Alexa Doving, a research professor at the Center for Studies of Holocaust and Religious Minorities in Oslo, about race relations, immigration and Islamophobia in Norwegian society.

Kourosh Ziabari: As of January 2018, immigrants accounted for just over 14% of Norway’s population. How does Norwegian society perceive its relationship with immigrants? Are they seen as a burden and a liability, or are they considered to be the drivers of the economy?

Cora Alexa Doving: Attitudes toward immigrants are in general positive in Norway. According to population surveys, a majority sees immigrants as hard-working people making a contribution to the economy and believes that immigration has had some positive impact on Norwegian culture. But in Norway, as elsewhere, xenophobia, discrimination and racism have been the side effects of migration. The integration of migrants into Norwegian society has generally been successful, so it is quite surprising that 34% of the population has marked prejudices against Muslims. The rise of anti-Muslim attitudes in Norway is intimately linked to the rise of populist right-wing formations that mobilize on an anti-Muslim platform, and prejudice against Muslims in Norway is of a cognitive, discursive and ideological nature rather than of an experience-based nature.

Ziabari: In 2015, the Committee on the Elimination of Racial Discrimination published a report stating that Norway is doing too little to combat the threat of racism and far-right extremist violence. Is the situation better in 2019, or do you think Norway is failing when it comes to addressing racial discrimination and xenophobia?

Doving: In 2015, the Norwegian government was criticized by the European Commission against Racism and Intolerance for not using the word “racism” in any political plans and programs. Warnings like this, in combination with the prevalent negative attitudes toward Muslims found in population surveys and broadly referred to in the media, and the increase in hate crime statistics for Muslims and darker-skinned citizens, have, however, led to a new concern for Islamophobia as a form of racism at the political level.

An illustrative example of this is that various political parties have initiated the development of a national action plan to combat racism toward ethnic and religious minorities. In the notes written in preparation for the plan, hostility toward Muslims is specifically addressed. Islamophobia is on the verge of being understood as a variant of racism existing in the midst of our society and not solely in the worldview of right-wing extremism.

Ziabari: The attacks of July 22, 2011, in which the far-right terrorist Anders Behring Breivik killed 77 people, were a critical moment for the country and the West in general. How do you evaluate the Norwegian government’s response to this tragic episode? Have the efforts to combat racism and xenophobia intensified since then?

Doving: During the first weeks after the terrorist attacks, the depiction of the Norwegian people as one was repeated again and again by both politicians and ordinary people. Never before were the minorities in Norway featured in such a positive light as during the weeks after the attacks. Minority religions were not measured against Norwegian values, but described as part of the Norwegian public values. The multicultural aspect was simply not up for debate.

The newspapers mediated the “multicultural society” as the image of the nation. I will also state that July 22 was a turning point in the history of the public awareness of Islamophobia in Norway. Still, the efforts to combat racism and xenophobia through concrete politics did not really increase after the terror attack, and I think the increase in focus on radical right-wing movements, which are marginal in Norway, has in some way contributed to a certain blindness to everyday racism.

Ziabari: The findings of the European Islamophobia Report 2017, to which you also contributed, suggest 14% of Muslims experienced harassment in this year while 34.1% of the population displayed marked prejudices against Muslims. Do these figures, as well as the prevalent sense of non-belonging among the Muslims of Norway, point to a serious problem of Islamophobia in the country?

Doving: Yes they do. Negative stereotypes of Muslims are widespread in Norway, and 34% of the population displays marked prejudices against Muslims, while 28% also dislikes and shows hostility toward Muslims. The fact that these numbers are from a population survey and not from a survey conducted in established anti-Muslim milieus shows a disturbing degree of anti-Muslim attitudes among “ordinary Norwegians.”

But it is important to underpin that the total picture of attitudes toward Muslims is multi-faceted. There are some good results: 52% agrees with the statement “Muslims are good Norwegian citizens,” and annual population surveys show that a larger majority is positive to having a multicultural society and to immigrants having the same rights as the rest of the population. These results make an alarmist conclusion of a majority population that hates Muslims unconvincing.

Still, Islamophobia needs to be combatted and the phenomenon seems — slowly — to be becoming an issue for political parties and debaters independent of a right or left axis in politics. I think that maybe the recent years’ increase in populist and more extreme right-wing milieus has led to a more hegemonic public understanding of Islamophobia among the general public.

Ziabari: How are Muslims portrayed in the Norwegian media? Does the media function as a mouthpiece for nationalists and right-wing extremists, or does it give an equal opportunity to religious and ethnic minorities to voice their views and contribute to debate on social, political and cultural issues?

Doving: The media seems to possess an unlimited interest in the presence of Muslims, and Islam has for many years been generally negatively framed as an intolerant and violent religion. The history of so-called migration debates in Norway is similarly marked by depictions of Muslims as “a political problem that must be solved.” But the media is not a mouthpiece for the far right — several alternative news sites function as such, but not the established media.

Also, some positive changes have occurred in recent years: Norwegian newspapers today provide a more nuanced picture of Islam than they did just a few years ago, not least because of the increasing number of Muslims participating in public debates. Muslim voices are central to the increased recognition of Islamophobia as a societal problem in the arena of public debates. National newspapers also have journalists who have covered Islam-related issues for several years and who have actively sought knowledge of Islam and Muslims. Several of these journalists have contributed to an increased focus on discrimination and prejudice against Muslims in the press. There has also been an increase in minorities engaging in debates, not only related to issues of discrimination and so on, but being a natural part of public debates.

Ziabari: Are groups such as SIAN (Stop Islamization of Norway), that openly encourage anti-Islam views and attitudes, free to carry out their activities and denigrate the Muslim community, or is there any government restriction on them?

Døving: SIAN is free to carry on, but they are carefully followed by the intelligence service. Interestingly, they have just been reported for hate crime by the police in Oslo and will be taken to court for racist expressions against Muslims.

Ziabari: Is Norway on a path to becoming more tolerant and inclusive? Generally, is the situation getting better for the religious and ethnic minorities?

Doving: This is an impossible question to answer. The general acceptance for cultural diversity is increasing in Norway, but at the same time we have an increase in hate crimes against minorities. What I can say something about, however, is that popular culture in Norway — literature, music, TV series — is more tolerant and diverse than ever. It has, to a much larger extent than politics, contributed to anti-racism. It is through popular culture that right-wing populism and xenophobia are combatted, and it is popular culture that makes diversity a natural part of what is considered to be Norwegian. 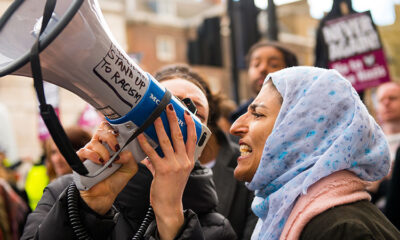 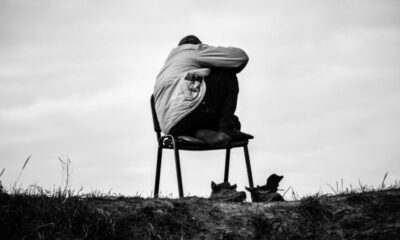 Europe Is Caught in a Wheel of Xenophobia