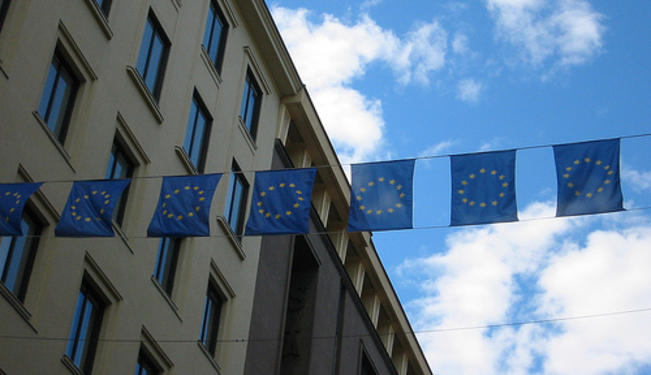 Analysis of the role of partisan versus nonparty government in EU states, and a synopsis of recent parliamentary elections. This piece is one of a series by influential thinkers and academics, as part of ECFR’s Reinvention of Europe project.

The future can be Italy. Mark Leonard envisages different scenarios for the future of the European Union, all implying clear choices of institutional formulas and diverse relations between member states and the Union. But Italy is already working on the basis of just broad policy consensus and non-party government. This could become the actual model for the EU and its member states in the short term.

A little more than one hundred days ago, Mario Monti became Italian Prime Minister after winning the confidence of 90% of members of parliament. Yet his government does not include any member of any political party. It is not enforcing partisan electoral promises, but the budgetary, tax, pension and other policies approved at the top of the European Union. This and comparable developments in Portugal, Greece, Spain and other countries, is making political elections at the state level in Europe almost irrelevant for policy-making.

Actually, governments are losing elections like never before. There have been 30 parliamentary elections in 26 EU member-states (including Croatia) since the moment when the current economic crisis exploded more visibly in September 2008. After 19 of these elections the incumbent prime minister’s party has been replaced with a member of another party. This ratio of two-thirds of government defeats is in dramatic contrast with the traditional incumbent advantage which made governments win about two-thirds of the elections in the previous six decades. The most dramatic cases in the last few years include Hungary, where the government party lost more than half of its previous electoral support; Ireland, where the most common ruling party since the country’s independence slipped to third in terms of votes; and Spain, where the governing party got its worst results and the opposition party its best results ever. The coming election in Greece may even beat these records, according to some pre-electoral polls.

Yet it may well also be the case that if the economic situation does not improve clearly in the next few years – as is widely forecasted – some of the current winners may become losers at the following election. This has already happened in the two cases of anticipated elections in the last few months, in Slovenia and Croatia, where the recent winners were crushed. Entire party systems, that have sustained the working of democratic regimes in many countries of Europe for decades, can be shaken.

Can a country survive without a partisan state government? The popularity of the Italian government seems to indicate that it actually can do it better than many of its predecessors. A variant of this type of experience has taken place in Belgium, which has been under interim or caretaker federal governments for about half of the last five years, including a world record 18-month absence after the 2010 election. This has not been a direct consequence of the economic crisis, but was rather mainly due to the country’s territorial division. Nonetheless, as Belgian political scientists Kris Deschouwer and Marc Hooghe aver in a forthcoming collection of articles, the Belgian case informs us more generally about “the conditions of governance given the current trend towards multi-level governance in the European Union”.

In fact, the absence of partisan state governments is having only a limited impact on governance. Technical or caretaker governments, as in Italy, Greece and Belgium, limit themselves to implementing earlier agreed EU obligations, especially with regard to budget and economic policy. The existence of multiple level governments including local, regional, state and Union bodies is a safeguard against government ineffectiveness. Non-party governance is also helped by the role of non-elected and non-partisan bodies, including the civil service and the judicial system, which rely on standard administrative procedures.

Nowadays, whether a member state of the European Union has right-wing or left-wing parties in government does not make a significant difference in practice. It’s the EU, or at least the small ruling group informally formed recently around the presidency of the European Council, that has taken over some of the most fundamental and traditional tasks of state governments. The opportunity created by the current financial and economic crisis is completing the loss of sovereignty of the states. If there is no sovereignty, there is no state. And if there is no state, there is no state democracy, to be sure. A crucial mismatch, then, is that while consensual policy-making and effectiveness is increasingly placed at the EU level, Europe-wide policy-makers are still based on state-level elections. For democracy to survive and retrieve in Europe, responsiveness and accountability of rulers should be moving from the state level to the EU level, where so many crucial decisions are already being made.

This piece is one of a series by influential thinkers and academics, as part of ECFR’s Reinvention of Europe project.

*[This article was originally published by ECFR on February 27, 2012.]