The recent publication of the British Social Attitudes Survey offered dismal reading for the Church of England and British Christianity more broadly. As Polly Toynbee put it in The Guardian, the findings showed that Christianity in Britain was in rapid retreat. In little more than a decade, the number of people describing themselves as having no faith had risen from 43% to 52%, with a further quarter stating “I do not believe in God.” Particularly alarming for the Church of England was that only 1% of those aged 18 to 24 claim adherence to the institution.

While identification and adherence to Christianity — including church attendance — would appear to be in something of terminal decline, the effective co-option of Christian ideas and emblems among the radical right is continuing unabated. This is not only happening in Britain, however. In various locations across Europe, the need to “defend” or even “take back” Christian Europe has been as much a mainstay of right-wing populist rhetoric as it has been among those further along the right-wing spectrum. Turn back the clock a few decades in the United States, and it is easy to recall how the Ku Klux Klan used a burning cross to signify intimidation and threaten violence.

It is far from coincidence that in recent years, Britain First has adopted the tactic of carrying large white crosses during demonstrations in densely populated Muslim areas. Developing a theme, the group has also undertaken Christian patrols in armored vehicles in similarly populated areas while also organizing mosque invasions, where imams and worshippers are confronted by activists insisting they accept copies of British Army-issue Bibles.

What is interesting about Britain First is that its founder, James Dowson, was a former evangelical Protestant minister who had previously been a vociferous campaigner against abortion. In its early years, at least, a number of the group’s hierarchy also believed the apocalyptic endgame was near, whereby salvation could only be achieved through an ensuing war between Christianity and Islam.

More recently, Paul Golding, Britain First’s leader, has made a direct correlation between what the group is currently doing and what Jesus is alleged to have done two millennia ago. As he stated in an interview with Christian Today: “Jesus Christ did use physical violence according to the Gospels in the temple in Jerusalem, and he met a very violent end. He preached love and forgiveness etc, [sic] but he also said he didn’t come to bring peace; he came to bring division and a sword, he came to bring fire upon the world to sort the world out.”

Over the past decade and a half, the co-option of Christianity by the radical right has been an integral aspect of its virulent Islamophobia. As a means of demarcating “us” from “them,” the British National Party (BNP) did this by stressing the view that, historically, Britain had always been a Christian country. Accordingly, the religion of Islam and Muslims themselves were unlike who “we” — the majority culture — have always been. Because of this — at least as the BNP’s rationale suggested — Islam and Muslims would always be incompatible with “our” culture, “our” way of life, “our” values and so on.

While it is easy to dismiss such claims, my own research has shown that such rhetoric can be extremely effective. Investigating the radical right’s opposition to the building of a “super mosque” in Dudley — the preferred descriptor of the BNP and English Defence League (EDL) at the time — not only did the need to “defend” the town’s Christian heritage strike a chord among local people but so too did a number of evangelical churches in the area give voice to the radical right’s campaigning. In trying to counter the successful inroads the radical right were making in the town, a local interfaith group made the following public statement: “The EDL are also known for using faith to promote their agenda, with a clear anti-Muslim stance, and when pressed bring the church and other faiths into the debate to justify their position … there will no doubt be an attempt to use faith, particularly the Christian faith to justify extremist views and violence”

The radical right has not gone unchallenged. Just a few years back, 14 of Britain’s largest Christian churches unequivocally condemned the co-option of Christianity and its emblems. Describing the doing so as provocative, self-serving and far removed from teachings of the Christian faith, Reverend Dr. Damian Howard, of the Catholic Church in England and Wales, stated that while “it’s extremely painful for any Christian when the name of Jesus Christ is hijacked to justify hatred and to spread fear and mistrust,” the radical right’s “crude and divisive tactics [ran] contrary to the true spirit of Christian love.”

Whether the rapid decline in identification and adherence to Christianity in Britain will have any impact on the radical right’s co-option of associated ideas and emblems remains to be seen. However, one might take heed of the findings from research published in the New Statesman last year. Focusing on Europe more broadly, the research found that those most likely to support the aggressive use of Christianity by the radical right were also disproportionately irreligious. Contrary to the view propagated by the radical right, the same research also showed that church attendance was one of the strongest statistical predictors for voting against the radical right.

Constructing a mythic past is a critical aspect of fascist and radical-right ideologies. In line with Umberto Eco’s 14 features of fascism, today’s co-option of Christianity fulfils the cult of tradition, one where Christianity and Christian values were the norm, and where all in the world was good. But while that tradition might contemporarily be deployed to the Other, the religion of Islam and Muslim communities — and thereby deemed acceptable by some — that same tradition can be as easily deployed to push back against the rights afforded women and those who identify as LGBTQ. The same is true of reproductive rights and various other liberal and civil rights.

While the bells may have tolled for Christianity in today’s Britain, it is highly unlikely that the radical right will be jettisoning its co-option in the foreseeable future. For the time being, Christianity fulfils a vital ideological function quite irrespective of whether people fill the pews or not. 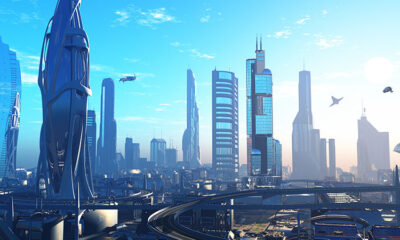 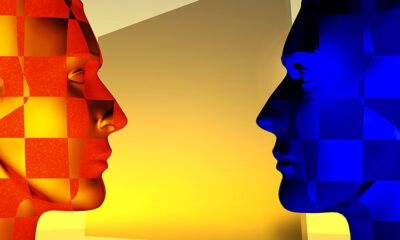 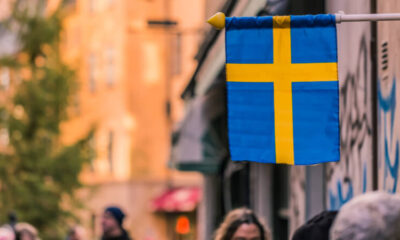