The national ecosystem must be preserved and remain pure — free from those who do not belong.

While the significance of preserving and caring for the natural environment in radical-right thought might surprise some, it is thoroughly rooted in the importance some of these actors attach to the space in which the Volk is supposed to flourish. In this context, biodiversity is connected to care for the national ecosystem and a wider program put forward by the radical right and especially its extreme-right fringe.

Significance attached to biodiversity by the radical right is of course not a recent development. For example, it is visible in contributions by the French and German New Right during the 1980s. More recently, Alain de Benoist and Charles Champetier have argued for an “integral ecology” which views nature “as a partner and not as an adversary or object. This does not diminish the unique importance of mankind, but it does deny to man his exclusive position that Christianity and classical humanism had assigned him. Economic hubris and Promethean technology must be held in check by a sense of balance and harmony. A worldwide effort must be undertaken to establishing binding norms and guidelines for the preservation of biodiversity.”

Biodiversity is thus to be protected against the onslaught of all that, in their view, spawns from liberalism — “the main enemy.” Besides individualism, the two authors identify the “economic impulse,” the “commercialisation of social life” as the key element — and it is opposition to the latter which has long been a pillar of the extreme end of the radical-right spectrum. Indeed, warnings against “disdainful” materialism echo through such actors’ communication since the 19th century, warnings which present such materialism as the ultimate danger to communal and spiritual depth, to racial and cultural “sustainability.”

Such a critique is also visible in wide parts of the radical right’s attitude toward the natural environment, namely in how these actors defend the richness and diversity of the national flora and fauna against this materialism. In this view, ecosystems, with their specific biodiversity settings, are relatively stable units. They host an established variety of animals and plants, and reducing this diversity or introducing something into the system endangers the existing balance. Thus, instead of dynamism and change, particular ecosystems have to be conserved and protected. Amongst others, the following three green themes underlie this defense.

First, those within the radical right who are seriously concerned about the natural environment point explicitly to human activity as being responsible for threats to national biodiversity. That is, there is no neoliberal, environmental skepticism. Instead, dangers to the ecosystem come from, for example, the industrialization of agriculture; urban sprawl; the push for renewable energy sources like biofuels that leads to the destruction of rainforests abroad and the cultivation of monocultures at home; and genetically modified organisms; as well as urbanization and the lack of animal bridges.

Second, such discussions of biodiversity give rise to a critique of capital’s focus on exchange value that enables abstract equality as well as the leveling of difference. For example, the alleged tendency toward standardization and uniformity motivates criticism of modern, industrial agriculture that results in uniform monocultures. However, it is not just agrobusiness that is criticized, but also everyday practices, possibly “our” own. This is visible, as per German extreme-right ecological quarterly Umwelt & Aktiv (Environment & Active), when “a trend toward modernity, toward [the] sterile and boring” is identified in the context of contemporary gardening.

Third, there is a belief that the natural environment has intrinsic value that goes beyond economic value. For example, Umwelt & Aktiv celebrates the European wild apple for its benefits, speaking of the species’ “almost entirely ecological importance” (for bees and as a nesting site) while acknowledging its limited economic value, something which makes the tree “nevertheless or exactly therefore worth protecting.”

These themes in the discourse about biodiversity feed into the articulation of ecological sensitivity as a key component of an ideal extreme-right subject. That is, relevant texts interpellate an ecological extreme-right subject through the aforementioned themes that, furthermore, include the continuous giving of advice. For example, readers are not simply asked to be critical consumers, but told to grow plants (good for the ecosystem), to join the fight against the extinction of further species (“we” should influence farmers) and to eat environmentally friendly foodstuffs (for example, carp instead of carnivorous fish). These calls to “get active” are maybe most clearly exemplified when it comes to gardening, where extreme-right groups make suggestions to have a compost heap instead of using convenient organic waste-collection bins, to be tolerant toward weeds and to learn how to construct “hotels” for wild bees, hedgehogs, lizards and insects.

All these activities will support the homeland’s biodiversity, will keep the national ecosystem healthy and pure. In many ways, these activities and suggestions resemble (left-wing) environmental approaches; indeed, the extreme-right positions on the environment are at times greener than those of mainstream, contemporary environmentalism and/or populist radical-right actors. And yet, extreme-right criticism of the destruction of ecosystems and the themes some on the extreme right put forward serve to justify a social imagination that is very different from their left-wing and liberal counterparts.

In fact, consequences of the stability and relatively exclusionary character of ecosystems imagined by the extreme right are particularly visible as soon as ecosystems are allegedly under pressure from outsiders who do not belong — although this does not imply that progressives do not also, at times, base their problematization of so-called invasive species on similar assumptions.

Indeed, through articulating the threat of pollution to clear (symbolic) boundaries, the ethnopluralist case for the “right to difference” can be reproduced. Interestingly, this theme of “alien” fauna and flora as polluting “our” ecosystem has been long observed. However, while the radical right has problematized such “pollution” and, more or less explicitly, mapped “lessons” from the non-human onto the human world (what happens in nature serves/does not serve as a model for the social world), such mapping is more complex. Indeed, the mapping from nature onto the social is based on culturalization of nature. In other words, first, cultural understandings impose themselves on one’s understanding of “the natural,” through the metaphor of “invasive” species (triggering images of unwanted invasion, aggression and violence). This nature subsequently serves to make the social world meaningful.

A recent example taken from the German neo-Nazi magazine N.S. Heute discusses “The death of the ladybird. How the foreign replaces the native” and warns that “Within a few decades, an invasive intruder [Asian ladybird] managed to almost eradicate a domestic race [European ladybird].” And here too, it is the capitalist economy, as understood by the extreme right, which is responsible: “What had been viewed, in its short-sightedness, as an enrichment by the capitalist-oriented industry, developed into a distinct plague within a short period.” Another example from Umwelt & Aktiv concerns the European ant’s struggle against its Argentinean relative: “Scientists are convinced that it is only a question of time until this clash of cultures is also staged in German forests … Like every state, a population of ants functions only, if everyone has his place and masters his task optimally.”

Here, the parallels drawn between human and non-human world are most explicit — indicated by “also” in the first sentence and the reference to “every state” in the second — and even though such parallelism is not always and necessarily the case, it is often present. For example, we see this in discussions of the return of the wolf to Germany and related claims made in Umwelt & Aktiv that “Germany has an immigration problem — the wolf, however, does not belong to it.”

Through both biodiversity more generally, and invasive species more specifically, an ecologically sensitive, extreme-right subject is articulated in such contributions. These connect to both old and new thinking of the extreme right and include explicit discussions of human responsibility for contemporary ecological crises, the value of ecological diversity as such (irrespective of present-day capitalist and “globalist” pressures) and opposition to leveling tendencies (biological and cultural). The ecologically sensitive, extreme-right subject which thus emerges does not view itself as isolated from its environment but embedded in a rich and diverse ecosystem. This ecosystem must be preserved and remain pure — free from those who do not belong. 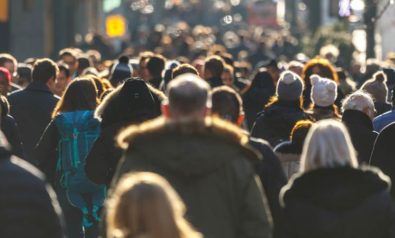 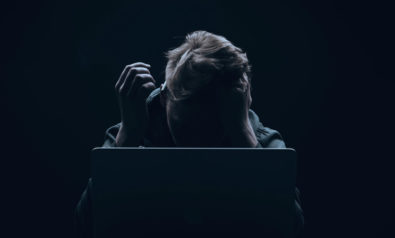 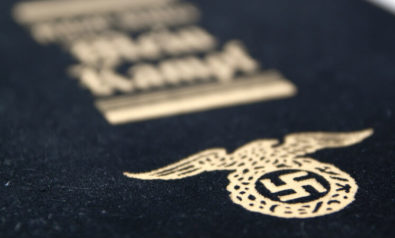 The Ethics of Consuming Fascism