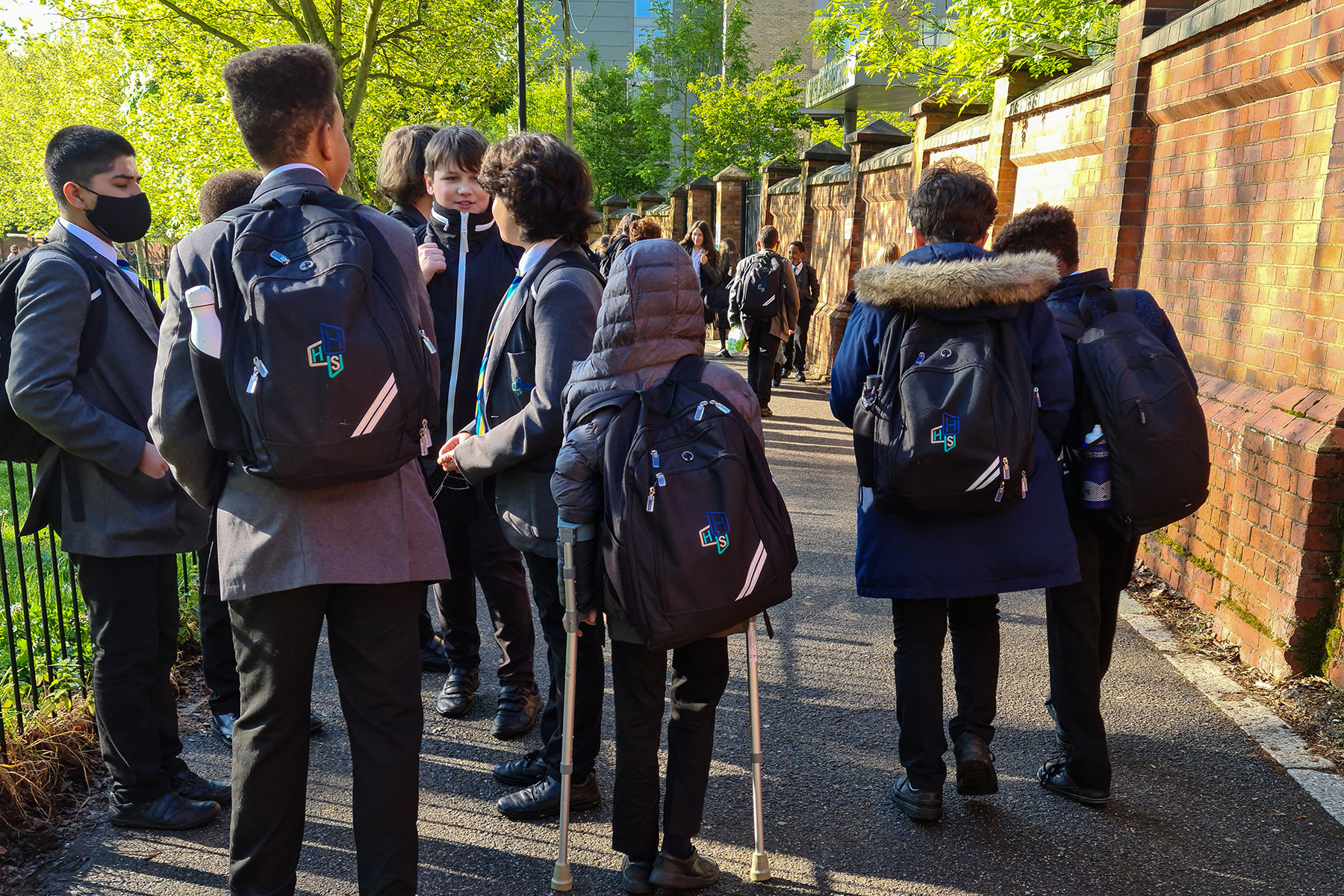 The economization of every aspect of life in today’s consumer society has had a particularly pernicious influence on public education. At the beginning of the Industrial Revolution, society saddled education with the task of infusing respectable knowledge in young people’s heads. Politicians and educators reached a tacit agreement on an ideal. An educated public would consist of responsible citizens living, working, thinking, interacting among themselves and voting in democracies.

Is the Havana Syndrome a Psychogenic Illusion?

While all responsible citizens adhered to the ideal, a much smaller number of people reflected on the means to achieve it, the pedagogues. According to the natural laws of democracy, the minority who cared was consistently overruled by the vast majority of those who had no time or inclination to encourage, fund and implement the required means to realize the ideal. Instead, education has for at least the past century focused on defining curricula increasingly focused on orientating the economic behavior of the young. This meant creating and implementing procedures and teaching methods designed less to instill knowledge than to judge learners on their capacity to conform to artificially defined societal norms.

In recent times, knowledge itself was removed from its pedestal and made entirely tributary to vocational skills. The value of knowledge has been reduced to its utility for earning a living. Once young people have an idea of how they are likely to earn their livelihood, they can concentrate on mastering the technical knowledge associated with the type of work they will be doing, whether it’s accounting, coding or bicycle repair.

On the whole, culture has become economic, pragmatic and individualized. Living, interacting with society, thinking and voting — acts tending toward the development and refinement of cultural depth — became secondary, if not irrelevant. The message to the rising generations became: Focus on the knowledge required for your work and dedicate the rest of your time to video games and social media… or whatever.

Young people acquired a view of the world outside of their immediate assignments and tasks as precisely that: whatever. Today’s educators, most of whom think of themselves as promoters of knowledge even though the system they work within has decided otherwise, feel helpless and confused as they seek ways to incite their students toward behavior that at least looks civilized.

Long regarded as the key to acquiring knowledge, the ability of our educational systems to deal constructively with language has disappeared, provoking a pervasive crisis. Last week, The Guardian reported on the measures some schools in the UK have begun adopting to respond to the crisis. One “London secondary school is trying to stop its pupils from using ‘basically’ at the beginning of sentences and deploying phrases such as ‘oh my days’ in a crackdown on ‘fillers’ and ‘slang’ in the classroom.” In the name of helping pupils express themselves “clearly and accurately,” it has produced lists of banned words and expressions.

The Guardian cites an educator who opposes banning words justified the list’s existence on the grounds that developing “reading and speaking skills is a central part of what drives our school to help our students learn effectively and fulfil their potential in academic and non-academic ways.”

Stay out of serious trouble by disappearing into the crowd

Unlike the politically correct (PC) phenomenon, which seeks to shame or cancel people who use forbidden words, the lists of banned expressions have been devised to “help students understand the importance of expressing themselves clearly and accurately, not least through written language in examinations.” The purpose of study and acquisition of knowledge is, after all, not to acquire a culture but to pass an exam.

Helping students to express themselves clearly and accurately sounds like a reasonable goal, but believing that banning specific language to achieve is a dangerous pedagogical fallacy. It instills the Manichean notion that some things are, by definition, wholesome and pure and others, evil.

Interestingly, the debate about banning words reveals a series of pedagogical fallacies on both sides. Critiquing the reflex of the ban, The Guardian resorts to a different fallacy: the appeal to authority. It cites writers (Lily Anderson, Richard Ford), singers (the British rapper Stormzy) and sports celebrities (Dutch footballer Jeremie Frimpong) who have used words in the list. This suggests words that “have been widely used in books and music” are legitimate because they are associated with creativity. This principle is as simplistic as the act of banning. Worse, it comforts the idea that if successful people have used a word, it must always be appropriate.

The article then offers a third fallacy based on the idea of multicultural respect. It warns against “dismissing students’ home or own use of language” because it “may have negative effects on identity and confidence.” This phenomenon is real and has a long, painful history in the UK, where the educated elite routinely shamed regional dialects and accents as inferior. But seeking to avoid offending individual students rather than addressing the fundamental issue may aggravate the problem. An honest educational policy can help learners understand that linguistic diversity serves a positive purpose in all societies. But so long as the implicit goal of education remains social and cultural standardization, this will never be done.

The fourth fallacy in the article is the idea — intended to correct the third — that diversity is, by definition, good and deserves being uncritically encouraged. “We should celebrate the different ways language is being used and concentrate on the content of what is being said,” according to one enthusiastic linguist. Celebrating diversity without seeking to understand its components encourages chaos and confusion. Before celebrating, it is important to recognize distinctions of register, rhetorical function and style. A linguist cited by The Guardian comes closer to the underlying truth: “It shouldn’t be about good or bad language, it should be about appropriate language for the context.”

But today, in every subject matter, standardized education shies away from exploring context. If it didn’t, it would no longer be standardized.

Defending the notion of diversity, one linguist notes that “it would be a shame if it becomes a case of if you want to be successful, this is the way you have to speak.” That is a valid moral point, but denying this feature of every human society could be called the fallacy of idealism. Education can do its part, but society must also accept its own evolution.

Despite all the pedagogical fallacies, the problem is naggingly real and should be addressed. Language is not, as some educators appear to believe, a code to be learned and respected. It is a system of intentions. Real language consists of an infinitely wide range of ideational and rhetorical resources that produce meaning in complex ways. Just think about the meaning of the word “meaning.” It toggles between our idea of a dictionary definition and the subjective expression of intention. In one case we may say: Check the dictionary for the meaning. In another, we can object: I don’t get your meaning.

In the pre-industrial world, European education focused on the “seven liberal arts.” Learners studied language from three angles: grammar, rhetoric and logic. Grammar, through the study of Latin, included everything related to the structure of language. Rhetoric (the “art of persuasion”) focused on intention. Logic produced a perspective pointing language toward science. The scientific revolution as well as the wealth of great literature from the 15th to the 17th century were the fruit of this orientation.

We can bring rhetoric and logic back into linguistic education, even in this era of algorithmic despotism. Recently, a team I was leading designed, for pedagogical purposes, a sophisticated authoring system based on the non-linear logic at the core of video games. The software we produced invites learners in a classroom to create language anchored in context and focused on the shifting intentions of conversational logic. The students become the creators. Their task is to produce language that makes sense of the context. In the course of this creative work, vocabulary, style, grammar and rhetoric all appear in patterns they, playing the dual role of creator and critic, can understand. The teacher oversees the process and guides the students in their production.

What do they produce? An actual functioning video game. More than a deep learning experience, it is also an artistic achievement.