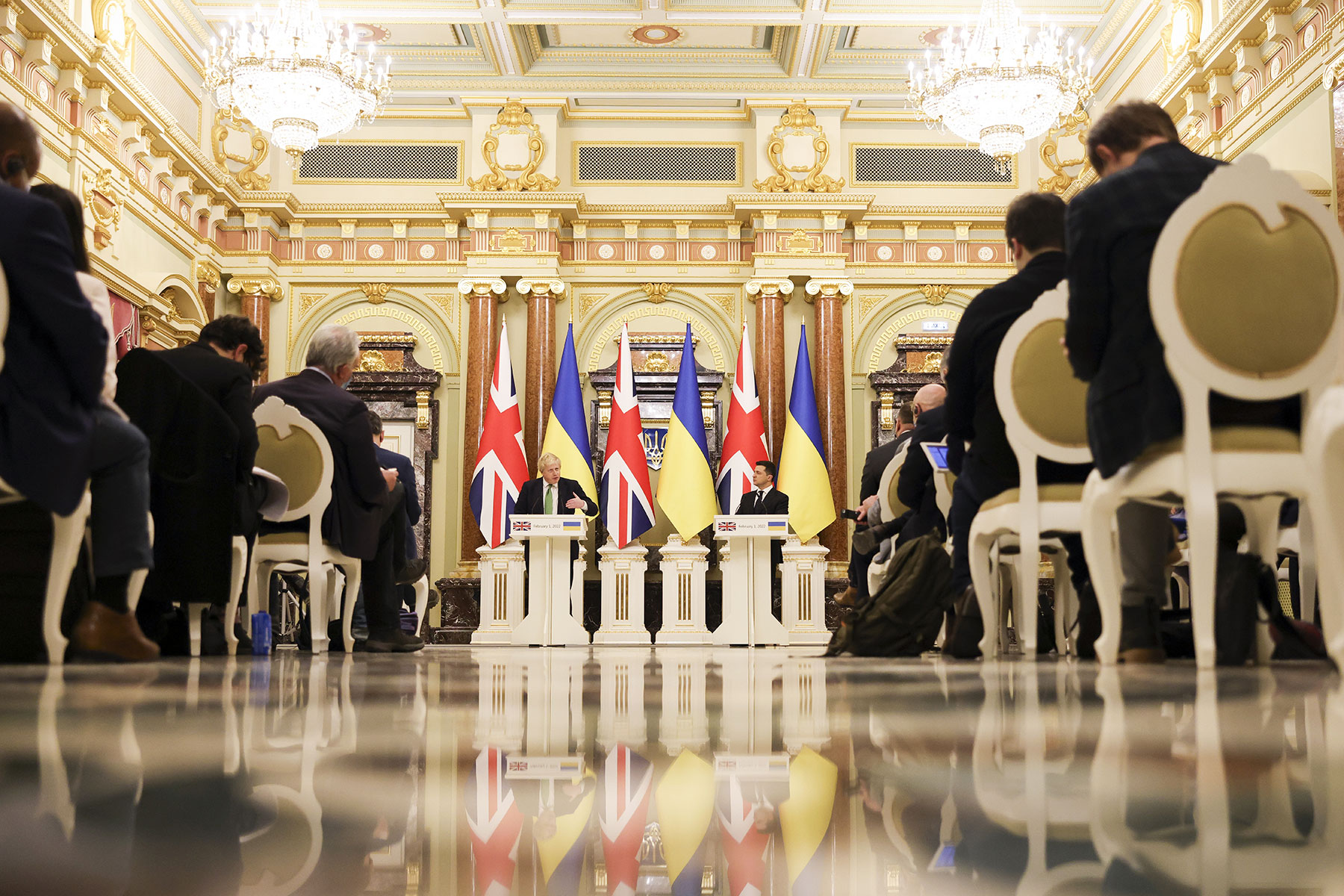 In the prelude to World War I, Western nation-states, from North America to the Urals, found themselves involved in a strange game nobody really understood. It turned around their perception of each nation’s individual image on the world stage. Each nation imagined itself as wielding a form of geopolitical power whose hierarchy was impossible to define.

Even the borders of nations, the ultimate criterion for defining a nation-state, had become hard to understand. The idea of each nation was built on a mix of geographical, cultural, linguistic, ethnic, religious and ideological considerations. These became infinitely complicated by shifting relationships of dependency spawned by the dominant colonial model they all accepted as normal. And not just normal. Colonialism appeared to both Europeans and Americans as an ideal to aspire to.

Two world wars in the first half of the 20th century had the effect of seriously calming the obsession of Western nations with their individual images. For most of the nation-states emerging from the Second World War, an air of humility became the dominant mood. Two hegemons emerged: the United States and the Soviet Union. But even those powerhouses accepted to work within the framework of an idealized system, the United Nations. That forced them to respect, at least superficially, a veneer of outward humility. The Cold War’s focus on ideologies — capitalism vs. communism — served to hide the fact that the new hegemons were the last two political entities authorized to assert the geopolitical power associated with the previous century’s colonial nation-states.

The current showdown between the US and Russia over events at the Ukrainian border shows signs of a return to the ambience that preceded the First World War. The Soviet Union disappeared 30 years ago, leaving a weak Russian state in its stead. The US has been on a steep decline for two decades since the confusion created on 9/11.

That should signify the existence of an opportunity for non-hegemonic nation-states to reemerge and potentially vie for influence on the world stage, as they did before World War I. After a century of adaptation to the consumer society on a global scale, however, the similarities may only be an illusion.

Still, some people appear to believe in an idea definitively discarded by history. The New York Times’ take on the latest posturing of Great Britain proves that the illusion is still alive in some people’s heads. In recent days, Prime Minister Boris Johnson has been diligently seeking to drag his isolated, Brexited nation into the fray of Eastern European border disputes, conjuring up reminiscences of pre-1914 Europe.

Over the weekend, British intelligence spread the “intelligence” that President Vladimir Putin is seeking to install a pro-Russian leader in Kyiv. Times reporter Mark Lander cites unnamed “British officials” who “cast it as part of a concerted strategy to be a muscular player in Europe’s showdown with Russia — a role it has played since Winston Churchill warned of an ‘Iron Curtain’ after World War II.”

In the games that precede a major military conflagration, nations feel compelled to adopt attitudes that go well beyond their ability to perform. Lander quotes Malcolm Chalmers, the deputy director-general of a think tank in London, who explains that Johnson’s Britain “is differentiating itself from Germany and France, and to some extent, even the U.S.” He adds this pertinent observation: “That comes out of Brexit, and the sense that we have to define ourselves as an independent middle power.”

There’s much that is pathetic in this observation. In a totally globalized economy, it is reasonable to doubt the idea of a “middle power” has any meaning, at least not the meaning it once had. Outside of the US and China, Russia may be the only remaining middle power, because of two things. First, its geography, its sheer landmass and its future capacity to dominate the Arctic. Second, its military capacity carried over from the Soviet era. The rest of the world’s nations, whether middle or small, should not even be called powers, but “powerlessnesses,” nations with no hope of exercising power beyond their borders. Alongside the middle and small, there may also be two or three “major” powerless nations: India, Brazil and Australia.

But, of course, the most pathetic aspect of the description of Britain’s ambition is the fact that Johnson’s days as prime minister appear to be numbered. He is already being hauled over the coals by his own party for his impertinent habit of partying during a pandemic.

In a press conference in Kyiv on February 1, Johnson deployed his most muscular rhetoric. For once finding himself not just on the world stage but in the eye of the hurricane, he felt empowered to rise to the occasion. “This is a clear and present danger,” he solemnly affirmed. “We see large numbers of troops massing, we see preparations for all kinds of operations that are consistent with an imminent military campaign,”

The hollowness of Johnson’s discourse becomes apparent with his use of the expression, “clear and present danger,” a locution that derives from a US Supreme Court case concerning the limits on free speech guaranteed by the First Amendment. Chief Justice Oliver Wendell Holmes used the phrase in his draft of the majority decision in 1919. It became a cliché in American culture, even reaching the distinction of providing the title of a Hollywood action movie based on a Tom Clancy novel.

As for his analysis of the clear and present danger, Johnson, who studied the classics at Oxford but maybe missed Aristotle, seems to ignore the logical inconsistency of assuming that if A (military buildup) is consistent with B (a military campaign), it does not make B predictable and even less “imminent.” That, however, is the line the Biden administration has been pushing for weeks. Johnson’s abject adherence to it may be a sign of the fact that Johnson is incapable of doing what Chalmers claimed he was trying to do: differentiate Britain — even “to some extent” — from the US.

The Times’ Mark Lander is well aware of the hyperreal bravado that explains Johnson’s move. “The theatrical timing and cloak-and-dagger nature of the intelligence disclosure,” Lander writes, “which came in the midst of a roiling political scandal at home, raised a more cynical question: whether some in the British government were simply eager to deflect attention from the problems that threaten to topple Prime Minister Boris Johnson.”

Lander goes on to cite Karen Pierce, the British ambassador to the United States, eager to remind people of the historical logic of Johnson’s move. She refers to a British tradition rife with cloaks and daggers. “Where the Russians are concerned, you’ll always find the U.K. at the forward end of the spectrum.” She wants us to think back to Britain’s active participation in the Cold War, punctuated by an occasionally embarrassing episode such as the 1961 Profumo affair, starring model and escort Christine Keeler. But she knows that what best illustrates that glorious period for Britain in its holy struggle against the Soviet Union is James Bond, who has long been “at the forward end” of the Hollywood spectrum. In our hyperreal world, Pierce knows that fiction will always dominate and replace our understanding of reality.

We need to ask another question in a world conditioned by the image of Sylvester Stallone, Arnold Schwarzenegger and Dwayne “the Rock” Johnson. Does the world really need muscular players today? The ancient Greeks imagined Heracles as a naturally muscular hero, who built up his bulk through his deeds, not through his workouts in the gym or to prepare for body-building competitions. Heracles was about killing lions with his bare hands, slaying Hydras, capturing bulls, and even cleaning stables — that is, getting things done. For the Greeks, Heracles was a muscular being, not a muscular player.

When Greek playwrights actually put Heracles on the stage, he could be tragic (Euripides, “The Tragedy of Herakles”) or comic (Aristophanes, “The Frogs”). In that sense, Arnold Schwarzenegger, from “Conan the Barbarian” to “Twins,” fits the role. The difference is that Heracles was a deity (the son of Zeus with the mortal Alcmene) and, thanks to the completion of his seven labors, became a god on Mount Olympus. When Schwarzenegger completed his labors as a muscular player in more than seven films, he became a Republican politician in California.