In the coming weeks, crucial decisions on the Israeli-Palestinian conflict are likely to be made. After three rounds of elections and difficult tactical maneuvers, a coalition government under Israeli Prime Minister Benjamin Netanyahu was recently sworn in.

The coalition agreement between the main partners — Likud and the Blue and White party — stipulates that, as of July 1, a bill on the “application of Israeli sovereignty” to parts of the West Bank can be put to the vote, provided the US government gives its approval. The agreement attests to the fundamental change that has taken place in Israel within the last few years. Former Knesset spokesman Yuli Edelstein (Likud) stressed that when he called for annexations in 2015, people thought he was crazy. Today, this would no longer be the case.

Will Israel’s Next Annexation Be the Big One?

It looks as if the US administration will support the move. US Secretary of State Mike Pompeo recently stated that the decision lies solely with Israel. Already in January of this year, US President Donald Trump revealed his “deal of the century,” which allows Israel to annex about 30% of the West Bank. Subsequently, an Israeli-American committee was established to work out the territorial details of annexation. Representatives of the US government emphasize that Israel has to also negotiate with the Palestinians on the implementation of the “Trump Plan.” But this does not necessarily mean that annexations would be postponed during the negotiation phase.

As Trump’s victory in the 2020 election is anything but certain, and presumptive presidential candidate Joe Biden has already signaled his opposition to annexations, there is great pressure on the Israeli side to proceed with implementation before Americans cast their vote in November.

If the Knesset were to decide to annex the Jordan Valley and all Israeli settlements in the West Bank, this would render impossible a viable Palestinian state as well as a negotiated settlement of the conflict between Israel and the Palestinians. Already, the civil and political rights of the Palestinians are severely restricted by the reality of the Israeli occupation, and the territory available to the Palestinians is highly fragmented. An annexation would further restrict Palestinian access to the West Bank’s resources. It would also make it easier for Israel — as sovereign of the annexed territory — to expropriate Palestinian privately-owned land; the 2017 Regularization Law already prepared the ground for this.

As Israeli security experts and former military officers stress, such an annexation would not serve Israel’s security. On the contrary, it would create a long and difficult-to-control border with the Palestinian enclaves. It would also undermine joint conflict management with the Palestinian Authority (PA) and the peace agreements that Israel has with Jordan and Egypt. Last but not least, it would increase the risk of violent confrontations, a collapse of the PA, and destabilization of the Jordanian monarchy. What is more, annexations and the reactions to it are likely to set a precedent that will be viewed with great attention internationally.

The European Union and its member states should, therefore, decide — in coordination with the United Kingdom — to use their weight to influence the cost-benefit calculations of political actors in Israel, and thus prevent the announced annexation.

Europe does have instruments at its disposal to defend one of the fundamental principles of international law — the inadmissibility of acquiring territory by force. To give but one example, the Europeans have imposed drastic sanctions on Russia in response to the annexation of the Crimean Peninsula in 2014. For some European states, such as Germany, sanctions against Israel are out of the question. Instead, they could, for example, suspend the EU–Israel Association Agreement until tangible progress toward a negotiated settlement is achieved. The normative basis of the Association Agreement, enshrined in Article 2 of the deal, would be fundamentally violated by annexations — as would the spirit in which it was signed, i.e., the expectation that the 1993 Oslo peace process would lead to a negotiated two-state conflict settlement.

Clear Signals to Israel and the Palestinian Authority

Yet the Europeans should emphasize not only their rejection of unilateral border changes, but also their expectations of Israel in the event of annexations. These include the demand that Israel grants civil and political rights to all inhabitants of not only annexed territories, but also the isolated Palestinian enclaves that it will continue to control as a consequence of annexations, and that it assumes responsibility for their well-being.

At the same time, Europeans should clearly spell out what their expectations of the PA are: overcoming internal divisions, a democratic renewal of Palestinian institutions and a constructive engagement in conflict resolution. European support must not be lent without conditions for the Palestinians either. Yet the EU and its member states must reconsider where they themselves stand on the issue of implementing these demands.

The more united Europe acts and the better these signals are explained, the better they will be understood. But even if it is only larger member states that coalesce around them, they will have an impact. A veto by one or two EU states should thus not prevent others from taking a strong stance. Indeed, this will be seen by many pundits as a litmus test of EU foreign policy to go beyond declarations.

Europeans should also build on the pioneering role they played in the past, such as with their 1980 Venice Declaration. For it is not only a matter of preventing annexation, but also of promoting a settlement of the Israeli-Palestinian conflict. This settlement must take into account the right of self-determination of both peoples, guarantee individual human rights as well as the security of all, and regulate the refugee question in such a way that both the individual choices of Palestinian refugees and the interests of current and potential host states, including Israel, are recognized. In this sense, Europeans should work toward an appropriate multilateral framework for negotiations in a period after Trump’s presidency. In doing so, they should avoid anything that might give legitimacy to the “deal of the century.” 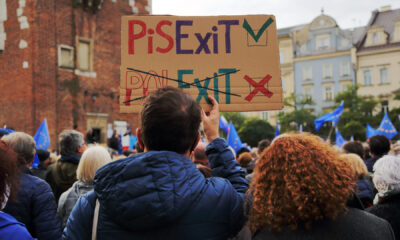