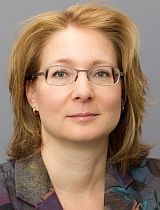 Dr. Muriel Asseburg is a senior fellow in the Middle East and Africa division at the German Institute for International and Security Affairs (SWP) in Berlin. Her areas of expertise include Syria, Israel/Palestine and European policies toward the Middle East. From 2012 to 2015, she headed a research project on "Elite Change and New Social Mobilization in the Arab World." From 2006 to 2012, she was the head of the division. In 2008, Asseburg was a guest researcher at the Carnegie Middle East office in Beirut, Lebanon. She has also lived in Jerusalem, Ramallah and Damascus, amongst places.

Annexations in the West Bank: Europeans Need to Step Up

In the coming weeks, crucial decisions on the Israeli-Palestinian conflict are likely to be made. After three rounds of elections and difficult tactical maneuvers, a coalition government under Israeli Prime Minister Benjamin Netanyahu was recently sworn in. The coalition agreement between the main partners — Likud and the Blue and...

For a sustainable ceasefire agreement between Israel and Hamas, the blockade of Gaza must be lifted. After several failed mediation attempts, the war in Gaza has continued to escalate. Israel has widened its military operations and targeted leaders, rocket bases and tunnels of Hamas and other militant groups, in a...