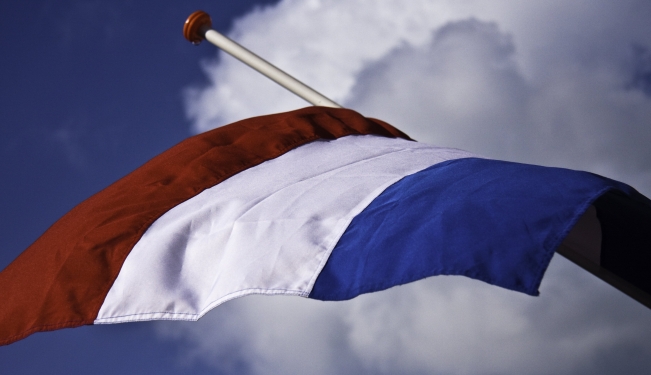 If we had to define the most stable political-economic system in existence, not too long ago we would have looked to the northwestern corner of Europe for inspiration. By the mid 1950s, the Netherlands and Belgium had found protection against their two main external enemies – Germany to the east and the exposed littoral to the west. Thereafter, these countries became paragons of stability with hardly any constituents displeased by the postwar political, economic and social systems that emerged. Compromise, rather than conflict prevailed, and adjustments occurred incrementally rather than suddenly and disruptively. Political outliers and extremists were “rehabilitated” through inclusion and hardly ever through exclusion.

Yet here we are today in 2011, with the political landscape looking much altered for the Netherlands and Belgium. The Netherlands is headed by a minority government held upright by an alliance with a blatantly Islamophobic movement. Their coalition agreement speaks of individual responsibilities, reinstalling law and order, ending excess tolerance, and applying the principle of “own nation first”. In Belgium, the nearly 100 percent debt-to-GDP ratio is increasingly worrying for investors, especially in the light of soaring oil prices and given that the actual federal structures in place to react to a crisis are slowly fading. Adding oil to the fire is the fact that a new government has not been formed since the federal elections of June 2010. Well-intentioned political mediator after well-intentioned political mediator continues to desperately seek a solution to the political deadlock; invariably, they all quit without finding one.

What is wrong in the political Valhalla for minorities? How did they so quickly lose their status as political exemplars? What are their ills? According to the populist parties strongly on the rise in both countries (Geert Wilders’ Freedom Party in the Netherlands and Bart de Wever’s National-Flemish Alliance in Belgium), the reasons for the current situation are to be found in socio-ethnic divisions. Wilders and others before him have successfully emphasized the tectonic line between the “native-Dutch”, so-called autochtonen, and the “new-Dutch”, so-called allochtonen. It is easier to comprehend a dichotomy of black and white, autochtonen and allochtonen, than it is to comprehend the shades of gray evoked by thoseadvocating equal treatment for both groups. In Wilders’ worldview, Islam cannot adapt to a western, tolerant society – it is, in his words, actually an evil ideology, not a religion. Muslim immigrants abuse the welfare and the immigration system while imposing an “Islamic way of life” on the host country. He argues that, even worse, the establishment does not want to open its eyes to this “truth” and instead keeps focusing on its “Leftish hobbies”: pampering intellectuals, artists, students, and ideas of multiculturalism.

In Belgium, on the other hand, the treatment ofallochtonen seems to be one of the only points of agreement at the national political level. The autochtonen have their own battle to fight, with the two protagonists – Dutch-speaking Flanders and Francophone Wallonia- eager to emphasize their differences. The Flemish populist leader, Bart de Wever, applies a similar logic to the Walloons as Wilders does to Muslims: while “his” hardworking Flanders generates all the profits, the less-productive Walloons are the ones absorbing the revenues through the federal redistributive systems.

Even as these countries reify the ills of misperceptions into concrete problems, they think of the problems as crystallized splinters that can be easily and wholly extracted.

However, the solutions these parties advocate are as simplified and shortsighted as their perceptions of the problems. Unsurprisingly, a more accurate picture of the situation, allowing for consequences and contingencies, shows the complexity of the issues and make evident that a quick, shallow remedy is infeasible. The network of ills appears to be numerous, interconnected, and mutually reinforcing, and they also often lie in the realm of ideas and structures as much as in that of concrete issues and events. The latter area of idea-laden dissent is common to both countries. Of this plague of ills, the three most important seem to be political fragmentation without a clear leading party, use of divisive terminology of the “people” and “elites”, and lastly and specially, an environment of social distrust.

First, the issue of political fragmentation: The Netherlands, with 16.5 million inhabitants, counts 10 parties in parliament, while the Belgians, with 10.8 million inhabitants, are represented by 13 different parties (7 strictly Dutch-speaking ones, and 6 strictly French-speaking ones). A highly diversified party system does not have to be a problem, as is shown by the fruitful, successfully cohesive coalitions created in the past. But for fragmentation to be sustainable, a clear center party garnering the trust of the smaller parties is paramount. In the Netherlands and in Flanders, the Christian-Democratic Parties (CDA and CD&V) traditionally played this mediating role of pater familias. But due to increased secularism, individualism, and some political-strategic mistakes made by both Christian-Democratic Parties, they experienced their largest historical defeat in contemporary history in the almost simultaneous June 2010 elections. Adjusting to a new, more reactive role is a difficult transition that exposes rifts within these traditionally solid parties.

A second problem in these countries is that the strategy of parties on the rise is to question political practices that normally generate the so-often praised Low Countries-consensus. After all, compromise can only arise from taking and giving and hence straightforward electoral promises are hardly ever completely realized in coalition governments. But the Freedom Party and The National-Flemish Alliance raise the cry of “voter-deception” and do all they can to upset would-be convergent norms. For the contemporary, opinionated voter shaped by increased individualization and secularization, this message of voter empowerment goes right to the heart. When the heart is touched by it, it will however generate explicit and unmet expectations –  increasing the initial frustration! Thus, these negative spiral-parties know that they gain support by criticizing traditional parties for being out of touch with the average voter, by drawing attention to the gap between electoral promises and policy actualization. In such a sense, both Wilders and De Wever, by pitting “the people” against “the elite”, try to reap benefits from self-identifying processes. The result, nonetheless, is mainly a distortion of civic accountability for the purposes of political propaganda.

The last problem, compounded by the others, is the rise of social mistrust. This intangible development might be the most harmful one in the long term. In the last decade, trust and confidence in representative politicians, as well as in the Church and educational systems, has fallen to shockingly low levels. The emphasis on conflict instead of consensus in recent political history has clearly generated uncertainty, which easily translates into distrust.  Initially, highly contentious language that breaches political and societal taboos may have a high shock value to a society. But after shock, comes desensitization. Ever harsher language becomes internalized in a society’s semantics and penetrates society. Such may be what is occurring in the politics of the Low Countries: polarizing populists who rely on simplistic themes, have corrupted the national soul with intangible fears and unfounded uncertainties. Now, they are creating a malleable, distrustful and introspective society from which to reap a rich harvest.