London’s response to the latest terrorist attack is shaped by Britain’s long history of living with violence.

The latest terror incident in London took place in the early afternoon of 22 March, exactly a year after the attacks in Brussels. It seems that anniversaries are now part of the terror repertoire. But almost immediately, even while Westminster—the site of UK Parliament—was in lockdown, a notice circulated widely, making its way from the internet to the House of Commons: “All terrorists are politely reminded THIS IS LONDON and whatever you do to us we will drink tea/And jolly well carry on/Thank you.”

The fact that the sign was not actually written by the often-witty London Underground staff is almost meaningless behind the message embraced by the city coming to terms with the most recent act of violence.

If the spirit of calm, stiff upper lip was expected, what did rankle Londoners was Donald Trump Jr.’s Twitter jibe against London’s Mayor Sadiq Khan’s earlier statement that terror attacks were “part and parcel” of living in a global city. The younger Trump, when even his father was offering solidarity, tweeted, “You have to be kidding me?!”—seemingly ignorant of the basic rule of diplomacy for public persons: When you have nothing useful to say, say nothing.

Trump Jr. would have done well to look at the history of London—and Paris for that matter—in the face of terror attacks that have stretched back for more than 50 years. Paris was attacked by both those for and against the independence of Algeria and later by Carlos the Jackal, long before the current round of attacks in the name of Islam.

There Was a Bomb

London was for years under attack by the Irish Republican Army (IRA). I remember driving past the financial district of Canary Wharf on February, 6, 1996, 15 minutes before the IRA detonated a truck bomb that ripped apart the facades of the new buildings in the district. An IRA bomb took out a bus one street away from my office. Another went off one block from my apartment.

The more recent attacks in the name of Islam came against a shocked but hardened population. When the 7/7 attacks took place in 2005, one of the blasts was clearly heard in the University of London precinct. I was dean at the School of Oriental and African Studies (SOAS) at the time. Professors who were veterans of war zones came rushing to my office. “That was a bomb.” “Yes, I know.” And, from the echo bouncing off the walls of the campus buildings, we worked out the poundage before the police did.

When the police lockdown was lifted but public transport was still frozen, people calmly walked home—some up to 22 miles. And, the next morning, walked back into work. And, yes, drank cups of tea.

There is a pressing sense that our North Atlantic cousins lack decorum and, above all, lack knowledge while imagining they have it all. As King Abdullah of Jordan said in September 2016, the West seems “to know us better than we supposedly know ourselves.”

This raises problems not only in fighting terrorism, but fundamental problems about understanding it in the first place. A risk-shy President Obama didn’t even try. His one-step-removed policy of disengaged “engagement” epitomized by the use of drone strikes, which did not require boots on the ground, only exacerbated problems. Callow crew-cut youths, hunched over monitors displaying Afghan wedding processions and imagining they were columns of Taliban soldiers and sending in the missiles, not only took innocent lives and ended dreams for the future, they radicalized those who survived and those who were told the stories of those who survived.

The problem is that “collateral damage” comes back to haunt you—as new recruits to terror are easily persuaded that the Koranic sura (or verses) against the killing of non-combatants may be ignored in favor of “sword” sura that urge unrestrained war against all unbelievers. And, in any case, “they started it first.”

The London attack of March 2017 brought out heroic figures. One was the Minister for the Middle East and Africa Tobias Ellwood. The day before the attack, he and I were sitting beside each other at Sandhurst. We were both speaking at an away day for his staff from the Foreign and Commonwealth Office (FCO). An ex-Green Jackets captain, he had himself graduated from Sandhurst.

When the attack on Parliament came, he rushed out and worked for long minutes trying to resuscitate the fallen police officer, Keith Palmer. Photos of Ellwood covered with blood from trying to staunch the officer’s wounds became front page news. But he himself spends long hours working through the briefs of his staff, trying to understand the complex reasons for terrorism.

And, despite fiscal austerity, the FCO is not having its budget cut by 28% like the US State Department. Diplomatic reportage and analysis become vital tools in the understanding of terror and these tools are cut back at a nation’s peril.

If you don’t understand who your enemy is—what it believes, and why it fights—you won’t win. Today it is Europe. But if President Trump echoes his son’s response of “You have to be kidding me?!” to the possibilities of hard choices based on deep knowledge and simply sends in the missiles and troops, there may be a “victory” in his term. But the day after tomorrow it will again be the turn of the United States to reel in shock. 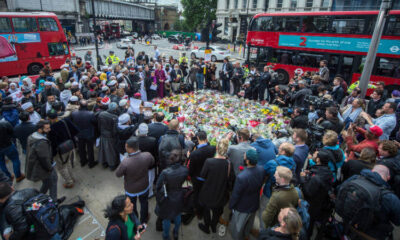 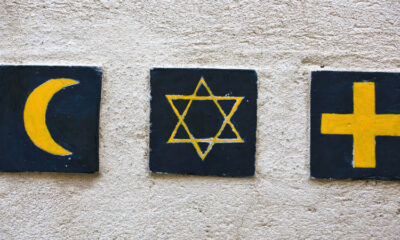