We simply don’t have enough time, energy or incentive to investigate the thoughts and behavior of people we admire.

I’m not sure why I still remember this so clearly, but I do. In the late 1970s, while a student in Toronto, one of my professors, Gregory Baum, announced to a social theory class that he loved the art of Richard Wagner, but felt slightly embarrassed to admit it. Baum was born to a Jewish mother and a Protestant father in Berlin in 1923 and went to Canada as a refugee after a brief stay in England. He was a Jew, but later converted to Catholicism.

Richard Wagner was, of course, the great German composer who synthesized music, verse, drama and myth, and whose work has for long troubled principled listeners, Jewish or otherwise. Can we listen to Wagner’s music with integrity? Did the Nazis pervert Wagner’s music, or did Hitler’s adulation merely expose its inherent perversions? And in what circumstances can Wagner be performed for the delectation of Jews, even those who have converted? In other words, can we be fans of Wagner with a clear conscience?

I confess: I’d never thought of any of this before Baum’s admission. But I’ve been thinking about it ever since. When we appreciate the performance of an entertainer, artist or athlete, we typically disengage the product from the producer in a way that absolves ourselves from responsibility – responsibility, that is, for accepting the whole package. Baum presumably enjoyed Parsifal and the Ring cycles without tormenting himself. And presumably fans of action revenge thrillers will enjoy Taken and the upcoming film Cold Pursuit without agonizing over whether they are complicit in racism.

I’m referring, of course, to Liam Neeson’s recent interview with the Independent, ostensibly to promote his new film, but which has backfired grotesquely after he confessed that he once sought vengeance for the rape of someone close to him by wielding a cosh (a bar used as a weapon) that he intended to use on some — any — “black bastard.” In the offending interview, the actor gestured quotation marks around the phrase as if he were attributing it to someone else.

Neeson is at pains to explain that his way of thinking today is not the same as it was at the time – and he was vague about when the alleged incident took place. But, of course, his many fans are appalled by the acknowledgement that he ever felt and thought this way at all. It suggests more than a simple “primal” need for vengeance (as he put it): Neeson’s retaliation was, it seems, motivated by only one feature – the blackness of the assailant.

In a sense, the revelation did the trick: The story has now encircled the world, and the movie will probably do great box office. Or will it? Already there are murmurs of a boycott, and Neeson’s credibility is being questioned. If he felt like this once, what changed his way of thinking? He hasn’t specified.

Psychologists are, in my opinion, unhelpful in most affairs that have any kind of relevance to social life. But, every so often, they come up with a theory that actually makes good sense and clarifies what is, at first sight, an incongruity. Leon Festinger’s theory of cognitive dissonance explained how we harmonize two or more episodes in our minds by rationalization, this being the process through which we justify attitudes and behaviors with reasons that appear logical, even if they’re not appropriate. So, to use a Festinger-like example, if a millennial cult believes the world will end at a certain date, and it doesn’t, the believers will interpret the original prophecy in a way that suggests they calculated the date inaccurately, or they neglected a sign that foretold of a postponement of the apocalypse.

Or, if fans of Tom Cruise, who love his boyish good looks and his films, are uncomfortable with his unusual beliefs and his sometimes eccentric behavior (he is a Scientologist), then they probably rationalize the seeming incongruity by believing Cruise gets a terrible mauling from the media, which distorts much of what he says and does and presents a misleading image of him.

Here’s a confession of my own: I’m a boxing fan and, in common with most fight aficionados, rate Floyd Mayweather as one of the finest pound-for-pound athletes. I’m also aware that Mayweather has a history of abusing women. He consistently deflects accusations, answering, “Only God can judge me.” I don’t buy this. I think I’m perfectly capable of judging him, as are millions of other sports fans. And yet, Mayweather continues to attract plaudits.

We simply don’t have enough time, energy or incentive to investigate the thoughts and behavior of people we admire. Today we think we know those people quite well. They share their attitudes and practices with us via social media, creating a false sense of intimacy. There’s no way of knowing whether the likes of Taylor Swift, Kim Kardashian or Justin Bieber tell us the truth when they post on Twitter or Instagram. We probably suspect they don’t. All the same, one of the central premises of celebrity culture in the 21st century is that we know the celebs we like. So when one of them says or does something at odds with our expectations – as Neeson has done – we resort to a Festinger-like rationalization and reorder our cognitive apparatus accordingly or just drop them.

I’m not naïve enough to imagine everyone I admire, whether they’re playing football at Villa Park or performing Coriolanus at Stratford-upon-Avon, has the same values, opinions and dispositions as me. Far from it; I assume they don’t. But does that – or should it – stop me from appreciating the product of their labors? Of course not. If we took this approach, there would be no art, nor sport, nor any of the other recreations that enrich our lives.

We have no need to forgive the people we respect. We allow them fallibility, just like we allow everyone else who matters fallibility. Gone are the days when the stars we idolized were untouchable, inaccessible god-like beings. Today we accept that the objects of our attention are flawed mortals. Every so often their flaws will become apparent, and we’re reminded how much like us they really are. 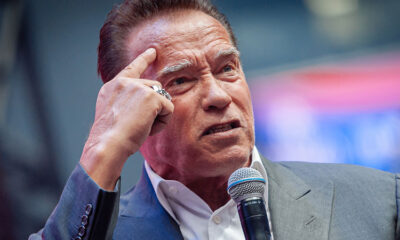 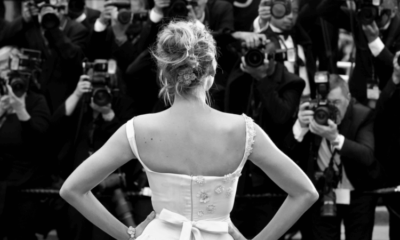