Although their arsenals are clearly non-nuclear, the popular media across the English-speaking world have acquired a taste for bombarding their readers with “bombshells.” Prime offenders in the US are MSNBC, CNN and Fox News but also the staid Gray Lady herself (The New York Times). In the UK, the popular media and even the much more serious newspapers — The Times and The Guardian — have joined the campaign.

Bombshells are everywhere these days. In the US, a recent article on MSNBC bore the title: “Nicolle Wallace: Bill Taylor’s bombshell testimony draws direct line to Trump.” Since The Guardian’s political stance — claiming to be center-left — is similar to that of MSNBC, the British publication has consistently followed suit in its choice of language when reporting on the congressional impeachment hearings, a story designed to produce a daily bombshell. The Guardian recently offered this headline: “Impeachment inquiry: Sondland’s bombshell testimony blows holes in Trump’s Ukraine defence.” And there was this earlier one: “This week in the impeachment inquiry: bombshell testimony and Trump fury.” Now, The Guardian seems to be craving its own native bombshells in the runup to the UK general election on December 12.

One of the effects of a political system dominated by the logic of a military-industrial economy is that war becomes the go-to metaphor to describe anything that’s interesting going on in the world. Bombshells are thus all the rage in the world of journalism. They signify the kind of chaotic noise that draws readers’ and viewers’ attention.

A word to describe what appears to be a revelation whose destructive force is capable of changing the landscape or, at the very least,  our perception of the landscape, even when, after the dust clears, it turns out nothing has visibly changed.

The announcement of a bombshell serves rhetorically to demonstrate a news outlet’s ability to raise the cultural dust that makes it look like an explosion has taken place. Everyone is fascinated by explosions. But too many in quick succession can attenuate the effect of each individual bombshell.

Fox News, which has never met a bombshell concerning the Democrats that it doesn’t want to see explode, sending shrapnel in every direction, now complains that the ones the Democrats cite in the impeachment hearings are damp squibs. The right-wing channel recently expressed its shock by the level of overkill practiced by its rivals. Attempting something apparently intended to resemble satire — but closer in method and effect to sarcastic invective — Fox recently complained about the presence of so many bombshells and explosions: “Welcome to the ‘Media Metaphor Show’ starring just about everyone in the press — CNN, MSNBC, PBS, The Washington Post, The New York Times, AP, Politico and pretty much every major media outlet in the Western world.” They could have added the name of their own network to the list. Still, the point was well taken. Too much is too much.

Has anyone other than Fox noticed the trend? Americans have been solemnly instructed to assume that everything that appears on RT America, the Russian news network, has either been written or personally redacted by President Vladimir Putin.

But on the question of bombshells in the media, RT shows some candid lucidity when its reporter writes: “The impeachment hearings against President Donald Trump are hardly the epitome of high drama — but count on the mainstream media to hype up the snoozefest, with every witness dropping ‘bombshells’ and every statement ‘explosive.’” It then asks the very pertinent question: “How many times can you repeat a word before it loses all meaning?” It observes: “[A]nchors at CNN and MSNBC did their best to strip all impact from the words ‘stunning,’ ‘explosive’ and ‘bombshell’ to describe the events on Capitol Hill.”

RT correctly analyzes the commercial logic behind the obsession with bombshells: “[H]yperbole is the networks’ stock in trade. For the last two years, both CNN and MSNBC have been portraying every salacious allegation against Trump as a ‘bombshell.’”

To push the analysis further, they could have noticed that the term bombshell usually applies to the cause or the party the media opposes. CNN and MSNBC, aligned with Democrats, have become obsessed by the man who defeated their candidate, Hillary Clinton, in the 2016 election. The bombshells Fox notices tend to be on the Democratic side. Twenty years after the event, Fox triumphantly celebrated “one of the first breaking bombshells that this network ever covered”: the glamorous Bill Clinton and Monica Lewinsky affair that dated from a time in history when Fox News cherished the constitutional procedure of impeachment that today it roundly condemns.

Who doesn’t like to see their enemies exploding? That may also explain why the Democrat-leaning news outlets produce more bombshells in their headlines during Republican administrations and why Fox News registers a maximum of explosions during Democratic administrations.

This brings us back to The Guardian’s headline on November 26 calling the chief rabbi’s accusation a bombshell. This example turns out to be doubly abusive, since most of the media outlets cited above reserve the term “bombshell” for a revelation, something that is new and unexpected. After at least two years of the “Corbyn is an anti-Semite” campaign based at best on guilt by association, the rabbi’s “bombshell” not only didn’t constitute a revelation; it was merely a vague accusation and complaint, that has been echoed repeatedly in The Guardian’s articles. As an element of campaign provocation or propaganda, The Guardian undoubtedly meant it to sound explosive, but it lacked the necessary spark of the unknown or unsuspected that is essential to a revelation.

The Guardian has been careful to host a diversity of opinion from the center to the left, but over the past three years, it has struggled to hide its Blairite agenda. Corbyn had no business taking over the political party The Guardian’s editors are committed to preferring. They are committed simply because Labour is the only party of government that has a reputation of being on the left side of the political spectrum.

The newspaper doesn’t want to be seen as representing the right or exclusively the rightward-leaning center that former Prime Minister Tony Blair’s policies and actions came to symbolize during his time in office, when he increasingly mirrored US President George W. Bush’s famous “compassionate conservatism.” As everyone ended up noticing, the conjoint acts of “compassion” initiated by Bush and Blair in the Middle East have left indelible traces on the global landscape. This is largely due to their alacrity for using physical bombshells.

The Guardian’s headline in the evening of the same day has the merit of clarifying its vaguely hidden agenda: “Corbyn declines to apologise over antisemitism in BBC interview.” This mirrors the Democratic establishment in the US that continues — three years after the 2016 election — to mobilize all its resources against its own clearly left-wing candidate, the Jewish Bernie Sanders, whom Rabbi Abraham Cooper, writing for Fox News, accuses of the same crime that Corbyn is charged with: “Sanders’ failure to take a strong stand opposing the global rise of anti-Semitism.”

Le Monde diplomatique appropriately observed that left-wing “politicians elsewhere, who, like Corbyn, have a record of supporting Palestinian rights, are facing similar smears.” Sanders is an obvious example. One wonders which of the two candidates is guilty of a worse crime: being a Jew-hating goy or being a self-hating Jew. The only common trait between the two on this issue is their expression of sympathy for the political plight of Palestinians.

That, of course, brings up the issue no one wants to deal with or perhaps is not allowed to deal with. At the same time, it provides a hint at a possible explanation. Those who love bombshells tend to have a high opinion of bombs and their role in human affairs. In the military-industrial economy common to the US and Britain, bombs play a key role in the balance of trade and in both nations’ geopolitical posturing. Israel is fully integrated into that economic and ideological web that spreads across Europe and North America but excludes much of the rest of the world. One of its working principles — universally denied under the cover of believing in the “rule of law” — is “might is right.” The might in question is both military and economic.

The economic and military network has its own racist underpinnings, as the past three decades have demonstrated. It has been constructing its defense (military presence, invasion, occupation and occasionally its walls) against the feared onslaught of nations whose populations have a darker complexion. Israel finds itself in a position of high exposure to the rest of this darker-skinned world. It functions as an outpost of Western civilization, to the extent that, in addition to its integration into the Western economic network, modern Israel has much deeper roots in European culture than in Middle Eastern culture.

Jeremy Corbyn appears to be aware of this geopolitical reality. But for The Guardian’s editorial team, it appears to be a crime to demonstrate that awareness and not apologize for it.

Samuel Huntington’s clash of civilization thesis has been largely debunked as a theory of history. It hasn’t yet been debunked as the practice of history. 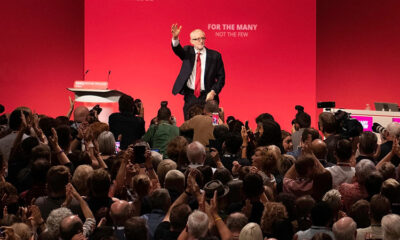 Fearing a Labour Victory, Britain’s 1% Threaten to Go on Strike 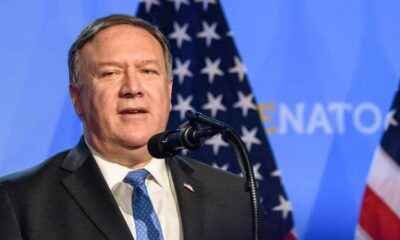