Halloween has passed, the date at which British Prime Minister Boris Johnson promised Brexit would be finalized. The suspense continues and will shortly attain a new level of intensity as the British electorate prepares for what will certainly be the most hyperreal UK general election in the nation’s history. Johnson’s presence guarantees that.

The Guardian, a left-leaning newspaper that has never felt comfortable with Jeremy Corbyn’s leadership of the Labour Party, has taken the initiative of drawing its readers’ attention to the desperate plight and exacerbated anguish of the financial elite. They uniformly fear the possible election of a Corbyn government and are prudently preparing for the worst. For the super-rich, preparing means one of two things: leaving the country or transferring their wealth elsewhere.

Rupert Neate, The Guardian’s wealth correspondent, reveals that tax lawyers and financial advisers have suddenly become very busy responding to the desperation of the wealthy: “The advisers said a Corbyn-led government was viewed as a far greater threat to the wealth and quality of life of the richest 1% than a hard Brexit.”

An undefinable notion, with no discernible relationship to either quality or life, as it is measured on a sliding scale according to the amount of disposable income a person has or counts on having now or in the future

The degree of solidarity of the very wealthy with their nation and its people has rarely been underestimated. It has always been close to zero. The super-rich expect the rest of the nation to feel solidarity with them rather than the other way around. And if the populace and its institutions fail at their duty of fealty to the rich, the affluent obviously have the means to take their wealth elsewhere. It has taken Britain more than three years to leave the European Union, but the wealthy will be out within a few days, if not a few hours. “Movements of capital to new owners and different locations are already prepared, and they are just awaiting final approval,” said Geoffrey Todd, a partner of the law firm Boodle Hatfield.

The super-rich are simply applying the logic of a system that depends on a few people controlling vast amounts of money. After all, if you’re rich, you must be smart. And if you’re smart, you must have a strong sense of logic.

Let’s examine the logic of their statements.  The Guardian cites Peter Hargreaves, the founder of the stockbroker Hargreaves Lansdown, whose fortune is estimated at £3 billion ($3.87 billion). Hargreaves outlines a simple case of cause and effect: “But certainly the very, very wealthy people will consider leaving if you make it intolerable.” He doesn’t need to define what he means by “intolerable,” but he gives the distinct impression that the rich, who unlike the rest of humanity never face questions of survival, have a very low threshold of tolerance.

Hargreaves deepens his logic with this reflection: “If you create a tax regime that is not going to welcome and support people like me who create wealth then you are going to rapidly reduce the health of your economy.”

We may legitimately wonder what he means by “welcome and support.” Does he seriously think he will no longer be welcome in the increasingly disunited kingdom if Corbyn becomes prime minister? The expression “no longer welcome” means invited to leave. But the government won’t invite the rich to leave. As Hargreaves indicates, that is their choice, not the government’s. The stockbroker unhesitatingly blames the nation itself for the unfortunate consequences of the elite’s deliberate self-interested choices. Money clearly has more rights than people in a democracy.

But Hargreaves expects more than a welcome. He wants “support.” Who could question the idea that people worth £3 billion desperately need the kind of support people living at the threshold of poverty rarely receive? Hargreaves appeals to the well-worn logic of people — like stockbrokers —- “who create wealth.” The priority of the nation should always be to reassure the wealthy that they will have more wealth in the future.

This logic might be more convincing if, like ordinary people, the wealthy were exposed to the very real risk of not having enough wealth to survive and maintain a reasonably comfortable lifestyle. But when you have assets of £3 billion to play around with, even if your future income is heavily taxed, you are literally guaranteed of enjoying a more than comfortable lifestyle for thousands of years to come.

What Hargreaves is really claiming is that people like himself, who by hook or by crook have become billionaires, should be recognized as the lifeblood of the nation because of their unique capacity to create wealth, a capacity not shared by the rest of the population. They should be rewarded by the collectivity with new privileges (i.e., avoiding taxation) for their unique talent of accumulating and managing money and their generosity in hiring poor people to augment and defend their wealth. But even when taxed beyond their threshold of tolerance, they remain members of the privileged class. Do they really need more support and more privilege?

The Guardian article concludes with this reflection: “Hargreaves said he paid about £40m ($51.6 million) in tax last year, and ‘if 50 of us [the biggest taxpayers] got on a plane and left, that would put a big hole in the chancellor’s budget.” Some might suggest this resembles a threat of blackmail. But the billionaire’s reasoning is simple and sums up his sense of solidarity: “They need us more than we need them.”

According to the article, Corbyn’s affluent critics complain of the “threat to [their] wealth and quality of life.” This statement contains three terms whose meaning has changed over time: “threat,” “wealth” and “quality of life.” The last two, in particular, have evolved in ways that reveal some of the significant issues related to the growing inequality of the post-industrial world.

Even an idea as seemingly simple as “threat” has undergone historical evolution. Traditionally it referred to an assault perceived as endangering the existence or integrity of a person or property. But in today’s use of the term, any random challenge or calling into question of the status quo can be deemed a threat.

Is taxation really a threat to wealth? Except in decidedly extreme cases, it may be a threat to the expectation of ever-increasing future wealth, but not to existing wealth. Can any of the tax plans evoked either by Corbyn in the UK or the progressive Democrats in the US — such as Bernie Sanders or Elizabeth Warren — be deemed a threat to existing wealth? Put more bluntly, is there a danger that any wealthy person will no longer be wealthy if obliged to pay higher taxes? A rich person whose wealth increases more slowly than in the past will still be wealthy and privileged.

As for the idea expressed by “quality of life,” it began its modern career at some point around the middle of the 20th century as an equivalent of the notion of “well-being.” But well-being implied a basic equilibrium that would ensure both survival and contentment, largely through a successful integration into the social environment. The growing insistence on measuring the “quality of life” has led to the idea that different people or classes of people may have different qualities of life, or expectations about their merited quality of life. It has thus become a quasi-synonym of “lifestyle.” The idea expressed in the phrase “threat to the wealth and quality of life of the richest” conveys a belief that the quality of life for the wealthy may be different than that of less affluent people.

Over recent decades post-industrial, managerial civilization has followed a trend of confusing quality with quantity. This stems from the widely accepted idea that to have meaning, every state of being must be measurable. The notion of “life” itself has imperceptibly changed from its former association with the totality of organic nature to a meaning that focuses narrowly on the longevity of an individual. The process had already begun by the 18th century. John Locke summed up individual rights in society in terms of “life, liberty and property.” Life itself began to be seen as a possession, as becomes clear in the expression, “Get a life!”

The shift from a complex worldview that saw connections between all living things to one focused on the needs and the rights of individuals, independently from their social relations, highlights the change in the meaning attached to the notion of life. The process is complete when each individual possesses a unique set of criteria for their “quality of life,” based on their level of wealth.

Under a Corbyn government in the UK or a Sanders or Warren government in the US — if that were ever to happen and if they were allowed to apply their policies — the fortunes of the super-wealthy would inevitably increase less rapidly than in the past. But complaining that their “quality of life” is under threat is not just hypocritical. It is morally insulting to the people who, in a democracy, theoretically have the power to elect their government. 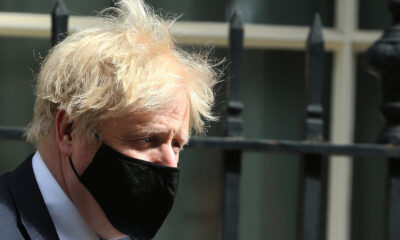