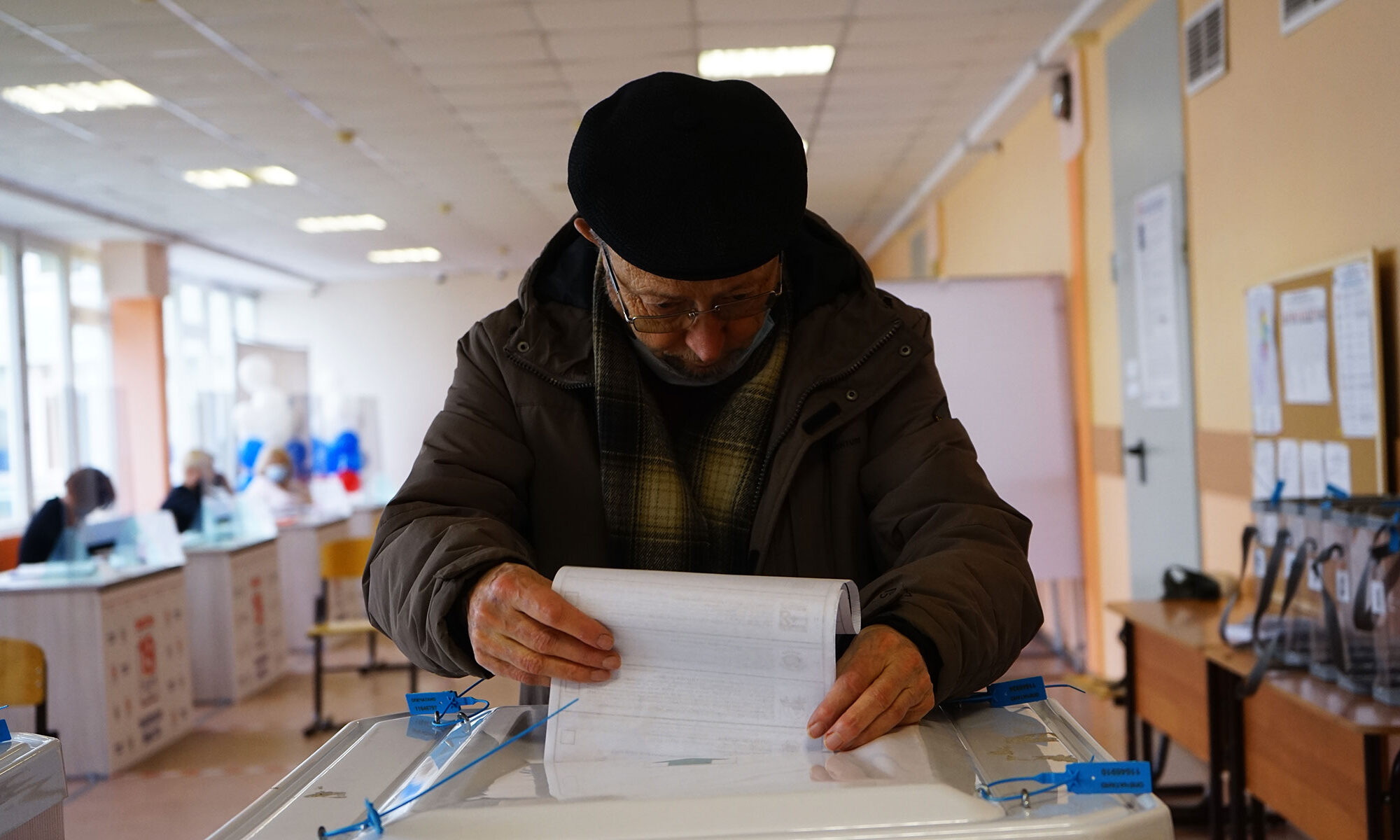 Between September 17 and 19, Russians went to the polls to elect the State Duma. The voting period was officially increased to three days and introduced electronic voting for the first time due to measures intended to contain the spread of COVID-19 currently raging across the country.

Third Rome: Will Russia Save Europe From Itself?

Critics, however, claim the changes were aimed at facilitating a win for the ruling United Russia party. During this election cycle, the Kremlin has moved to further tighten its grip on the opposition. Despite the crackdown, United Russia’s decreasing popularity represents a valuable opportunity for the opposition to strengthen its position as a political alternative to the status quo.

This election have been an important test for United Russia, whose goal was to keep its supermajority in the Duma. The party has progressively lost popularity since the controversial pension reforms of 2016, coupled with chronic problems such as widespread corruption and socioeconomic issues. Statistics published by the Levada Center in March showed that only 27% of those interviewed would vote for United Russia in the upcoming election, the lowest rating since the party’s consolidation in the early 2000s.

The 450 seats in the Duma are allocated via a mixed system — half through a party-list proportional vote with a 5% threshold and half via a majority in single-mandate constituencies. The electoral system was reformed in 2014 when the first-past-the-post component was introduced, granting United Russia a comfortable supermajority in the 2016 elections.

It is crucial to notice that the electoral system is not the only element pointing at deficiencies in Russia’s democratic procedures. Opposition candidates are not admitted to run for elections. Those parties allowed to participate are labeled as systemic opposition because, even if formally independent, they remain subordinated to United Russia.

This year, turnout has been low — around 52% according to official figures or just 38% as per independent observers — because of the general climate of distrust and dissatisfaction. Despite its increasing unpopularity, United Russia managed to obtain an absolute majority, winning 49.82% of the votes and securing 324 seats in the Duma. Yet United Russia lost public consensus compared to 2016, when it won 56% of the vote. Until this year, the party has steadily increased its control over parliament since 2003, when it only obtained a simple majority with 37%.

The fact that the party predictably won 88% of the single-seat constituencies allowed it to hold on to its supermajority, vital to furthering the government’s agenda. Among its challengers, the Communist Party (KPRF) obtained a satisfying result, getting almost 19% of the votes. Another element worth noticing is the access of a fifth party to the Duma for the first time in the country’s history.

Unsurprisingly, candidates even loosely connected with Alexei Navalny’s Anti-Corruption Foundation (FBK), which has been designated an extremist organization in June, were barred from running. However, the group has invented an interesting method to challenge United Russia: so-called Smart Voting, already tested during the Moscow elections in 2019. At the time, the tactic was successful, with 23 of the 40 candidates it backed elected. According to Navalny, Smart Voting helped unseat United Russia‘s majority in three cities in last year’s regional elections.

Before this year’s legislative elections, a dedicated website and app were developed by Navalny supporters to help voters pick the best option to maximize the chance of beating pro-Kremlin candidates, thus avoiding dispersing the votes toward several oppositional candidates.

Under pressure from the Kremlin, however, both Google and Apple removed the app from their respective stores after their Russian employees were threatened with jail terms. When organizers turned to YouTube to explain Smart Voting, the video was removed. This is not the first time the Russian government has attempted to subordinate tech companies. The messenger Telegram was completely banned in Russia for two years because it refused to share encryption keys with the security services.

The 2021 elections have been marred by a number of controversies and alleged fraud. During the campaign, smear tactics and other dirty tricks were employed against candidates not running with United Russia. For example, a video of the notorious rapist Viktor Mokhov wearing a T-shirt and cap showing the KPRF logo and praising its leader, Gennady Zyuganov, was shown across several media outlets a few weeks before the election. In May, a group of women depicting themselves as part of the Ukrainian collective Femen staged a protest supporting the KPRF candidate Nina Ostanina.

In the months before the vote, articles describing scandals and petty crimes committed by KPRF candidates started to appear in tabloids and newspapers. A “gay parade” in support of the right-wing LDPR party on a boat on the river Neva in St. Petersburg was staged to divert potential voters; the party’s electoral base is staunchly conservative.

Another dirty tactic was the emergence of so-called spoiler candidates to break up the vote. A few days before the election, Boris Vishnevski, a candidate for the liberal-democratic Yabloko party, lamented that two other candidates with the same name and appearance were registered in an apparent attempt to disperse votes. According to an inquiry by the Russian newspaper Kommersant, spoiler candidates have also been deployed against KPRF.

Numerous surveillance videos from several polling stations around the country showed ballots being tampered with. The Organization for Security and Co-operation in Europe was not able to send observers because of the pandemic. The fact that United Russia reached almost 50% of the vote compared to the 40% anticipated by opinion polls is likewise suspicious, especially in Moscow, where the party’s support is among the lowest in the country.

Moreover, after a significant delay in reporting results, online votes suspiciously reversed predictions and past voting patterns, granting victory to United Russia candidates in 15 electoral districts across the capital. In the words of Sergey Shpilkin, an independent election analyst, “Electronic voting is an absolute evil — a black box that no one controls.”

The 2021 legislative elections represented only a partial victory for United Russia. Even though the party succeeded in securing control of parliament, controversies around the vote have further weakened its legitimacy. Conversely, the Communist Party has strengthened its presence in the Duma, possibly also thanks to Navalny’s Smart Voting.

KPFR is also possibly evolving from a systemic opposition party to a more vocal critic of the Kremlin, especially after several of its politicians have denounced the many irregularities that occurred before and during the elections. Moreover, the party successfully led a demonstration against the alleged fraud last Saturday, claiming that mass arrests have been performed just before the event.

Several commentators have emphasized how these elections have been the least free in Russia’s modern history. Indeed, the country seems to be further strengthening its authoritarian grip in face of its weakening electoral appeal. After the elections, two more independent organizations, the online magazine Mediazona and the police monitoring project OVD-Info, have been added to the rapidly growing list of foreign agents, while new charges have been pressed against Navalny, who is currently serving a two-and-a-half-year prison sentence for parole violation.

It remains to be seen if the opposition could find ways to elude the pervasive control of the Russian state and coordinate united action, especially since disunity was the main cause of failure in 2011-12. Moreover, KPFR will have to decide whether it wants to remain “systemic” or join the opposition. Such a prospective alliance looks very fragile because of the neo-Stalinist leaning of a significant part of the KPRF leadership as opposed to the liberal slant of Alexei Navalny and his movement.