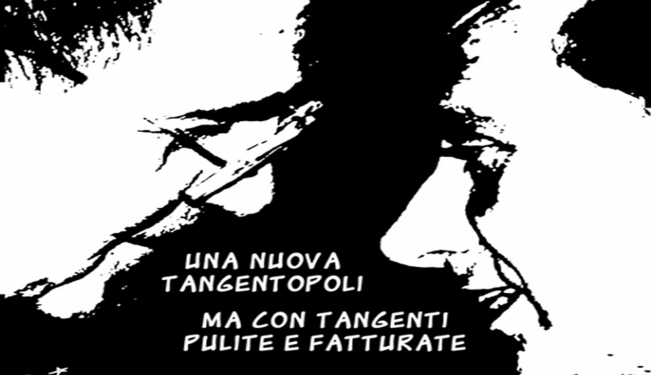 Mauro Gilli examines the causes of Italy’s troubled political system and its similarities to the early 1990s.

For those old enough to remember, Italy’s current political and economic sickness  is quite reminiscent of 1992. In 1992, Italy faced two separate crises: a political crisis triggered by the uncovering of “Tangentopoli” (Bribesville), a wide and deep system of corruption that political parties relied on for their financing, and a financial crisis, which forced Italy to devalue its currency, the Lira.  As a result, Italy seemed to be on the brink of collapse, especially given the challenge posed by the Northern League party, which was then pursuing a secessionist agenda.

In the past three years, corruption scandals have resurfaced at an increasing rate, revealing that despite “Mani Pulite” (“Clean Hands”), the inquiry that led to the uncovering of Tangentopoli, the Italian political system has remained deeply corrupt. Minister Claudio Scajola, undersecretary Marco Milanese, and Guido Bertolaso,  head of the civilian emergency agency,  have resigned, all due to different scandals. Additionally, MP Alfonso Papa was preemptively jailed and former regional governor Totò Cuffaro was sentenced to seven years in prison for his involvement with the Sicilian Mafia. Perhaps most damaging,  Prime Minister Silvio Berlusconi, in addition to his considerable legal problems, has been involved in additional scandals, ranging from involvement with underage call girls to patronage of RAI, the Italian public broadcasting company.

Similar to the early 1990s, a financial crisis has followed suit. Last month, the financial turmoil that had so far affected Portugal, Ireland, Greece, and Spain (PIGS) finally spread to Italy, as investors  fear that Italy’s large debt (120% of its GDP) and its stagnant economy might prove to be unsustainable in the long run.

Back to 1992
Italy’s reversion to its poor condition in the early 1990s is even more disconcerting when one considers the failure of its reforms in the last twenty years.  In the past fifteen years, corruption has been increasing steadily and is now higher than it was in 1992.  The same is true for waste and red tape in the government as well as for patronage and cronyism.  Most notably, public spending in the last ten years has increased by 50%.  Despite this, no significant public investment has been made during this period.

With a stagnating economy, Italy has finally seen the financial markets start betting against it.  The political system, paralyzed by internal scandals and conflicts, has no ability to adopt the measures needed to avoid the worst from happening.

The cumulative situation begs the question:  Why has Italy fallen back into the same crisis as in 1992?  The answer lies in the nature of the Italian political system, which is filled with unaccountable politicians with control over the economy.

The case of electoral reimbursements offers only a partial view of the problem Italy faces.  For a more complete understanding, one needs to understand the control political parties exert over the Italian economy and society.  Italian political parties control “aziende municipalizzate” (utilities companies that are still partially public- owned) and “fondazioni bancarie” (the trust funds behind banks), and many other companies such as RAI, Alitalia and Trenitalia.  Such grasp allows politicians to have an important, if not exclusive effect on appointments and allocation of resources.  Italy is characterized by a patronage society with a state- controlled economy. Such an anti-meritocracy inhibits the rise of the most talented; as a result, resources are utilized inefficiently and often wasted.

The unaccountability of Italian politicians and their control over the national economy has led to disaster. Politicians eager to increase their power and wealth have been able to act without check with the loyal support of their interest groups.  Italy is now paying the price for this folly.

Who is to blame?
There is little doubt that Silvio Berlusconi is most responsible for this disaster, as he has run three different governments: in 1994, from 2001 to 2006, and from 2008 onwards.  The failure of his leadership is self-evident, as the liberalizations he had promised have not made it beyond the op-eds of friendly columnists who were forecasting a Reaganite revolution.  The commitment to make Italy a more dynamic country, not suffocated by red tape and corruption, has been eclipsed by scandals.  In effect, Berlusconi has not freed Italy from the leeches on its back.  Instead, by surrounding himself with individuals interested only in aggrandizing their power and wealth, Berlusconi has exacerbated the situation.  When his legal problems finally became his first concern a few years ago, Berlusconi came to depend on his yes-men as much as they depend on him, thus limiting his capacity to act.

It would be unfair, however, to solely blame Berlusconi.  The tale of the Italian disaster has many authors, and while Berlusconi has clearly been responsible for the current situation, the opposition has also played its part.  To its credit, the center-left coalition governed better than the current center-right.  However, this more reflects the failure of the latter, rather than the success of the former.  The center-left government led by Romano Prodi in 2006 consisted of 103 ministers and undersecretaries, an unprecedented number even by Italian standards.  In order to accommodate all of them, the government had to meet in a villa outside Rome, since no building in the capital could host them altogether.  When the first budget law was under scrutiny in 2006, this wide and incoherent coalition could not come to an agreement. The result was a lowering of the retirement age for some public officials, an irrational and damaging decision in Europe, especially given Italy’s aging population and urgent need for reforming the pension system.  Constrained by the Communist Party and other extreme parties from the left, the center-left Coalition, weakened by recurring scandals, finally fell when prosecutors started an investigation concerning Clemente Mastella, the Minister of Justice.

Is There a Future?
A prognosis of how Italy will survive its financial, political, and social crisis is quite difficult.  At the moment, prospects are grim. The government, having praised itself for three years for its response to the Great Recession, has been caught by surprise by the unfolding events. It seems to be clueless on how to address the panic in financial markets.  At the same time, the opposition is driven by slogans more appropriate for the 1970s.  Italy has a paucity of leadership and no political leader or party presents a viable alternative.

Italian citizens have to reform their political institutions.  They must realize that Berlusconi is a burden for Italy, and that Italy is better off without him.  While doing so, they must remember that Berlusconi is a symptom rather than simply a cause.  His tenure has increasingly become driven by the attempt to save himself from prosecution.  Without a more accountable political system, Italy’s future will continue to be like its past.