Within the Gulf Cooperation Council (GCC), Italy has one key partner—the United Arab Emirates (UAE); two economic partners—Kuwait and Qatar; and three third-party partners—Saudi Arabia, Bahrain and Oman. As Italy grapples with an ongoing financial crisis, officials in Rome view the GCC’s interest in diversifying its web of security partnerships as an opportunity to take advantage of a lucrative defense market and to boost national exports.

Military bonds between Italy and the GCC are taking shape within the context of a Gulf-Mediterranean security nexus. Southern European and Arab Gulf states are forging stronger ties to fortress themselves against the security threats posed not only by militant Islamist extremists, but also by the flood of refugees and migrants caused by the raging conflicts in the Middle East and North Africa (MENA). Although Italy is not mainland Europe’s top arms dealer (France holds that title), the escalating geopolitical instability across the MENA region will likely give rise to stronger cooperation in the defense sector between Rome and the Gulf states. Prime Minister Matteo Renzi’s government has provided an unprecedented level of support for Italy’s military industry, which has scored significant achievements in three GCC countries this year.

In March, the UAE—the GCC’s longest-standing purchaser of Italian weapons and the Arab Gulf state with closest ties to Rome—agreed to a $355 million deal to buy eight drones from Piaggio Aerospace. Since 2015, Mubadala, a public joint stock company and an investment vehicle of Abu Dhabi’s government, has acquired 100% of Piaggio Aerospace. This is one of the most strategic among GCC-owned Italian assets, particularly due to Piaggio Aerospace’s plans to develop a line of drones. This deal means that, for the first time ever, a technologically advanced combat item would be GCC-owned since its inception.

The UAE is also an important political and strategic ally of Italy. Rome frequently reaches out to Abu Dhabi for support—first and foremost pertaining to the Libya dossier and, to a lesser extent, to Egypt’s. Indeed, the frequency of high-level bilateral political visits has increased significantly over the past few turbulent years. Convergence, however, on specific regional crises, especially Libya, comes with limits. Although the UAE unequivocally supports the Tobruk-based government and General Khalifa Haftar’s anti-Islamist forces in the Libyan National Army (LNA), Italy has been pushing for the Tripoli-based Government of National Accord (GNA), brokered by the United Nations in December 2015, and views General Haftar as an important security interlocutor, but not a political one.

Officials in Rome, however, usually set aside these sensitive dossiers with the other GCC members, although several are important economic and defense partners of Italy. In June, for example, Italy’s state-owned Fincantieri secured a $4.5 billion contract with Qatar to supply Doha with five warships which, according to Il Sole 24 Ore, will come with missiles and radar. This landmark deal followed years of conversation between Rome and Doha. The visit of Emir Tamim Bin Hamad al-Thani to the Italian capital in January laid the groundwork for the contract, which includes the training of Qatari personnel by Italy’s navy.

In April, Kuwait signed a $9.1 billion deal to purchase 28 Eurofighter jets from the EuroRADAR consortium, led by Finmeccanica, marking the largest contract ever secured by the Italian defense giant. The deal includes logistical and operational support, as well as the training of both aircrews and ground personnel, to be carried out in cooperation with the Italian Air Force.

Italy, Qatar and Kuwait finalized these two contracts only as a result of government-to-government agreements signed between the defense ministries of Rome, Doha and Kuwait City. They represent a significant upgrade in what were already important economic relations. Whether they will lead to stronger political and strategic cooperation remains questionable.

Finally, there are those relations that are strictly linked to third parties—in this case to Italy’s most important ally, the United States. Italy’s ties with Saudi Arabia, Bahrain and Oman, with whom bilateral relations never truly took off, strengthened only after Washington reached out to its European Union (EU) allies to share security responsibilities in the Persian Gulf.

Since the beginning of the Saudi-led campaign in Yemen, Italians exported approximately $62 million in arms, ammunition and spare parts to the Saudis, who fly the Eurofighters jets in their war against the Houthi rebel movement and forces loyal to former Yemeni President Ali Abdullah Saleh.

Italian-Saudi relations, however, are complicated. On one hand, Prime Minister Renzi’s government has tried to reach out to the Saudis with two high-level visits to Saudi Arabia in two years. (Renzi visited Riyadh in November, and in June Foreign Minister Paolo Gentiloni visited Jeddah.) Indeed, there are a host of Italian firms with a strong presence in the Saudi market; they collaborate extensively with local companies to build infrastructure and petrochemical factories in cities across the kingdom. For instance, Salini Impregilo, a leading constructor, built Riyadh’s Kingdom Tower and is currently working on Riyadh’s subway project.

Yet the numbers are quite small given the country’s size. This is partly because the level of mutual contacts and familiarity between Italy and Saudi Arabia—just as with Bahrain and Oman—has been historically low, and these countries have been traditionally treated as friends of friends, rather than as full partners. In addition, Italy’s geopolitical alignments have often been at odds with Saudi Arabia’s.

Italy’s historically strong connection to Iran represents the major obstacle in Rome-Riyadh relations. Partners since the 1950s and up until the 1979 Islamic Revolution, Italy is a trusted interlocutor for the Iranians, who pushed strongly for Italy to be included in the P5+1 group negotiating on the nuclear file in 2004. In 2013, former Minister for Foreign Affairs Emma Bonino was the first European foreign minister to visit the Islamic Republic following the end of President Mahmood Khatami’s tenure in 2005. At that time, the Italian diplomat was already pushing to include Iran at the negotiating table at the Geneva II conference on Syria.

Since the signing of the nuclear agreement, Italy has been quick to arrange an exchange of high-level political visits with Tehran and to ink significant deals in sectors such as petrochemicals, heavy industry, infrastructure, finance and defense. In September, Iran even negotiated a naval exchange deal with Italy for its warships to be berthed in Italian ports and vice versa. This agreement, in particular, as well as the general political vicinity of the two countries, represents a red flag for the Saudis, especially in an increasingly polarized region.

A grave concern in Riyadh and other GCC capitals is that Iran’s reintegration within the global economy, as well as Tehran’s improved relations with Italy and other Western states, is paving the way for more states of the North Atlantic Treaty Organization (NATO) to begin viewing Iran as a useful partner, if not a tacit ally, in the struggle against Sunni Islamist extremism and terrorism.

Click here to join our community of more than 1,900 contributors and publish your perspective

Indeed, when Iranian President Hassan Rouhani made his watershed visit to Italy in January, Renzi called on Rome and Tehran to cooperate jointly in an effort to defeat the “evil” Daesh (Islamic State). In 2015, EU Foreign Policy Chief and Member of the Italian Parliament Federica Mogherini hailed the nuclear deal’s passage. She wrote that the watershed agreement could “open unprecedented possibilities of peace for the region, starting from Syria, Yemen, and Iraq.” These statements were poorly received in Arab Gulf states such as the UAE, where officials, certainly encouraged by Riyadh, accused Mogherini of failing to understand their perception of Tehran’s foreign policy in the Arab world as aggressive.

Yet not all members of the GCC are likely to have a negative attitude toward deeper Italian-Iranian ties. The Sultanate of Oman, which is the council’s most independent state and maintains a cordial relationship with Tehran, shares Italy’s view of Iran as a nation with an important and legitimate role to play in resolving international security crises. Although Oman’s relationship with Italy has been so far unsteady—with limited cooperation in fields such as tourism, oil, gas and construction—Rome is increasingly viewing Muscat as a valuable diplomatic interlocutor. Often dubbed “The Switzerland of the Middle East” and rightfully credited with promoting peaceful solutions to regional conflicts, the Omani perspective can be increasingly valuable at a time when Italian officials grapple with refugee crises stemming from conflicts for which the only solutions are political.

At the same time, there may been reason to expect that Italy and Oman are also exploring a defense partnership. In September, Rome and Muscat’s defense ministers, Omani military officials and the Italian ambassador to the sultanate attended an Omani-Italian joint military exercise in Jebel al-Akhdar. As Oman struggles to achieve its aim of economic diversification, Muscat officials view the sultanate’s ports such as Duqm as crucial trade hubs with great potential for growth in the shipping and logistics sectors. This would, in turn, offer more Italian firms a stable corner of the MENA region for trade and investment. By aiding the Omani military with joint drills, Italy is perhaps suggesting that it is a stakeholder in the long-term security of the country—as well as of the region.

Italy in the Middle East

A final consideration emerges from this analysis. As Italy begins to define its presence in the Gulf region, it must achieve a delicate balance between its relations with Riyadh, Tehran and the other Arab Gulf capitals.

As the GCC nations respond to escalating geopolitical instability and rising sectarian temperatures by asserting a more muscular foreign policy, while becoming less confident in their most important defense partner, the US, they are turning to other NATO members to counterbalance their dependence on Washington for weapons deals. They might be exploring the Italian option not only as the world’s eighth largest international arms exporter, but also, potentially, as a country that perhaps could still be persuaded to align with the GCC states on a host of global security issues, especially in the Mediterranean. Then, perhaps, Italy could sway other European countries to follow.

For these reasons, this Mediterranean country, until now essentially a stranger in the neighborhood, is likely to play an increasingly important role in the Arab Gulf states’ long-term strategic planning. 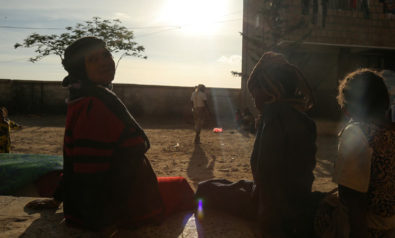 Talking About the Other Side of Yemen 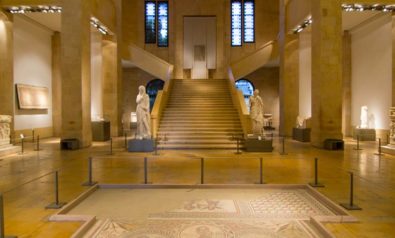 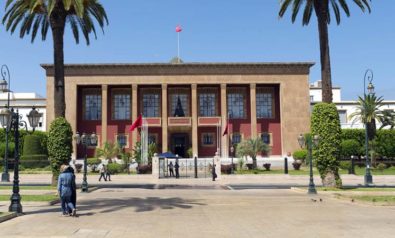 Writing the Next Chapters of Morocco and Algeria