When the government led by Prime Minister Giuseppe Conte was unable to find eleven lawmakers willing to join its ranks in the house of representatives in order to keep his ruling majority, President Sergio Mattarella decided to offer the former president of the European Central Bank, Mario Draghi, the possibility to try to form a new governo tecnico. Italy’s last technical government was led by Mario Monti between 2011 and 2012. A third Conte cabinet did not materialize because of the opposition by Matteo Renzi, the leader of Italia Viva, a party currently polling at 2%.

The Italian Job: Can Mario Draghi Master It?

All political parties in the Italian parliament supported Draghi’s appointment except one: Giorgia Meloni’s Fratelli d’Italia (Brothers of Italy). Even the Euroskeptic and anti-immigration populist-radical Lega (League) agreed to support Draghi, with its leader Matteo Salvini affirming, “I rather prefer to play the game and manage 209 billions of euros than not,” referring to the Italian share of the Next Generation EU plan agreed in July last year.

Next Generation EU, a €750-billion ($904-billlion) stimulus package designed to boost post-pandemic recovery, will be the largest ever financed by the European Union. Taken together with the EU’s long-term budget, overall recovery funding stands at a total of €1.8 trillion, aimed at rebuilding, “a greener, more digital and more resilient Europe.”

The complex intergovernmental dynamics that have led to the agreement behind Next Generation EU are well known. What began with the initial opposition by the so-called “Frugal Four”  — Austria, Denmark, the Netherlands and Sweden — to the French-German initiative in May 2020 ended in an impasse provoked in late November by Hungary and Poland’s veto of the EU budget. Warsaw and Budapest were concerned about the Rule of Law Mechanism attached to the stimulus that would make it easier for Brussels to sanction violations of democratic principles by withdrawing aid.

Of the €750 billion, about two-thirds would be non-repayable grants financed by joint borrowing, and one-third will consist in loans. With the aim to help less wealthy countries, Italy and Spain will get the biggest chunk, €209 billion and €140 billion respectively, with France “only” allocated €40 billion. Next Generation EU has been hailed by many as the “new Marshall Plan” that helped lift Europe out of the ruin of the Second World War. However, its practical implementation is revealing to be more complicated than earlier expected.

For instance, the Spanish government led by Prime Minister Pedro Sanchez has already officially declared it will not seek €70 billion in loans, in a move similar to the one announced by Portugal’s Prime Minister Antonio Costa. In Italy, the recent political crisis erupted when Matteo Renzi quit the government over an objection to Conte’s plans for how to spend EU recovery money. In particular, Renzi, once an enfant prodige of Italian and European politics, was critical of the highly technocratic governance that the Conte cabinet was originally seeking to adopt vis-à-vis the stimulus package, including a task force composed of more than 300 experts. Conte, whose popularity has increased over the course of the pandemic, in order to avoid possible vetoes, had previously defended the move by highlighting that it was required by the EU.

With the Italian government desperately trying to avoid a return to the ballot box during a pandemic, which has already killed nearly 100,000 Italians so far, and an executive struggling to produce a consistent dossier on how to allocate the money from the EU recovery plan, the move by Giorgia Meloni to not lend support to the new government might appear pointless. In fact, Meloni was the only Italian political leader who called for new elections. According to polls, an election now would give to the Italian populist radical-right parties a landslide victory, with Salvini’s League and Meloni’s Brothers of Italy potentially garnering 40% of the votes.

However, the Brothers of Italy, which in the last year has moved from 10,7% to the current 17%-18%, could vastly benefit from this “isolating abstention.” By simply waiting for the end of the honeymoon between Draghi’s technocratic executive and Italian political parties, the Brothers of Italy could easily build narratives based around blaming the incapacity of the current executive to efficiently utilize the EU funds; denouncing a technocratic agenda dictated by the European “bureaucrats” in Brussels or by “foreign” policymakers in Berlin and Paris; and by criticizing the opportunistic and inconsistent attitudes of other Italian parties, including the League.

What is certain is that a highly deteriorated and inflamed post-pandemic landscape could provide a perfect context for the Brothers of Italy to gain support by reverting to social policies that à la Orban or à la Kaczyński, focusing on the pillar of “traditional” family. The Brothers of Italy was formed in late 2012 following the open disagreement with the center-right People of Freedom party launched by Silvio Berlusconi, and since then, Miloni has been clearly outlining social and family policies she wants to adopt in Italy. Those policies are based on the principles of conservativism and nationalism, and on intelligent, soft Euroskepticism in the name of sovereignty.

The policies are the focus of a grand strategy to increase birth rates and protect the traditional family, with generous incentives for both parents and children alongside investment in social housing. It is important to note here that, differently from the League’s economic policies, based on a syncretic and opportunistic mix of both neoliberal and autarchic worldviews protecting small and medium enterprises, the Brothers of Italy has a clear and organic economic vision. As Mitchell Orenstein, among others, has brilliantly demonstrated in the case of Hungary and Poland, these types of policies can be particularly effective in buying many voters into the nationalist right’s vision of a social state. Could this be the case in post-pandemic Italy? 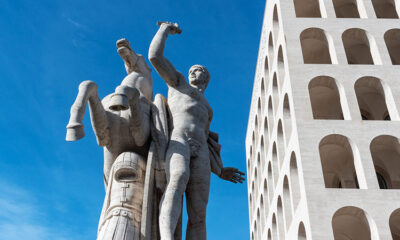 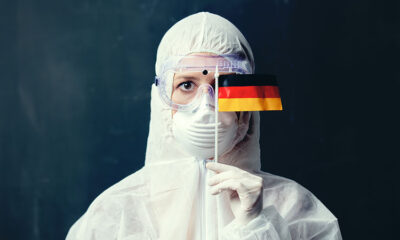 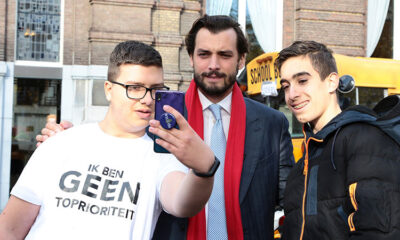 What WhatsApp Conversations Reveal About the Far Right’s Ideology