A political crisis was the last thing Italy needed during the COVID-19 pandemic. Yet a personal conflict between the leader of Italia Viva, Matteo Renzi, and the previous prime minister, Giuseppe Conte, led to the collapse of the coalition in mid-January. President Sergio Mattarella then commissioned 73-year-old Mario Draghi, the former head of the European Central Bank (ECB), to form a technocratic government, which he will preside over as prime minister.

According to Mattarella, it would have been risky to organize early elections during the pandemic. Indeed, new elections would have delayed the fight against the pandemic. In addition, the prospect of a right-wing populist government would also probably have had a negative impact on the financial markets — a risk that had to be avoided in an already challenging situation.

Draghi is inheriting a difficult situation. In Italy, the health, economic and social crises triggered by the pandemic have exacerbated the country’s enormous structural problems. Italy’s “seven deadly sins” — as Italian economist Carlo Cottarelli called them — are tax evasion, corruption, excessive bureaucracy, an inefficient judicial system, demographic problems, the north-south divide and difficulty in functioning within the eurozone. As a result of the pandemic, gross domestic product (GDP) fell by almost 9% in 2020, public debt rose to around 160% of GDP and more than 400,000 jobs were lost. The inability of the traditional parties to find solutions for the economic problems keeps support for the right-wing populist coalition (Lega, Fratelli d’Italia, Forza Italia) at almost 50%.

Even though almost all major political forces have declared their intent to cooperate with the Draghi government, the framework of a technocratic government offers the right-wing populists a target. It is quite conceivable that they will accuse Draghi of lacking democratic legitimacy. It will also be a challenge for the new head of government to govern without his own parliamentary majority.

Managing the Health Crisis Without Austerity

The top priority of the new leadership will be to manage the health crisis. This includes speeding up vaccinations and supporting schools and the labor market. This means applying for — and successfully using — funds from the financial assistance plan of the European Union to mitigate the economic and social consequences of the COVID-19 pandemic. The expected €200 billion ($243 billion) or so from this fund could benefit the economic recovery as well as the planned structural reforms in public administration, taxation and the judiciary, which will give the new government more room for maneuver in economic policy.

Unlike the last technocratic government under Mario Monti between 2011 and 2013, the fact that Draghi will not have to enact politically-costly fiscal consolidation with possible negative effects on GDP growth can also be seen as an opportunity. This is mainly due to broad market confidence in Draghi and the fact that his government is operating from the outset under the protective umbrella of the ECB, which will not allow the cost for servicing public debt to rise excessively. The eurozone’s fiscal rules have also been temporarily suspended; this makes it possible to support the economy through fiscal policy measures.

Finally, it should not be forgotten that, despite the structural problems, the Italian economy has many strengths: Italy is one of the most industrialized countries in Europe and the second-largest exporter after Germany. If some obstacles to growth are removed and, for example, credit is released by the Italian banking sector, the pace of recovery could pick up significantly. Draghi’s experience from the finance ministry and in central banking could help him set a decisive course.

Who Will Succeed Mario Draghi?

Nevertheless, given the major challenges facing Draghi’s technocratic government, one should be cautious about expectations. The next general election is less than two and a half years away, and it cannot be ruled out that it will be brought forward. That is very little time to address structural problems that have existed for decades.

To avert a victory for the right-wing populists, the new head of government will do everything he can to prevent early parliamentary elections until the current moderate majority in parliament has elected President Mattarella’s successor. The latter’s term ends in February 2022, and it cannot be ruled out that Draghi himself will succeed Mattarella. He could use his authority and power as president to stabilize politics, as is the traditional role of the Italian president.

In 2012, Draghi saved the eurozone as head of Europe’s most important financial institution. In the current crisis, even if supported by figures from across a broad political spectrum, he will act as head of one of Europe’s most politically-fragile governments — an incomparably less favorable starting position.

Draghi will make the best possible use of his time as head of government. That much is certain. However, given the massive level of support for the populists, the most important question is: After Draghi, will someone take the helm who will continue his reforms or reverse them? Not only Italy’s future but also that of the entire eurozone depends on it. 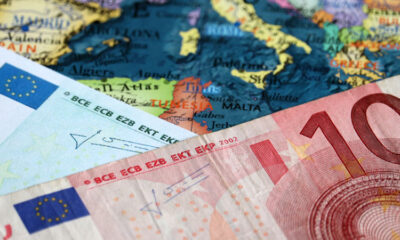 The Challenges Facing the Eurozone 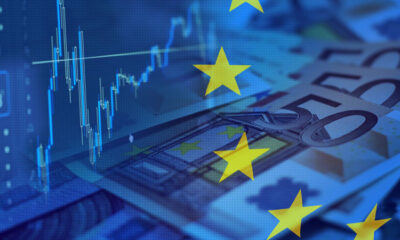 Banking Regulation in the Euro Area: Germany Is Different