“Sometimes there is a news story that has a power that reaches beyond the material facts.” This is how British comedian-turned-activist Russell Brand opens his Trews segment on the Grenfell Tower disaster. “The image of a burning tower is loaded with significance, both modern and ancient,” he continues.

So far, 79 people are believed to have lost their lives when the Grenfell Tower in London’s affluent Royal Borough of Kensington and Chelsea caught fire on June 14. Residents became trapped in the 24-storey apartment block as flames lit the night sky, with tens of residents on the top floors unable to get out through the acrid smoke. One of the first victims to be named was a Syrian refugee, Mohammed Alhajali, who escaped Daraa three years ago, and 5-year-old Isaac Shawo, who became separated from his parents on the long descent from the 18th floor. Each death is tragic, especially because the fire appears to have been preventable.

As the tower was still burning, reports emerged that the residents had raised numerous complaints about fire safety in the building. Despite a recent refurbishment that cost nearly £10 million ($12.6 million), the tower block was left with no central sprinkler system and just one staircase for some 120 apartments. The flammable cladding, added to make the block more fitting to its luxurious neighborhood, has been described as one of the main reasons the fire was able to gain such catastrophic proportions. As a blog post on Grenfell Action Group presciently warned in November 2016, only “a catastrophic event will expose the ineptitude and incompetence of our landlord … and bring an end to the dangerous living conditions and neglect of health and safety legislation that they inflict upon their tenants and leaseholders.”

The fire has become a major political crisis for the already-shaky Conservative government, as the deep-seated inequality within British society is left exposed by the bare skeleton of Grenfell. As local residents and charities stepped in to help those who lost everything, the authorities were slow to recognize the scale of the disaster and to tap into public anger against what Brand says were people being sacrificed for “greed and comfort.” 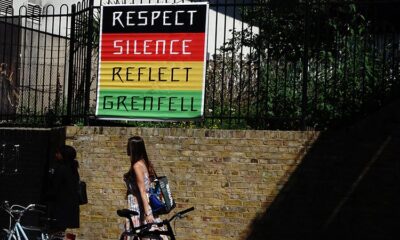 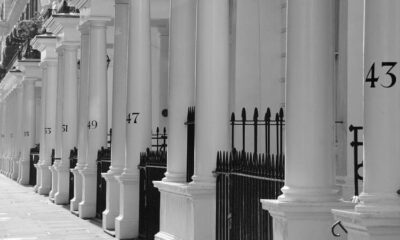 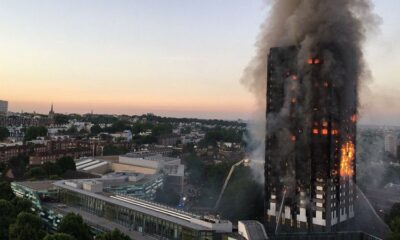