The Greek government has been taking steps that curb the country’s freedom of the press.

While outside media coverage of Greece this summer has focused on the migrants stranded at the gates of Europe, the far-left Syriza party continues to juggle the state’s astronomical debt and contentious negotiations over bailouts and harsh austerity measures.

The just-completed sale of new television licenses has become the latest battleground, as the government effectively forces some stations off the air through a new media licensing regime. While the government claims the policy will reduce media corruption and increase revenue, critics charge it is a blatant attempt to control the media for Syriza’s own political purposes. According to this narrative, the move is just the latest in a string of actions by Syriza to enhance its own power and weaken its opponents.

Over past several months, Prime Minister Alexis Tsipras and his party have taken several steps to shore up their position in power in the face of poor polling. One particularly blatant move was a plan to change the way parties are awarded seats in the Greek parliament. In July, Syriza’s leadership moved to eliminate the 50-seat bonus typically awarded to the party with the most votes, instituting a truly proportional representation system.

Many suspected the plan was actually intended to mitigate losses to Syriza’s main rival, the center-right opposition New Democracy party. Without bonus seats, the thinking went, New Democracy would need Syriza as a coalition partner in order to form a government. Furthermore, the new system could have caused New Democracy to break apart, encouraging members to split and form their own parties instead.

As the parliament’s refusal to let Tsipras immediately institute these changes goes to show, the rest of the establishment fears further chaos in a political system that went through two general elections in 2015.

Given the false starts and outright double-speak that has dogged Tsipras’ government since it took power 19 months ago, the Greek premier has not exactly earned the trust needed to enact such reforms. The most egregious, of course, was last year’s much-hyped referendum on austerity. Despite campaigning against a bailout deal with creditors and asking Greek voters to support them—which they did in the July 2015 referendum—Tsipras turned around and quickly approved wide-ranging austerity measures. These included substantial pension adjustments, a hike in value added and corporate taxes, collective bargaining reform, privatization, pay cuts for public employees and strict public spending limits.

Tsipras asserted he had no choice but to pass the measures in order to keep Greece in the eurozone, but many of his political allies and European observers (former Italian leader Mario Monti among them) saw it as a betrayal of democracy.

Even when going along with European demands for privatization and reform, Syriza has undermined confidence in itself. For example, the government has attempted to nationalize and resell already privatized infrastructure assets, as was the case when it offered the Skaramangas shipyard to potential Chinese buyers.

The controversial media reform measures might turn out to be yet another blemish on the government’s record. Despite its justifications, there is plenty of reason for skepticism that Syriza can truly act as a disinterested arbiter in determining which television networks can stay on the air. To be certain, Greece does not have a stellar media landscape, with the industry run by a small handful of powerful interests who dictate the flow of information.

Harsh austerity measures have left private media outlets in dire financial straits, forcing layoffs of many journalists. Much of Greek media income comes from government advertising and subsidies, helping create a culture in which journalists are reluctant to criticize the government. Non-mainstream publications have been subject to a number of lawsuits for uncovering government scandals.

Syriza’s move to limit the number of national TV broadcast licenses to four (down from eight at present) is ostensibly meant to close off avenues for corruption and make the surviving networks more commercially viable. However, the bidding process was handled not by Greece’s independent regulatory authority, but by the government itself. Thanks to a small number of stations, the government can now more easily wield influence through the distribution of public advertising and the control of licensure.

The European Union (EU) has expressed its concerns over the course of press freedom in Greece, feeding into an already-vociferous debate over the media’s independence from the government.

If Syriza is trying to assert control over Greek media, Tsipras and his political allies could reach out to their acquaintances in Moscow for advice. Greece’s current government, after all, has already positioned itself as a close and reliable ally for Russian President Vladimir Putin and his inner circle within the EU.

The evolution of the Russian media landscape since Putin first came to power offers a masterclass in how a supposedly independent press can be brought to heel, with the state dictating the flow of information and developing international channels (like Sputnik and Russia Today) to broadcast the Kremlin’s talking points to an international audience.

Of course, Tsipras doesn’t necessarily need an international platform for his purposes. He simply needs friendlier domestic coverage to help keep his party in striking distance in the polls. 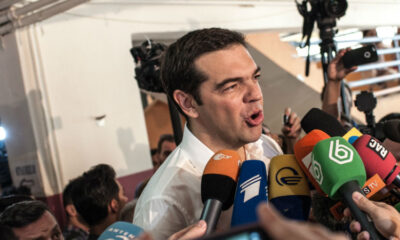 Time Running Out for Tsipras and Greece 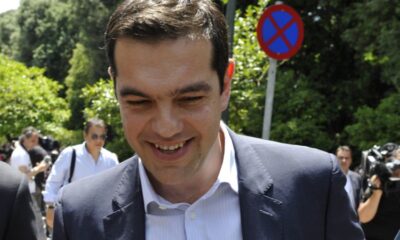 Greek Crisis is Not Only a Tragedy: It is a Lie