Over centuries, Europeans have developed local traditions that define the economy, the arts and the rituals of daily life. Those traditions sometimes belong to nations or are spread across the entire continent. Sometimes they are very local and remain unknown beyond a small region. The institutions of the European Union have made an effort to regulate and even suppress some of those practices as well as preserve and protect many others, particularly those that have been endangered by modernity.

The Guardian highlights one example of a traditional hunting practice in the southeast of France called la chasse à la glu or glue-trapping. The practice consists essentially of using the calls of encaged songbirds to incite unsuspecting members of the same species to land on sticks placed nearby that have been coated with glue. After landing, the birds become literal “sitting ducks” for the hunters to aim at. The practice turns out to be doubly cruel because the hunters capture and cage living birds whose calls attract the free birds that will be killed by the hunters.

As The Guardian reports, glue-trapping “was banned in the EU by a 1979 directive, except in special circumstances where it is ‘controlled, selective and in limited quantities.’ Since 1989, France has invoked these circumstances to permit glue-trapping in five south-east departments on the grounds that it is ‘traditional.’”

A traditional French hunting method for catching and killing birds, by which the victims are enticed through pleasurable and flattering messages to an area in the wilderness where sticks covered with glue are placed by hunters to prevent the birds from escaping, a strategy carefully imitated by the marketing minds of commercial social media

In the name of protecting the ecosystem and minimizing the degree of cruelty and suffering related to hunting, European law forbids the practice, but French law permits it as a recognition of a time-honored traditional practice linked to the local economy. “The hunters claim glue-trapping dates back at least several family generations, and reject accusations of cruelty,” The Guardian reports.

The avoidance of cruelty has become a cultural norm in the modern world, especially in Europe, where cruelty to humans is severely repressed, as witnessed by the disappearance throughout Europe of the death penalty. The glue-trapping hunters base their claim of legitimacy on three criteria: the universally recognized tolerance of hunting as a strategy for survival (even if modern hunters can survive without hunting), the consecration of time (tradition) and genealogy (family). The last two values — tradition and family — are specifically important in southern French culture. They have less impact or persuasive value in northern European countries.

The tolerance of hunting is universal and has always been regulated by complex laws. Despite its universal acceptance, in recent times anti-hunting movements have emerged, focusing on the question of unmerited cruelty to prey. The hunters’ argument based on time and tradition appeals to the psychological and sociological principle of cultural inertia that clearly influences law, as a factor of social stability and historical continuity. Time-honored practices that may grate against modern sensibilities can continue to survive, thanks to their perception as being rooted in what may be thought of as an ecology of human behavior. This is especially true if there is an economic dimension and the practices impinge on the struggle for survival.

Today’s European political and economic news contains an extreme illustration of that principle, far more significant than the question of glue-trapping. “An initiative against tax havens has been voted down by states who cannot afford to lose the revenue such status brings,” The Guardian reports. The reason cited is the “reliance” of these countries on artificially favorable corporate tax rates granted by some countries to big US tech companies. These corporations thus find a way to avoid paying taxes in the countries where they do business. The article notes that “too many influential countries are now utterly dependent on being tax discounters.” It concludes that countries such as Malta, Cyprus and Ireland “need to be compensated in some way to ease them through a transition period.”

The solution that The Guardian proposes would be compensation for the loss of revenue. It’s unlikely that a similar solution to glue-trapping could exist. Still, after so many years of failure, the critics of the practice might be wise to imagine an approach similar to the one recommended for the tax issue: “These countries need a carrot and not just a stick.” And certainly not a gluey stick.

The bird campaigners who seek a total ban on the practice appear to have turned their lobbying campaign into something of a tradition with its own cultural inertia. With their repeated forays over the past 30 years to gather evidence and present it to European courts having failed, they have now quite logically resorted to taking their case to the court of public opinion by offering journalists an opportunity to appeal to their readers’ shared sense of indignation at unnatural practices. The intention is good but the approach is bound to be ineffective. “We’ve concrete evidence that sometimes the bird is struggling for 20-30 minutes,” says Yves Verilhac of Ligue pour la Protection des Oiseaux (LPO). It’s the “sometimes” that hurts. Things that happen “sometimes” rarely justify changing behaviors rooted in tradition or passing laws that will only create local friction.

The discourse of the critics can appear to be less about cruelty than an attack on the very idea that tradition and cultural inertia can sometimes trump legal principles. One critic commented, “This is what they call ‘tradition’, but it’s a practice from the middle ages and barbaric.”

Hunting in the middle ages was most likely less barbaric than today. Apart from a few privileged aristocrats — a tiny proportion of the population, who hunted only on rare occasions — common people hunted, when it was permitted, for survival. Killing always involves cruelty, but anyone who isn’t a vegan learns to live with it. With everyone’s survival now ensured by the existence of supermarkets, hunting has become a sport and a leisure activity.

And today’s sport is possibly far less disciplined and regulated by tradition than the sport practiced by medieval aristocrats. US vice presidents, for example, have even been known to shoot their friends in the face, though the vice president in question, Dick Cheney, had few qualms about ordering the killing of thousands of people who weren’t his friends.

The glue-trap hunters, after all, have a point. “I say to people: ‘You don’t like hunting, that’s fine. I respect your view, but leave me alone. I probably don’t like some things you do but that’s your decision, your life.’” It’s hardly a valid excuse for undue cruelty to animals, but if the courts have not found the detective work of the bird campaigners convincing enough to force the application of the law, their eagerness to expose the crime begins to resemble a form of harassment.

The real lesson of the story should come from seeing it as a parable rather than a serious social problem. Whether it’s the practice of certain social media seeking to lure people into a trap and glue them to a stick (e.g., “your Facebook page”) as repeat consumers who subsequently leave their feathers and much of their flesh (personal data) in the hands of the corporation that runs the media, or whether it’s the corporations that have cemented needy governments into their geopolitical tax schemes, glue-trapping can be seen as a metaphor for the most effective marketing schemes of modern times. 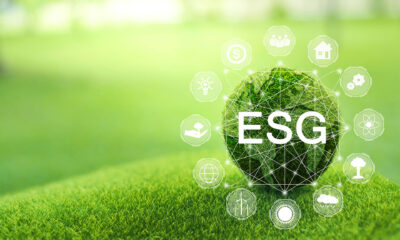 New European Regulation Forces Finance to Up its ESG Game 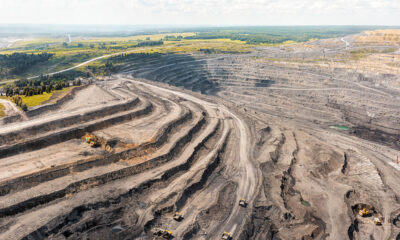 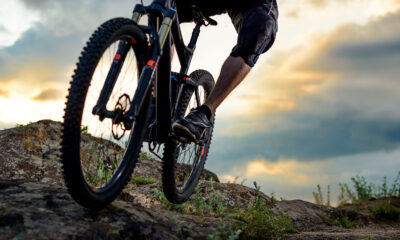