Citizens of the eurozone should pay close attention to economic policy debate about Germany.

Simon Tilford, deputy director of the Centre for Economic Reform, has some critical things to say about Germany’s economic policy in a recent publication. He says Germany is not serving its own economic interests by running a large balance of payments surplus. A country with such a surplus must reinvest abroad, and he says Germans have lost almost a third of what they invested internationally since 1999. This is because they put the cash in property bubbles that burst and other poorly chosen investments.

Tilford says Germans would have been better off investing at home. German money has gone into ghost estates in foreign countries instead of research and development, and roads and schools in Germany itself. That would have boosted German wages, spending and imports.

Some of those extra imports might come from other eurozone countries, who currently have deficits, and this would make the euro more balanced and sustainable. And that would be good for Germany.

While Germany has increased employment by 1 million since 2007, many of these extra jobs are part-time.

Germany is one of the worst and most difficult places in the world to set up a new business. It is 114th in the World Bank rankings.

Its professions are closed to competition from other European Union (EU) countries. And Germany has the worst record for implementing structural reforms, which have been recommended since 2012 by the heads of EU governments, including the German chancellor.

Tilford says German businesses are saving rather than investing, and that this should be discouraged. He urges Germany to boost its consumer spending power by cutting VAT, and financing that by higher property taxes. He says German wages need to rise, and that Germans need the confidence to spend more.

In contrast, Jens Weidmann, president of the Deutsche Bundesbank, said in a speech in Switzerland that German wages have risen by 3% in the last year — which is a real increase — because prices have remained static. Others say that because many Germans are approaching retirement age, it is understandable that they would want to save a bit more. But Germany’s central bank has sensible things to say about how to curb foolish borrowing by governments. In a recent speech, Weidmann asked the question: How can we use market disciplines, rather than mere threats from Brussels, to get countries to run their fiscal policies sensibly?

In other words, instead of the European Commission making a futile attempt to discipline France for its budget deficits, could countries that borrow unsustainably not be stopped by having bond markets charge them a higher interest rate than those that are responsible?

This would require a change in the rules that banks must follow in calculating the risks attached to different types of lending. It would mean, according to Weidmann, an end to the preferential regulatory treatment of government bonds, which includes banks not needing to hold capital reserves against investments in state bonds, whereas they do need to hold reserves against the possibility that other lending they do might go wrong.

This preferential treatment of sovereign debtors of banks is based on the assumption that government bonds are risk-free, a theory that contradicts the no bailout clause in the EU treaties, which therefore reduces its credibility.

It is also a nonsensical assumption, as we can see in the Greek case. There is a risk that governments will not pay, and rules that assume the opposite are unrealistic.

When banks are not required to hold any capital reserves against government bonds, the result is obvious: They will hold too many government bonds, and their solvency would become directly threatened by a sovereign default. That is imprudent.

Hence, Weidmann argued, lending by banks to governments should be backed by adequate capital, in the same way as other forms of lending by a bank has to be.

He said there was another special treatment that should also be ended.

As a general rule, to avoid concentration risks, bank loans to a single private sector borrower may not exceed 25% of the bank’s liable capital. But that does not apply to a bank holding of its own governments bonds. That is a mistake.

In future, large exposure limits should apply to sovereign debtors too. For example, Greek banks should be prevented from buying too many Greek government bonds. That would break the doom loop between banks and governments, whereby fiscal difficulty for a government endangers its banks as well.

From a financial stability perspective, particular problems are posed by the fact that banks often only have government bonds issued by a single country in their portfolio — those of their home country.

Not only do eurozone banks hold more government bonds on their books than ever before (€1.9 trillion), but the home bias has actually become even stronger in the crisis countries in recent years.

In Italy’s case, for instance, 97% of the euro-denominated government bonds held by the country’s banks were issued by the Italian government. That is unhealthy and has been brought about by bad policy in the supervision of banks. 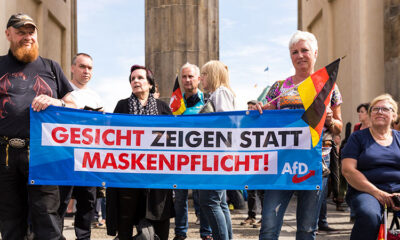 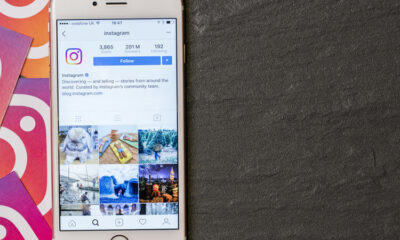