Distributed web, cryptocurrencies and blockchain-based video live-streaming are some of the so-called alt-tech tools that some radical right actors are beginning to use as they continue to be removed from regular social media platforms such as YouTube, Facebook and Twitter.

Just to make sure everyone is on the same page, it’s worth reviewing the layered infrastructure that powers the internet. At the top of the stack are the apps and social media services that users interact with directly. These include social media platforms like Facebook and Twitter, music apps like Spotify, blogging platforms like WordPress and online stores like Etsy and Amazon.

Next are the hosting and routing layers that make all these services available. The hosting layer is pretty complicated, but for the sake of brevity we can include everything from web hosts like GoDaddy and Dreamhost to cloud providers like Amazon Web Services, Microsoft Azure and even domain name registration companies like Web.com or Network Solutions. If we think about what technologies “enable” the higher layers, we should even include payment processors like Venmo and Paypal, and credit card companies like Visa and Mastercard at this level.

At the bottom of the stack are the largely invisible companies that actually connect individuals and organizations to the internet and ensure its basic functionality. These include internet service providers like Comcast and telephone companies like Verizon, as well as content delivery networks (CDN) and distributed denial-of-service (DDOS) protection services like Akamai and Cloudflare, and domain name service (DNS) providers like OpenDNS (now Cisco Umbrella) and Dyn (now Oracle Dyn).

The companies closer to the top of that stack usually have terms of use policies describing behavior that is disallowed on their service, for example copyright infringement, harassment, illegal activity, adult content and so on. Traditionally, when internet users come in contact with content they believe violates those terms, they complain, and sometimes the platform provider will remove the offending content. Sometimes the companies will even attempt to ban repeat offenders, with varying levels of success.

However, the further we go down the infrastructure stack, the less likely a company will be held responsible for content that passes through it. The “dumb pipe” argument typically goes something like this: Should we hold the telephone company responsible for everything that people say while talking on a telephone? The question is, What happens to all the companies in the middle and the top of the stack where the guidelines are not so clear? How much responsibility does an infrastructure company bear for controlling user content?

In August 2017, Matthew Prince, of Cloudflare, wrote a now infamous blog in which he critiqued his own (then recent) decision to cancel DDOS protection services for neo-Nazi website The Daily Stormer. He was worried that Cloudflare, which he positions as a lower-level infrastructure provider, should not be in the business of “content policing” and that his actions in terminating The Daily Stormer were (rather hyperbolically) “the day the Internet die[d].”

But with right-wing extremism and terrorism running rampant on social media, more and more companies at all levels of the infrastructure stack are grappling with their roles and responsibilities in diffusing hate. The 2018 massacre in Christchurch, New Zealand, in which 51 people lost their lives, laid bare the truth of so-called autodidactic radicalization: The killer cemented his radicalization on social media, chose to broadcast his terror on social media, and peppered his manifesto and video with references to extremist social media memes.

In the face of widespread de-platforming that started after the deadly car attack during the Unite the Right rally in Charlottesville, Virginia, in 2017, and continued in fits and spurts following the Christchurch shootings, neo-Nazis and fascists are now attempting to build an alternate internet. It will have minimalist terms of use, principals who are committed to as little intervention as possible, and will be based on inherently decentralized technologies such as distributed file systems and cryptocurrencies.

This nascent alt-tech landscape in 2019 is substantially different from the clone ecosystem that emerged largely as a reaction to de-platforming after Charlottesville. For example, the social media service Gab was created in 2017 as a “free speech” alternative to Twitter. Gab became well known after Robert Bowers used it to broadcast his final words before entering the Tree of Life synagogue in Pittsburgh, Pennsylvania, in October 2018, killing 11 and wounding six.

More recently, Gab has launched additional alt-tech tools that attempt to extend its reach to become more than just a hateful Twitter clone. One is an in-browser extension called Dissenter that attempts to layer a censorship-free comment section on top of any web address. Dissenter has now been banned from both the Google Chrome and Mozilla Firefox stores. In response, Gab announced that it will create its own browser by forking, or creating new software based upon the free and open source Brave web browser.

Gab has also cultivated a close relationship with Epik.com, another profiteer on the alt-tech frontier. When Gab lost its domain hosting in the wake of the Tree of Life massacre, Epik.com stepped in and provided replacement services. It did the same for conspiracy peddlers Infowars and neo-Nazi radio podcast network Radio Wehrwolf. Epik also owns Sibyl, Gab’s web host, as well as Anonymize, a virtual private network, and BitMitigate, an upstart CDN and DDOS-protection company that has shielded The Daily Stormer after it was booted from Cloudflare in 2017.

Companies like Gab and Epik are clearly taking the lead in building solutions that shield extremists from de-platforming at the lower levels of the internet infrastructure stack. But while VPNs and CDNs might be technically important, but they are not typically top of mind for users, investors or regulators.

So, aside from Gab, what is alt-tech creating for the user-facing application space? Back in 2017, YouTube users watched a billion hours of video content per day on that platform alone. Radical-right extremists love to record — and can earn money from — videos and create live streams on YouTube, Facebook and Twitch. But as more extremists are de-platformed or de-monetized on these services, where are they going next? 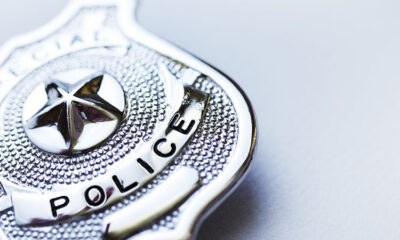 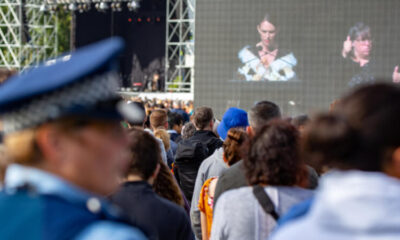 The Christchurch Killer Is Just the Tip of the Iceberg 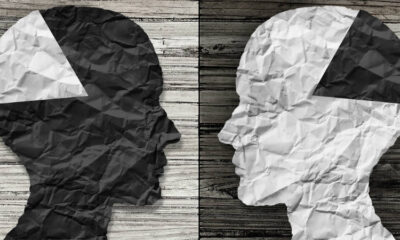