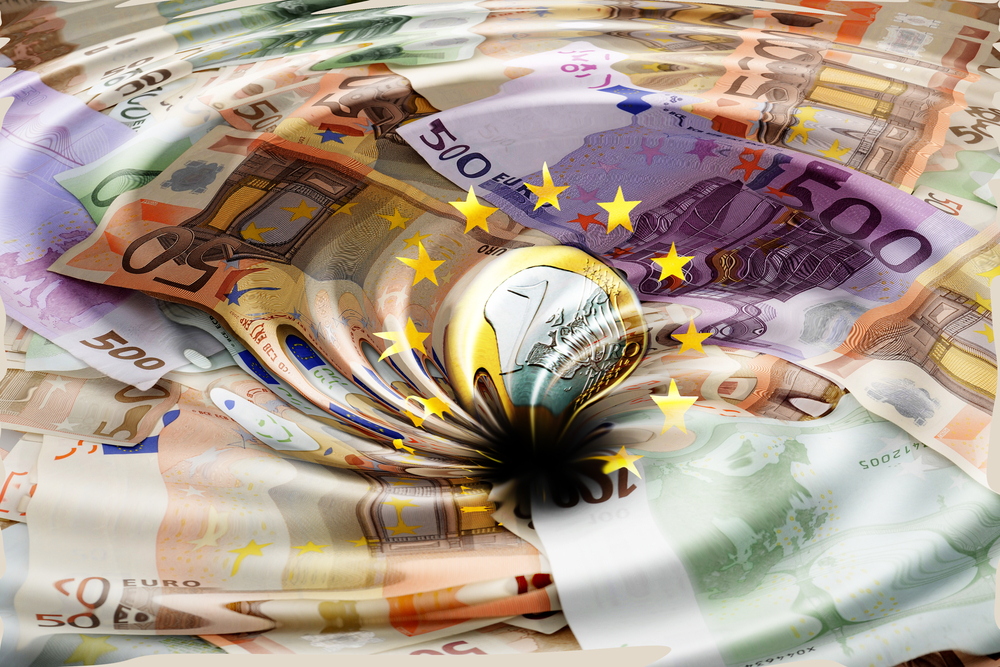 In spite of current optimism, larger structural trends point to further disintegration of the EU.

Many people see reasons for optimism in Europe this year, citing signs of an economic recovery or noting improvement by some financial measures of European Union (EU) “integration.” For such observers, there is hope that the European Parliament elections between May 22-25 will bring a new and constructive cycle of pro-EU policy.

It is understood that integration of the EU is an ongoing and unfinished project — a process that has been driven by the pro-EU political will of member states to bring peace and prosperity to the political and economic union.

The recent era of EU integration, the European Monetary Union, has its foundation in the 1992 Maastricht Treaty — an agreement between the EU leaders of the day which expressed the economic goals that aspiring member states would need to attain in order to adopt the common euro currency. The economic goals, “euro convergence criteria,” were meant to control inflation and assure fiscal discipline in the new union of diverse member states, and were expressed in terms of debt, deficit and ten-year bond yields.

Unemployment rates do not measure the loss of productive capacity of the many people who are leaving the country to seek employment outside the EU, nor the potentially “lost generation” of undereducated and unemployed youth.

From 1992 to 1999, pro-EU sentiment was high, a function of the optimism that joining the euro would bring greater prosperity to each member country, given the efficiencies of trade, free-flow of labor and political clout of being part of the first tier of Europe. There was also fear of being left out of the euro, which fueled a high degree of both nationalism and pro-EU political will to join the euro club.

At the introduction of the euro currency in 1999, there was also the expectation that a “real” convergence of underlying country economies would follow. The hope was that lower interest rates and capital flows into poorer countries would foster investment, and that true EU integration would evolve over the years, resulting in improved productivity and competitiveness for each member state economy. The entire EU region as a whole was expected to benefit politically and economically.

Investor optimism and fear of missing the investment opportunity propelled capital flows from around the world into the bond markets of all aspiring member states, the peripheral countries or high yielders. Ten-year bond yields converged to near equal levels, allowing peripheral countries to fulfill Maastricht bond yield “convergence criteria.” Investors ignored the risks associated with the economic diversity of the aspiring member states, as optimism of the coming euro-era outweighed the underlying political and economic risks of the day.

The reality of the eurozone has differed from expectations. What has evolved over the last 20 years or so is a natural divergence between the fundamentally weaker and stronger economies, particularly since the onset of the global financial crisis five years ago. Political will rather than true convergence in competitiveness between member countries has kept the EU together. But the pro-EU political will required to finish the integration process has been lacking since the onset of the global financial crisis, leaving fiscal union, true banking union and mutualized debt undone, or left to debate.

Time is not on the side of EU policymakers. The current lack of pro-EU political will has resulted in policies that seem neither to measure, nor support full EU integration. In fact, the opposite seems true: Exacerbated by EU policy prescriptions of austerity and cost-containment required by the Maastricht Treaty, member states are in the process of what this author has referred to as “disintegration” — a stagnation or even reversal of the integration process in important ways that are not measured by the Maastricht Treaty convergence criteria. The current trends in the EU are that member states are diverging economically, politically and socially in measurable and immeasurable ways.

The eurozone crisis is one of relative competitiveness within Europe. The EU is in the process of de-converging by measures based on the realities of its diverse EU members, roughly divided now between “periphery” and “core” countries. The pro-EU political will is neither evident, nor able to alter the process of disintegration.

For 2014, the current fear is not that the eurozone will break apart or lose members, but whether EU member countries have disintegrated — de-converging to a degree that even a renewal of pro-EU political will cannot mend.

If the EU is really meant to progress on the path of integration, a pro-EU political will that is capable of forging and implementing a new and coherent policy must emerge. Can the political will to finish the EU integration project emerge from the European Parliament elections, however? Most likely not.

Current polls indicate that the elections are certain to see euro-skeptic and anti-EU parties winning seats in the new parliament. These parties will find their voice and express their opinions, which will bring broader discussion to EU policymaking, beyond the austerity versus economic growth and investment debate. However, it will not necessarily be a constructive discussion in the formation of new EU policy, as voices against further integration are certain to result in dilution and fragmentation of the political will to create pro-EU policy.

As a consequence, the European Parliament elections will likely add another layer of dysfunction to political processes in the implementation of new policy initiatives. A continuation of the current, austerity-focused EU policy will continue as a strategy to minimize the costs of keeping the eurozone together for the wealthier core countries. However, it will also create continued and progressive instability for EU cohesion because the existing trends of disintegration will stay in place.

National governments will continue to negotiate for leniency on Maastricht criteria and question its assumptions, more fervently still as the scope of EU parliamentary debate broadens.Unfortunately, however, the trends indicate that the worst may not be over, but yet to come for EU integration. There is no reason to expect the core and peripheral countries to have a different relationship than they do now, with the politically strong versus the politically weak, creditors versus debtors, and apparent winners versus losers in EU integration. The European crisis is one of relative competitiveness and the trade and current account deficits reflect that. Weaker countries will continue to run account deficits and trade deficits with Germany.

The weaker countries will be forced to adjust, as they have, and as painful as it may be for them to continue to do so, they will most likely suffer painful wage deflation and increasing income inequality and have growing structural unemployment. There is no export panacea to stimulate growth, as the value of the euro subsidizes stronger countries that should have a stronger currency, while penalizing weaker countries that should have a weaker currency.

There may be signs of economic recovery in growth rates but, without job creation, there will be no real and integrated economic recovery for the EU. Weaker countries have a larger portion of unemployed that will likely not participate in the current economic recovery at all, as theirs is a problem of structural unemployment — workers who have lost their jobs in construction, for example, are unlikely to have the skills to work in the growing technology sector.

It is worthy of note that economic growth is essentially driven by productivity and demographics. But unemployment rates do not measure the loss of productive capacity of the many people who are leaving the country to seek employment outside the EU, nor the potentially “lost generation” of undereducated and unemployed youth.

These entrenched trends arenow inherent to the structure of the eurozone itself, as they are the result of an ongoing relationship between stronger and weaker member states locked together by the common currency, and exacerbated by the global financial crisis and austerity measures imposed.

EU integration is an ongoing and unfinished project, and the Maastricht Treaty does not provide a comprehensive framework to measure EU integration, nor was it meant to. As long as the natural dissimilarities between member states go unmeasured by Maastricht criteria and are not managed by EU policy, they will continue to further erode EU integration over time — economically, politically and socially.