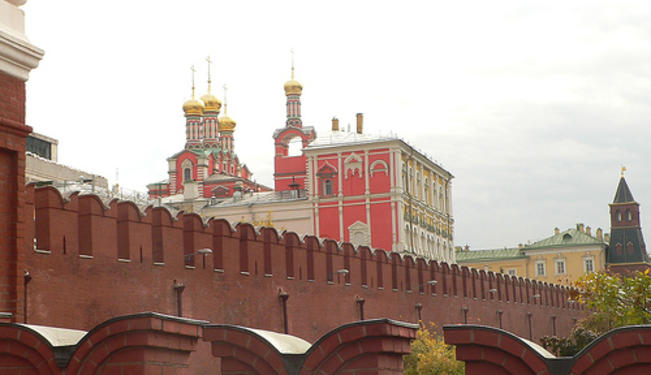 The EU Neighborhood Policy and relations with the East influenced the idea for creating a Eurasian Union.

Along with the North African states and the eastern Mediterranean region, the territory of the dissolved Soviet Union has become the EU’s new strategic neighborhood. The EU wants the western and southern states of the current Commonwealth of Independent States (CIS) to be added to extend the EU into Asia and to culturally, economically and politically connect these states with EU-Europe. That approach, however, has not yet materialized. On the contrary, recent developments have shown that the EU has lost its interest in Russia, Ukraine and Belarus. Instead of signing associative treaties with Kyiv and Minsk, Brussels has increased political pressure on both states, calling for more democracy. In the mean time, the former republics of the Soviet Union are considering the creation of a Eurasian Union. If this occurs, the EU, for its part, will have to accept that this, and similar organizations, will have a say in the continent’s security architecture.

So far the EU has addressed developments in eastern Europein a romantic but unrealistic way. The decision to place countries such as Ukraine, Georgia and Kazakhstan in the same basket with “neighborhood countries” such as Egypt, Morocco and Libya has caused a feeling of neglect among the pro-Western elites in the post-Soviet space. Additionally, cooperating with Russia and post-Soviet states on areas such as international terrorism, non-proliferation of weapons of mass destruction and discussing “soft security” issues like illegal migration and drug traffic is not enough. Instead western Europe needs to strongly incorporate eastern Europe into its political and social agendas. This could include steps such as integrating eastern European oil and gas producing countries into a common European energy alliance and creating of a Free Trade Zone for the EU, Russia and post-Soviet countries.

Most important, the post-Soviet countries need more active Western support in building true social-market economic systems and further stimulus to establish civil societies. Because of Russia’s history of using conflict as an instrument to keep its hegemony over the post-Soviet region, it will be complicated to forge cooperation with Russia in solving the ethnic-territorial conflicts in the region. Further, since the EU has been preoccupied with peace-keeping missions elsewhere, weakening its military capabilities and decreasing its political readiness to tackle conflicts in the post-Soviet space, the EU has played less of a role in military and political conflicts in the post-Soviet space. As a result, the Orange Revolution in Ukraine failed, and Moscow and Kiev successfully resolved their conflict through bilateral talks without mediation from the West.

Russia’s growing suspicion of the EU’s involvement in its strategic neighborhood, which Moscow sees as its own “near abroad”, as well as the lack of agreement among EU-member states regarding the EU approach to Russia, may make Russia confront the EU with an unpleasant dilemma. It may ask the EU to choose between fostering a pragmatic partnership with Russia (and perhaps acknowledging Russia’s right to rebuild its own hemisphere on post-Soviet space) and fully supporting the democratic post-Soviet countries against Moscow’s “neo-imperialism.” The EU will have to arrange itself with other major powers and consider strategic developments currently taking shape in the eastern neighborhood. The EU could consider aligning itself with the United States, which is conducting its own democracy agenda in the eastern neighborhood of the EU, or with China who is growing stronger in eastern Europe.

The Eurasian model: Neither imperial nor anti-West

While the was EU struggling to determine how to add the eastern European states to the Union, Russia and some post-Soviet states developed their own reintegration model outside any traditional EU schemes. The idea for a new Eurasia has emerged on the world stage. The western European elites, however, do not understand what “Eurasia” truly means. In the minds of western Europeans, there is the EU, then a Wider Europe–the territory of the former Soviet Union, and finally Central Asia–Europe’s potential resource base. Western Europeans fail to see that Eurasia is an entity of both Europe and Asia, merging together the social, political and cultural aspects of both continents.

Furthermore, the Eurasian Union is not an anti-EU or anti-NATO project. Russia and Kazakhstan will attempt to convince the West that a new “union” will entail the existing structures of the Eurasian Economic Union and Organization of the Collective Security Treaty, which are not oriented against the West. Because the Eurasian Union is supposed to become a supplement to western Europe, Eurasia and the EU should come together with the goal of strengthening the common European continent. In the months to come, cooperation between the West and the East must proceed on a very concrete term: joint missile defense. It is important that the EU and Eurasia, along with the United States, establish joint missile defense infrastructure since the Eurasian countries will have an important role in the peacekeeping and stabilization process in Afghanistan once NATO completes its mission there.

While there is a general certainty in the West that neither Russia nor Kazakhstan posses an attractive political model for neighboring states to want to join their Union, both countries have other ways to attract other post-Soviet states: Both Russia and Kazakhstan can assist in meeting their neighbors’ energy demands, an aspect which should not be underestimated. Moscow and Astana can provide oil and gas, construct pipelines and organize gas cartels.

The West is reluctant to accept Eurasia as part of the Euro-Atlantic security architecture because from the EU’s and US’s point of view, Russia has become less important. The West insists on building the European architecture on the traditional pillars of NATO and EU. Russia is seen as a European neighbor, not a co-inhabitant of EU-Europe. Although the Eurasian Union will never be strong enough to become a big player vis-à-vis Europe, the US and China, the West will soon be in desperate need of the East. Russia and Kazakhstan are becoming the EU’s major partners in terms of exploration of natural resources and industrial collaboration. For example, the raw material agreement, signed by Germany, Mongolia (2011), Kazakhstan (2012) and soon Russia, is a special deal in the area of natural resource partnering in the full spirit of German Ostpolitik and is evidence of the important political role Russia and other post-Soviet states are playing.

Currently, the EU is already facing the issue of having to accept other organizations on its territory. The Shanghai Organization for Cooperation (SOC) is another new geopolitical entity, which, parallel to the Eurasian Union, is developing into a new major power centre of the 21st century. The SOC is dominated by two powers–Russia and China, but also consists of countries such as India, Pakistan, the Central Asian states, and Iran. While the EU is reluctant to approach the SOC in a strategic manner as long as this organization could become a counterweight to NATO, the political realities will soon force the EU to reconsider its stance. For this reason, the EU is advised to seek an observer status in the SOC and to begin considering its acceptance of and cooperation with organizations such as the Eurasia Union.