Why these European elections were different: three key insights from Germany.

After years of disinterest and declining turnouts, last week’s European elections were full of suspense and surprises. In Germany, the elections were an unprecedented triumph for the Greens. More than 20% voted for the party that didn’t even exist when the first EU elections took place in 1979. Yet besides this spectacular success story, the so-called Green wave also reflects three levels of polarization: between old and young, east and west, as well as urban and rural areas — a development that increasingly undermines the German tradition of consensus-oriented politics.

The Green success in Germany hardly comes as a surprise. While in the past years the rise of the far-right Alternative for Germany (AfD) dominated German politics, more recently the Greens’ consistently strong performance in the polls pointed to a trend almost diametrically opposed to the AfD’s nativism. The Fridays for Future demonstrations for a more determined political action against climate change were particularly strong in Germany. They indicate that a new generation is entering German politics. In opposition to the AfD, this generation is pro-European and anti-nationalist. But, like the AfD, it is a trend against politics as usual.

None of the so-called Volksparteien (people’s parties) — the Social Democratic Party (SPD) and the conservative Christian Democratic Union (CDU), for decades the dominant political parties in Germany — have been able to react to, let alone benefit from, this trend. Even the far-left Die Linke, usually a strong performer among younger voters, has struggled to find ways to draw on the new politicization. So far, the almost sole beneficiary of this development have been the Greens.

A remarkable episode a few days before the elections brought to the fore how powerful this new generation has become. A YouTuber known as Rezo published a clip titled “The Destruction of the CDU.” In the 55-minute-long video, Rezo attacked mainly the CDU, but also the SPD, for their incapacity to tackle climate change, social injustices and German involvement in US military actions. There are probably thousands of online videos that make similar points. However, with his comprehensive and well communicated approach, underpinned by numerous sources, Rezo hit a nerve.

Most political observers had never heard of Rezo before. The more striking was the political impact he had on the German political debate. In only a few days the video reached more than 5 million clicks. The traditional parties were obviously overwhelmed by this response. After trying to ignore the clip, the CDU struggled for days to find an answer before it clumsily invited the influencer to the party headquarters for a discussion.

But too late: Rezo had already united with some other 80 influencers to call on their followers not vote for SPD, CDU or the AfD — a call that many young voters apparently transformed into a vote for the Greens. As some of the most striking data from Germany shows, the Green Party has been tremendously successful among young voters: 36% of first-time voters supported the Greens, and 34% of those under 25. In both cases this is more than SPD, CDU, AfD and Die Linke combined.

The case of Rezo does not only show the increasing gap between the traditional parties and young voters. It also embodies the politicization of a new generation and the emergence of online influencers as powerful actors in German politics. Yet it is also true that this part of the political spectrum appears increasingly as a parallel world to a more conservative and far-right milieu that has formed around the AfD — a milieu whose heartland lies in Germany’s east.

While the AfD performed below expectations at the national level and struggled to reach 10% in western Germany, it emerged as either first or second in all east German states. In Saxony, it reached a stunning 25.4%, pointing to a possible AfD victory in the state’s elections this September. The first reactions to the outcome of the elections among AfD supporters were the same disbelief at the Green surge as that of Green supporters looking at the AfD’s performance in the east.

Yet it would be wrong to see in the Greens’ rise only as a polarization between the conservative old and the progressive young, a nativist east and a world-open west. In fact, all over Germany, the Greens performed particularly well in the big cities. In 10 out of the 15 German cities above a population of 500,000, the Greens came out first. Even in AfD-dominated Saxony the party reached strong results in the urban centers, becoming the strongest party in Leipzig. Maps visualizing these results make German major cities appear as green islands in a sea of black (representing the CDU in the west) and blue (representing the AfD in the east).

The dazzling increase of the turnout from a mere 43% to 61.4% only underlines the significance of these polarizing trends. Yet in their first reactions to the election results, many observers were concerned with the demise of the traditional center-right and left parties in Germany and beyond. But it would be a mistake to see the different levels of polarization as a challenge for SPD and CDU only.

Rather, the Greens should be careful not get carried away by their success story. If they want it to be a sustainable rise, the core challenge for the party will be not to deepen polarization but to develop answers that speak to an older and more rural population, specifically, but not only, in the east. Given similar polarizing trends all over Europe, the Greens’ success in tackling this challenge will be significant not only for the future of Germany, but of Europe as a whole. 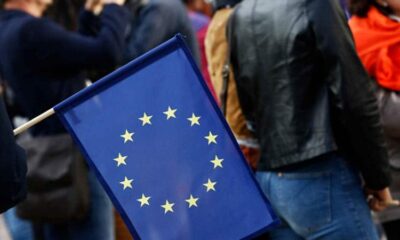 Populists in the European Elections 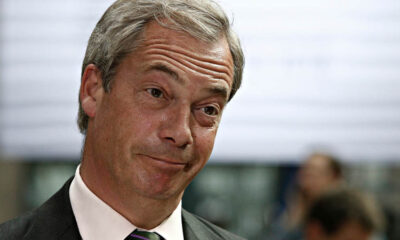 Political Fragmentation May Be the Prelude to Rebuilding Europe 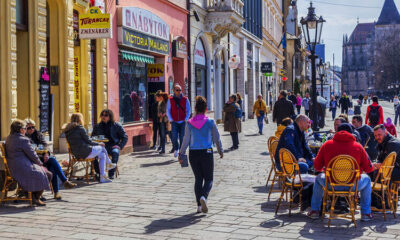 How Will Slovakia Vote in the European Elections?