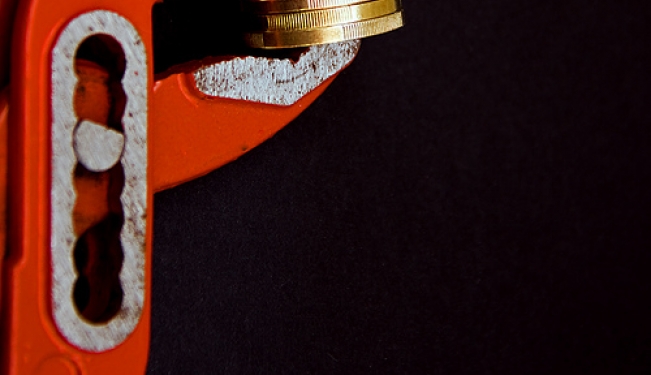 Not more Europe, but 'more Euro', is the answer.

The euro was supposed to buttress peace, prosperity, jobs and stability not just in the Old Continent, but across the world. Rarely, if ever, can a monetary project developed to produce so many positive outcomes have become so quickly subverted into a hideous contradiction of the original plan. The answer is not ‘more Europe’ – as German Chancellor Angela Merkel, with a touch of mysticism, keeps saying – but, instead, ‘more Euro’. As the French used to say about divided Germany: ‘I love Germany so much that there should be two of them.’

Indeed: Let’s not have too much negativism about the single currency. The euro and its woes have become a useful scapegoat for manifold ills within and outside Europe, in some ways welcome to world leaders seeking to divert attention from their own economic problems. It has been conveniently blamed by many – including US President Barack Obama, British Prime Minister David Cameron and Soviet leader Vladimir Putin – for fresh uncertainties overhanging the world economy.

It would seem wise to consider the possibility that in a short space of time the euro in its present form may no longer exist. History instructs us that, when politicians and officials state that a certain outcome is impossible or absurd, that is exactly the result that will actually happen.

A core group of European countries with convergent economies may indeed remain in the ‘creditor euro’, linked by indissoluble bonds of monetary and fiscal orthodoxy. This group would include Germany and the Netherlands as well as other members of the ‘creditors’ club’ of northern European countries which have run current account surpluses for most of the past decade and could easily withstand a higher value of their currency than at present.

We should not forget that the world’s greatest macroeconomic imbalances are not between the US and China, as many believe, but within the not-so-United States of Europe. This is just one result of the currency and competitive distortions caused by EMU.

These destabilising European current account imbalances are powerful forces. The euro creditors formed around Germany would need to accept a trade-weighted appreciation of around 20. In the export sector, this might trigger protests, but consumers and importers would profit greatly through a marked improvement in the terms of trade.

The solution of splitting up the euro into weaker and stronger constituents has always been rejected in the past as unworkable and unworldly. Certainly it would be painful, unpleasant and disruptive. However, as a result of grotesque turmoil in the international bond markets, it may be less complex and difficult than all the other options.

The single currency has been a sadly inadequate device to bridge economic and structural divergence in the euro area. A combination of a substantial currency under-valuation in creditor nations in the north and a deleterious over-valuation for the troubled southern debtor states means the euro's valuation is not right for anyone.

In the first category we see large surpluses in international trade and an inflation rate turning up because of relatively expensive imports: a trend making for progressive unhappiness among Germans.

In the second group the opposite is happening: current account deficits are persisting in spite of sustained deflationary policies needed to curb years of excess.

According to the International Monetary Fund, in 2010, no fewer than seven European countries registered similar or higher current account surpluses (measured by GDP) compared with China, Japan and Russia. They include three members of EMU – Germany, the Netherlands and Luxembourg. In the group we also find Denmark and Sweden, outside the euro bloc but with currencies that have been relatively strong but are still undervalued, as well as the two ‘special cases’ Norway and Switzerland. All with a current account surplus of over 5% of GDP, compared with 3.6% for Japan, 4.8% for Russia, 5.2% for China.

It is highly unlikely that this untenable situation can be defended by unlimited expansion of the European Central Bank's balance sheet. Without a tough European political consensus and the associated guarantees of creditor country taxpayers, the ECB cannot be expected to carry out more than smoothing operations on the bond markets for the weaker countries

The bitter message for Europe is that the euro has failed to overcome its sternest test. Creative, politically ambitious action will now be needed, complicated though it might be, on working towards a two-part euro. Two for the price of one. Not such a bad outcome for the euro experiment.

*[This article was originally published on the OMFIF blog on November 21, 2011]