Donald Trump could prove to be the most significant disturbance to the fight against terrorism.

Despite the shock, regret and the thinly veiled hope from the Democrats that the result of the US presidential election may still somehow be overturned, Donald J. Trump is about to become the 45th president of the United States and its commander-in-chief.

Much has been made over the past year about Trump’s bombastic approach during the campaign, offhand remarks, insults, divisive language toward minorities, lack of diplomacy skills and his seeming benevolence toward one Vladimir Putin.

There are two significant and possibly destabilizing positions the new administration could take that would shake European security for decades. Both positions factor around the relationship Trump ultimately decides to take with the Kremlin early next year.

There are few within NATO who welcomed a Trump win and many now fear Europe may yet be sunk into a new cold war—one that may well see conflict on the borders of Europe as Russia’s aggressive stance potentially boils over.

The build-up of troops and arsenal along the Eastern European border is not to be disregarded as mere sabre-rattling by the Kremlin. Russia now has an estimated 55,000 troops to the east of Ukraine—brigades that cover the entire length of the porous border.

In addition, troops have been moved east of Poland as well as nuclear capable missile systems into the port of Kaliningrad, which sits in Russia’s territorial exclave north of Poland, south of Lithuania. Russian warships are already in the Mediterranean, as too are warships with cruise missiles now based in the Baltic Sea between Sweden and Denmark. A close eye is also being cast over the estimated 330,000 Russian troops currently based west of Moscow—the “western flank.” Any movement west will spark alarm at NATO HQ.

NATO has of course reacted: There are some 40,000 troops as part of the rapid-reaction force ready to deploy and brigades have been sent to Poland and Estonia to reinforce existing troop numbers. There has also been a build-up of fast air and reconnaissance planes with additional capability sent from the UK and US.

All of this has brought about tensions, and relations between the EU, US and the Kremlin are at their lowest for many years. Trump, however, has been given copious opportunities to condemn the previous annexation of Crimea and the ongoing support for the rebels in Eastern Ukraine, but has failed, repeatedly, to take a stance that would encourage both NATO commanders and the citizens of the Baltic states.

To put it bluntly, Russia could walk into Eastern Ukraine tonight and annex the territory with relative speed and ease, with the implausible reality of military reaction from NATO. Russian aggression has built up despite a White House administration that has condemned Putin over almost all foreign policy decisions in recent years. If Trump is to show a lack of interest in NATO as he has already alluded to and remains ambivalent toward Putin, the reality of further territorial gains by the Kremlin is not a thing of myth or fantasy, but a reality that will test NATO strength, guile and resolve for the foreseeable future.

While Europe and NATO sit in a state of purgatory until Trump takes office and makes his choice over the direction he wishes to take with Russia instability will continue, and the incoming president’s decisions over conflicts in the Middle East may also affect European security on an altogether different footing.

Europe appears to be slowly but surely coming to terms with the threat from Islamic extremism. Finance has been systematically poured into building up manpower within intelligence agencies while extending Europe’s critical infrastructure and border security. Underlying these initiatives are the efforts being made to increase education in communities and schools, preventing radicalization at its roots.

Politics across the continent may well have set course for the next decade, and post Brexit all eyes have moved to the next set of elections: Austria, where the far-right candidate Norbert Hofer secured 46.4% of the vote; Italy, where there was a crushing defeat for Matteo Renzi, who is now set to step aside; and in France early next year, which could send shockwaves through Europe if Marine Le Pen’s National Front party are victorious.

However, much of the work done on counter-radicalization must now be welcomed, from securitization to education in the community. European countries affected by terrorist acts have acted quickly to scrutinize outdated or frankly inept policy. While right-wing populism may spread in the coming year, there are clear indications of wide-ranging counter-radicalization programs that encompass both hard and soft elements, from raids to education in primary schools, and hopefully will be built upon.

Bomb the Hell Out of Them

But as Europe begins to lead the way on counter-radicalization, with countries such as the UK having an established and extensive strategy that has fundamentally sought to include the community and those most at risk from radicalization, it is President-elect Trump, however, who could prove to be the most significant disturbance to counterterrorism efforts globally.

Trump has not been shy in delivering his solution to the problem of the so-called Islamic State (IS)—“bomb the hell out of them”—amongst his most notable strategy on the campaign trail. The danger is that while IS seems to be dying in Europe as its cells are hunted and policy develops, a genuine policy—as his own website states, to “Pursue an aggressive and coalition military operations to crush and destroy ISIS”—could prove counterproductive and harmful to the West in general, with significant ramifications to those states with large Muslim, poor and disenfranchised communities such as Belgium and France.

Any aggressive strategy taken by the US at this stage in the fight against IS beyond air support, training and special-forces operatives already on the ground could potentially see a new wave of jihadists, many from the West, once again become disfranchised and answer the inevitable call to fight the imperialists, in the Middle East or indeed locally.

Throughout the Obama administration there was a deliberate and obvious policy of retracting from international intervention with withdrawal from Afghanistan and Iraq. Likewise, however, the current administration has failed to take control of the staggeringly weak and insignificant counter-radicalization strategy that has seen a steady stream of attacks take place over the last 15 months.

It is becoming acutely clear to many states in the West that counterterrorism at home is effective through both clear and proficient preventative policy, but also foreign diplomacy and calculated intervention. The danger now is that Trump may pursue his aggressive foreign policy toward IS in conjunction with a divisive domestic strategy, in part due to the attacks that have crept into the country from home-grown terrorists.

The knock-on effect of an aggressive policy against IS, both foreign and domestic, at a time when the group is losing territory and its numbers are deteriorating could cause mayhem for European security agencies. They have fought hard to get on top of the situation and identify both those who are already involved with extreme Islam and those whom are most vulnerable and sympathetic to the cause.

If Trump is genuinely prepared to increase ground operations against IS, then the backlash in Europe could be significant and counter-radicalization strategies tested. Much of the underlying cause of American aggression against IS may be due to the seemingly lack of understanding of countering terrorism at home and the misapprehension that the policies are intrinsically connected.

As with many departments in European governments, security agencies will also be quietly but undoubtedly watching and waiting for Trump to disclose and show his hand on IS while the Kremlin remains poised and dangerously unpredictable. 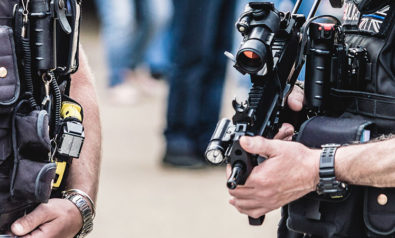 The Prevent Duty and the UK’s Counterterrorism Strategy

Women Can Play a Critical Role in Combating Terrorism 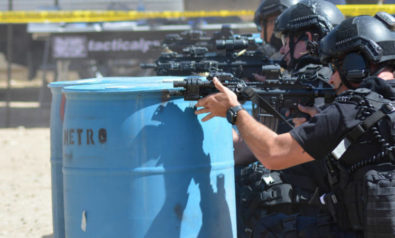