The Victorian idea of Christmas pre-dates Dickens. What the writer did was bring an essentially rural celebration into an urban setting.

At this time of year, readers worldwide turn to Charles Dickens and A Christmas Carol in particular. Such is Dickens’ association with the season that a new film has even credited him with being The Man Who Invented Christmas with his famous tale. So did he? And what did Dickens really tell us in the pages of A Christmas Carol?

One pervasive interpretation is that A Christmas Carol brings a strong message of anti-capitalism. As one person commented on Twitter shortly after the film’s release: “A Christmas Carol is good because it recognizes that rich people suck and will only change their ways if they are made to feel absolute terror.”

The reading of the text as thoroughly anti-capitalist carries popular appeal, but misses the nuances of Dickens’ argument. Appearing in December 1843 (five years before Karl Marx and Friedrich Engels’ The Communist Manifesto, Dickens’ social criticism moves in another direction. His answers to economic inequality are not revolutionary — they are based on the notion of sympathy. Social ills in the novel are apparently cured not by a retreat from commercialism, but a headlong plunge further into it. This is most clear in Ebenezer Scrooge’s purchase of the prize commodity of the turkey. For Dickens, Scrooge’s failing is not that he is rich, but that he does not spend enough of his money. Here, economic circulation is crucial.

In A Christmas Carol, class divisions and the workings of capitalism remain untouched. The message instead is that those with money should treat those without money with sympathy and a sense of responsibility.

Such paternalist politics run the risk of presenting Dickens as “conservative,” but he would have strenuously resisted such a label. And whether his model of trickle-down sympathy actually works or reinforces capitalism as a given is open to question. But it is curious that A Christmas Carol is often invoked as a radical critique.

So where does this come from?

As literary scholar Paul Davis argues in The Lives and Times of Ebeneezer Scrooge, interpretations of the text move through distinct historical stages.

The Victorians read it as a retelling of the Biblical Christmas story, focusing on Scrooge’s pilgrimage. The Edwardians recast A Christmas Carol as a children’s story. It was only in the 1930s, following the Wall Street Crash, that Dickens’ text was adopted as a critique of the dangers of capitalism, a historically situated interpretation that survives today.

Davis extends his analysis of the afterlives of the text to the 1950s and 1960s, with adaptations centered on Scrooge himself, and his redemption as a kind of therapy. Moving into the 1980s, film versions presented more of a conflict between self-interest and altruism.

How, then, might we reinvent Dickens’ message in 2017, in the age of Donald Trump and neo-liberalism?

We could start by adding a 21st-century element, “media Scrooge,” in which not only the message but the medium come under scrutiny. We can see hints of an early version of this in the 1988 film Scrooged, which featured Bill Murray as a cynical television executive.

So it would not be surprising to see future adaptations that focus on A Christmas Carol’s implicit questioning of the reliability of perception and, by extension, the media. When the ghost of Christmas Past tells Scrooge, “These are but the shadows of things that have been … They have no consciousness of us,” he preempts the literal shadows of cinema and television.

Likewise, in the novel, Scrooge’s first response to Jacob Marley’s ghost is to dismiss him as a food-induced hallucination. “There’s more of gravy than of grave about you!” he exclaims. His initial reaction is the now familiar Trumpian cry of “fake news.”

The novella continually raises the question of what can be believed. Scrooge asks, “Was it a dream or not?” The incidental detail of Scrooge having a head cold prepares readers for the possibility of hallucination.

These questions move from the topic of perception to media when the novel asks what kinds of figurative language can be trusted. When the narrator says that the turkey-buying boy is “off like a shot,” he then notes that, “He must have had a steady hand at a trigger who could have got off a shot half as fast,” as if reconsidering the accuracy of the image.

Given the novel’s interest in the reliability of spectacular shadows, it is ironic that it has itself become implicated in its own historical version of fake news. As in the title of director Bharat Nalluri’s 2017 film, Dickens is often invoked as inventing modern Christmas.

God bless us, everyone

But while Dickens did not invent the modern Christmas all by himself, A Christmas Carol was crucial in consolidating the idea of the urban celebration. Before the industrial revolution, Christmas had been associated with the rural and the feudal, as it was in Dickens’ first novel, The Pickwick Papers.

By 1843, and the near-completion of the Industrial Revolution, there was concern over whether the countryside Christmas could survive the shift to the city. Dickens’ text, with its evocation of urban houses and celebrations, confirmed that it could. 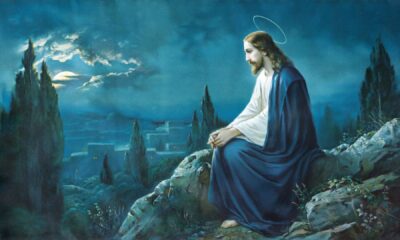 Two Remarkable Things About Jesus (From a Jew) 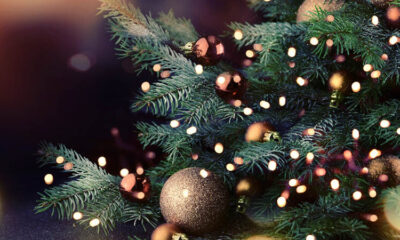 Christmas Is a Time for Acts of Generosity