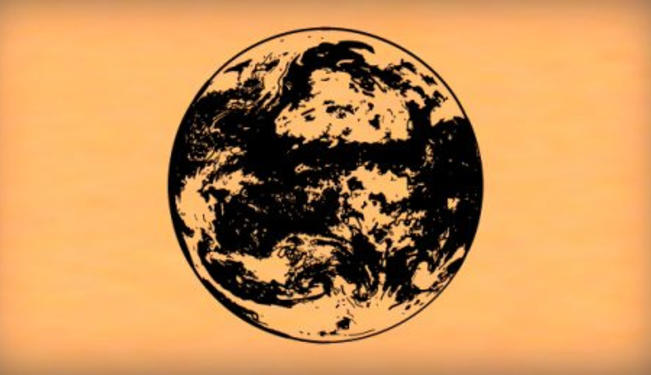 About foreign policy in the tension between human rights protection and resource security.

Angela Merkel and Nursultan Nazarbayev have very little in common. The German Chancellor, apart from being media shy, believes strongly in human rights. The president of Kazakhstan indulges in a cult of personality. His portrait is plastered all over the capital, Almaty. Pro-democracy activists repeatedly criticize his violations of basic civil rights. Both leaders, however, do have one thing in common: they need each other. Mrs. Merkel needs Kazakhstan for its precious rare earth and raw materials that are so essential for Germany industry if it is to remain competitive and maintain its status as one of the world’s leading exporters. German industry, fearing an ever-growing rivalry by China in this part of Central Asia, has long urged Mrs. Merkel to work more closely with Kazakhstan. Kazakhstan needs Germany too. Doing business with Germany means status and access to some of the world’s best engineering, railway and chemical industry technology. So last week’s signing in Berlin of Euro 3 billion worth of contracts between Germany and Kazakhstan was a win-win for both sides: German industry obtained access to rare earth and raw materials. Kazakhstan got access to German know-how. But human rights activists say there is a price to pay. How, they ask, can any German or European leader do business with an authoritarian regime, knowing that human rights are violated, pro-democracy activists imprisoned and genuine political parties banned?

Ever since taking office in 2005, Mrs. Merkel has spoken out repeatedly for human rights in Russia, China, Kazakhstan and elsewhere. But to little avail. Human rights violations in these and other countries continue. Indeed, Human Rights Watch said the situation in Kazakhstan has deteriorated during the time that Mrs. Merkel made two visits to Kazakhstan and now upgraded the trade contracts. Only last December, Kazakhstan’s riot police killed 17 oil industry workers during a strike. Human rights activists have demanded an investigation. Mrs. Merkel said she raised the issue with Mr. Nazarbayev during his visit to Berlin last week. Mr. Nazarbayev rejected any criticism of his human rights record.

German and European industry has few qualms about dealing with authoritarian regimes. Yet the absence of human rights and the pervasiveness of corruption makes it more, not less, difficult to do business in these countries. The European Bank for Reconstruction and Development says Western investors have to contend with regimes where the rule of law is weak or non-existent, property rights opaque and transparency unknown. Despite all these drawbacks, European companies go where the business is. And they often try and persuade their own governments not to speak out about human rights, fearing they might lose out on lucrative contracts. Politicians frequently oblige. Anything else could affect jobs back home.

When Mrs. Merkel decided in 2007 to meet the Dalai Lama, the exiled spiritual leader of Tibet in the Chancellerv, the Chinese authorities were furious. Beijing threatened to terminate contracts or deny German companies the chances of winning new contracts. German industry too was furious with Mrs. Merkel. But in the end, not a single contract was lost or torn up. A few bi-lateral meetings, which in any case were inconvenient to the Chinese, were cancelled. That was all. And Mrs. Merkel did win laurels from some western governments and from activists for her stance. But somehow, the E.U.’s reputation for defending human rights is being increasingly undermined by the rise of China. With the Euro crisis, Europe is becoming increasingly dependent on Chinese money. This alone would tend to silence some of the more outspoken critics. But China is also investing enormous sums of money in the infrastructure in several countries across Africa in order to gain access to commodities. Valuable help is given without a word being mentioned about human rights. This suits the leaders of these countries. Only last week, China inaugurated the African Union’s new headquarters in Addis Ababa, which was paid for by Beijing. There was no conditionality — such as transparency and good governance that Europeans lay down in return for aid — just the expectation that China will have improved access to trade and raw materials in the region. This is bad news for Europe. According to a report by the European Council on Foreign Relations (ECFR) think tank, “global shifts have undermined the effectiveness of most of the methods that the E.U. uses to try to bring about change in other countries.” It argues that hopes of strengthening international norms and condemning countries that violate human rights through the United Nations have been met by increasing opposition, for example, from China. “China is now much more successful than Europe in winning support for its position on human rights resolution,” says ECFR. Europe cannot afford to allow China usurp Europe’s values. It has to find a way to pursue its economic interests without selling out on human rights. It is clear that will not be easy. But Europe does have some tools.

When European leaders choose to do business with authoritarian regimes, they must continue to speak out against human rights violations and do their best to support civil society movements. In the case of Kazakhstan, this means investing much more energy in supporting non governmental organizations, scholarships and training programs for young people and establishing a network of foundations promoting democracy and the rule of law. Such initiatives are unpalatable to Mr. Nazarbayev and the elites around him — but not to the miners who want trade union rights or the activists who want basic freedom. Regardless of China’s growing influence in Central Asia and Africa, the Europeans must defend what they believe in. Europe did little of that before the Arab Spring much to its regret today. Human rights activists say Europe cannot afford to make the same mistake in Central Asia. Nor, indeed, can these regimes ignore that one day a Spring will reach them.

*[This article was originally published by Munich Security Conference on February 13, 2012].
The views expressed in this article are the author's own and do not necessarily reflect Fair Observer’s editorial policy.