Voters can’t tell the difference between the center left and the center right, and they don’t want either.

More than a quarter of a century ago, much of the European center left made a course change, edging away from its working-class base, accommodating itself to the globalization of capital and handing over the post-World War II social contract to private industry. Whether it was Tony Blair’s New Labour in Britain or Gerhard Schroder’s Agenda 2010 in Germany, social democracy came to terms with its traditional foe, capitalism.

Today, that compact is shattered. The once powerful center left is a shadow of its former self, and the European Union — the largest trading bloc on the planet — is in profound trouble. In election after election over the past year, Europe’s social democratic parties have gone down to defeat, although center-right parties also lost voters.

Last year’s election in the Netherlands saw the Labor Party decimated, though its conservative coalition partner also took a hit. In France, neither the Socialist Party nor the traditional conservative Les Républicains even made the runoffs in the country’s presidential vote. September’s elections in Germany saw the Social Democrats take a pounding, along with their conservative alliance partners, the Christian Democratic Union and Christian Social Union. Most recently, Italy’s center-left Democratic Party was decisively voted out of power.

It would be easy to see this as a shift to the right. The neo-Nazi Alternative for Germany party won 92 seats in the Bundestag. The Dutch anti-Muslim Party for Freedom picked up five seats. The extreme rightist National Front made the runoffs in France. The racist, anti-immigrant Northern League took 17.5% of the Italian vote and is in the running to form a government there.

But the fall of the center left has more to do with its 1990s course change than with any rightward shift by the continent. As the center left accommodated itself to capital, it eroded its trade union base. In the case of New Labour, Blair explicitly distanced the party from the unions that had been its backbone since it was founded in 1906.

In Germany, the Social Democrats began rolling back the safety net, cutting taxes for corporations and the wealthy and undermining labor codes that had guaranteed workers steady jobs at decent wages. The European Union — originally touted as a way to end the years of conflict that had embroiled the continent in two world wars — became a vehicle for enforcing economic discipline on its members. Rigid fiscal rules favored countries like Germany, Britain, Austria and the Netherlands, while straitjacketing countries like Greece, Italy, Spain, Portugal and Ireland, particularly in times of economic crisis.

Center-left parties all over Europe bailed out banks and financial speculators, while inflicting ruinous austerity measures on their own populations to pay for it. It became difficult for most people to distinguish between the policies of the center right and the center left. Both backed austerity as a strategy for the debt crisis. Both weakened trade unions through “reforms” that gave employers greater power. Short-term contracts — so-called “mini jobs” — with lower wages and benefits replaced long-term job security, a strategy that fell especially hard on young people.

The recent Italian elections are a case in point. While the center-left Democratic Party bailed out several regional banks, its labor minister recommended that young Italians emigrate to find jobs. It was the idiosyncratic Five Star Movement that called for a guaranteed income for poor Italians and sharply criticized the economics of austerity.

In contrast, the Democratic Party called for “fiscal responsibility” and support for the EU, hardly a program that addressed inequality, economic malaise and youth unemployment. Euroskeptic parties took 55% of the vote, while the Democrats tumbled from 41% four years ago to 19%.

In the German elections, the Social Democrats did raise the issue of economic justice, but since the party had been part of the governing coalition under Angela Merkel’s center-right party, voters plainly did not believe it. Party leader Martin Schulz called for a “united states of Europe,” not exactly a barnburner phrase when the EU is increasingly unpopular.

Breaking a pre-election promise to go into opposition, the Social Democrats have rejoined Merkel’s “grand coalition.” While the party landed some important cabinet posts, history suggests it will pay for that decision. It also allows the neo-Nazi Alternative for Germany to be the official opposition in the Bundestag, handing it a bully pulpit.

A Void on Immigration

The unwillingness of Europe’s social democrats to break from the policies of accommodation has opened an economic flank for the right to attack, and the center left’s unwillingness to come to grips with immigration makes them vulnerable to racist and xenophobic rhetoric. Both the Italian and German center left avoided the issue during their elections, ceding the issue to the right.

Europe does have an immigration problem of a kind. But it’s not the right’s specter of “job-stealing, Muslim rapists” overrunning the continent. In fact, Europe needs more immigrants. EU members — most of all Italy — have shrinking and increasingly aging populations. If the continent doesn’t turn those demographics around — and rein in “mini jobs” that discourage young workers from having children — it is in serious long-term trouble. There simply will not be enough workers to support the current level of pensions and health care.

In any case, many of the “immigrants” at issue are EU members — Poles, Bulgarians, Greeks, Spaniards, Portuguese and Romanians — looking for work in England and Germany because their own austerity-burdened economies can’t offer them a decent living. The center left didn’t buy into the right’s racism, but neither did it make the point that immigrants are in the long-term interests of Europe. Nor did it do much to challenge the foreign policy of the EU and NATO that actively aids or abets wars in Afghanistan, Yemen, Somalia and Syria — wars that fuel millions of those immigrants.

One of the most telling critiques that Five Star aimed at the Democratic Party was that the Democrats supported the overthrow of the Libyan government and the consequent collapse of Libya as a functioning nation. Most the immigrants headed for Italy come from, or through, Libya. This was true, as far as it went.

Where center-left parties embraced unabashedly progressive policies, on the other hand, voters supported them. In Portugal, two leftist parties formed a coalition with the Social Democrats to get the economy back on track, lower the jobless rate and roll back many of the austerity measures enforced on the country by the EU. In recent local elections, voters gave them a ringing endorsement.

Jeremy Corbyn took the British Labour Party to the left with a program to renationalize railroads, water, energy and the postal service, and Labour is now running neck and neck with the Conservatives. Polls also indicate that voters like Labour’s program of green energy, improving health care and funding education and public works. The examples of Portugal and Britain argue that voters are not turning away from leftist policies but from the direction that the center left has taken over the past quarter century.

The formulas of the right — xenophobia and nationalism — will do little to alleviate the growing economic inequality in Europe, nor will they address some very real existential problems like climate change. The real threat to the Dutch doesn’t comes from Muslims but from the melting of the Greenland ice cap and the West Antarctic ice sheet, which, sometime in the next few decades, will send the North Sea over the Netherland’s dikes.

When Europe emerged from the last world war, the left played an essential role in establishing a social contract that guaranteed decent housing, health care and employment for the continent’s people. There was still inequality, exploitation, and greed — it is, after all, capitalism — but there was also a compact that did its best to keep the playing field level. (In the words of Mette Frederiksen, a leading Danish social democrat, the mission of social democracy is “to save capitalism from itself.”)

Margaret Thatcher’s government in Britain and the Reagan administration in Washington broke that compact. Taxes were shifted from corporations and the wealthy to the working class and poor. Public services were privatized, education defunded and the safety net shredded. If the center left is to make a comeback, it will have to rediscover its roots and lure voters away from xenophobia and narrow nationalism with a program that improves peoples’ lives and begins the difficult task of facing up to what capitalism has wrought on the planet. 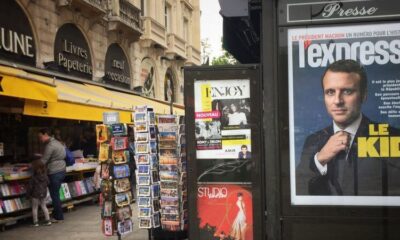 A Fifth Act for the Fifth Republic 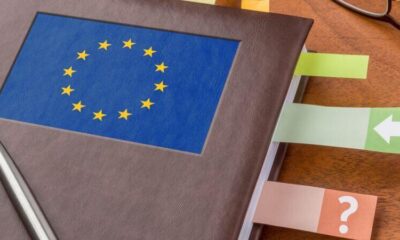 These Are the Elections That Will Decide Europe’s Fate