The significance of the CAS ruling in the Caster Semenya case will be felt across the world of sport for years to come.

“For me, she is not a woman. … It is useless to compete with this, and it is not fair,” Italian athlete Elisa Cusma Piccione told reporters, pointing toward the winner of the women’s 800-meter race at the World Athletics Championships in 2009. She was referring to Caster Semenya, a formidable looking South African athlete, 5 foot 10 inches tall, broad-shouldered and muscular. In the early 20th century, they would have called Semenya “mannish” — having the bearing and characteristics of a man.

Officials reacted by demanding that Semenya undergo unspecified sex testing. After reportedly determining she was “intersex” — possessing both male and female characteristics — the International Association of Athletics Federations (IAAF) declared her ineligible. Semenya was excluded from competition for the rest of 2009 and 2010, then reinstated without explanation. In 2011, the IAAF instituted new standards, establishing a testosterone limit below the normal male range of 7 to 30 nanomoles per liter of blood (nanomoles are chemical units of measurement). Testosterone is the androgen responsible for strength and muscular development.

Since then, Semenya has been object of scrutiny. Her body has been pored over, but, more intrusively, her levels of testosterone have been tested and questioned. There were reports that Semenya had been allowed to compete, but only on the condition that she took approved drugs. Her form suffered, and she took only silver at the 2012 Olympics in London. Semenya was upgraded to gold in 2017 when the winner, Mariya Savinova, of Russia, was stripped of the title after a doping violation.

No one suspects that Semenya has taken dope — though many athletes from many sports have taken synthetic forms of testosterone, of course — but the presumed fact remains: Semenya’s natural secretions of testosterone are above the normal parameters for women, a condition known as hyperandrogenism. This has led many, especially her track rivals, to claim she has an unfair advantage. Semenya’s reply was simple and to the point: “I am a woman and I am fast.”

By Men, For Men

Olympic sport was created by men, for men. Its founder, Pierre de Coubertin, announced in 1894 that the Olympic spectacle was an “exultation of male athleticism … with female applause as a reward.” There was no place for female competitors in de Coubertin’s vision: “No matter how toughened a sportswoman may be, her organism is not cut out to sustain shocks.”

The modern Olympics started in 1896, but didn’t allow women to compete properly until 1928 and, even then, only in a limited number of their own events. And so started a separation of males and females that has remained in place ever since. Not that a strict division based on the then-novel sexual binary was without problems. Hormones were not discovered until 1902, and up to that point there was no scientific way of explaining scientifically why women were different to men.

Over the years, doubts have been raised about several women who appeared to have mannish qualities. They included Stella Walsh, of Poland, who was shot dead (the suspects were never identified) and later revealed to have ambiguous genitalia. Many athletes faced humiliating visual examinations, which were superseded by cheek swab tests, which were not as humiliating, but dehumanizing nevertheless. At least two athletes were known to have been disqualified after such tests, which were designed to detect the inactive X chromosome that typically presents in females. This test was dropped by the IAAF in 1991 and by the International Olympic Committee in 1999, after protests that it did not account for some rare conditions.

The hormone standard introduced in 2011 was challenged by Indian sprinter Dutee Chand. The case was heard in 2015 by the Court of Arbitration for Sport (CAS), which requested more unequivocal evidence that higher levels of testosterone equate to a competitive advantage across the spectrum of sports. Interestingly, no sport psychologists offered the kind of proof they typically use to justify their livelihood: that excellence in sports depends as much, if not more, on psychological as physical factors like emotional intelligence, goal orientation, mental toughness, motivational climate, self-concept — the list is near-endless.

The IAAF was forced to lift its hyperandrogenism policy, which enabled Semenya to run without taking hormone-reducing drugs. She went on to win gold at the 2016 Rio Olympics. But last year, the IAAF reintroduced its policy for some events, specifically women’s distances between 400 and 1,500 meters, basing the decision on research that claimed that testosterone confers significant advantage. “We have seen in a decade and more of research that 7.1 in every 1000 elite female athletes in our sport have elevated testosterone levels, the majority are in the restricted events covered by these regulations,” stated the head of the IAAF’s Health and Science Department, Stephane Bermon.

Semenya has been made to take drugs, which would otherwise get her banned from competition (we presume), that reduce her testosterone level. Understandably, she resented this and appealed to CAS. Armed with a force of experts on testosterone and its effects, she challenged the IAAF and wanted to be allowed to compete drugs-free.

Intuitively, one can sympathize with the legions of women who feel disadvantaged when they look along the start line and see the imposing figure of Semenya or, for that matter, other female athletes who enjoy the supposed advantage of elevated natural testosterone. After all, 7.1 in every 1,000 elite female athletes is about 140 greater than in the general population.

But the rest of society is moving away from division and segregation and toward fluidity and inclusion. The traditional sex binary is being challenged almost daily. Unlike when de Coubertin was contemplating allowing women into the Olympics, sex is no longer regarded as a straightforward twofold scheme, but a spectrum. Sex reassignment either through surgery or hormone treatment also makes it changeable. So it could be argued our understanding of sex itself is in the throes of change. Perhaps sport will be forced to dissolve its historical division and start to integrate all people regardless of sex, natal or assigned, into the same competitions.

After years of legal back and forth, the Court of Arbitration for Sport’s decision on May 1 has put to rest any doubt over Semenya’s eligibility to compete in female events. The decision to maintain the status quo and effectively snub Semenya plunges sport into a moral maelstrom. People will argue persuasively that insisting that an athlete takes testosterone-suppressing medication to change a natural condition is a violation not only of individual human rights, but of its own rules. After all, since the 1970s, the vast majority of sports have affirmed and strengthened strictures on doping. To force an athlete to change her body chemistry artificially seems monstrously hypocritical.

It also seems oddly out of sync with the zeitgeist, which has spirited to us a newish term — gender fluidity. This means that people are annexing the right to define their own sex and gender, perhaps swapping as they move through life, or even from one situation to the next. By opposing Semenya, sport confirms its commitment to the durable but outmoded binary model of two sexes at the very time when the rest of society is discarding it.

This legal battle has concluded with a decision that will have consequences as impactful and far reaching as the 1970s ruling that prohibited performance enhancing drugs. Semenya is now the symbol of a very modern debate over gender classifications, with the pronouncement sure to have implications for intersex and transgender women across sport. 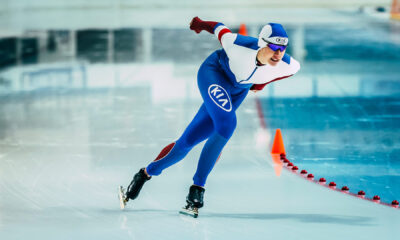 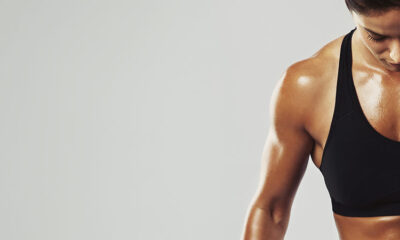 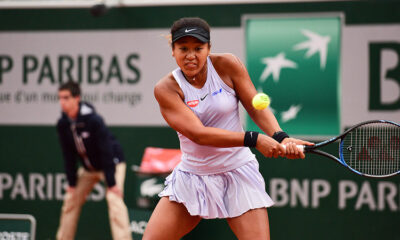