In a sudden move to pin all of the UK’s post-Brexit hopes on America’s mercurial strongman, does Theresa May know what she is getting herself into?

In her long-awaited speech on January 17, British Prime Minister Theresa May finally clarified the phrase “Brexit means Brexit.” Despite previous assurances that the Conservative government would pursue “a mature cooperative relationship with the EU [European Union],” the prime minister’s plan now unequivocally point toward a “hard Brexit” that will see the United Kingdom opt out of free movement of people, leave the single market and seek a new arrangement for the customs union. In doing so, May is not just jeopardizing Britain’s economic prosperity. She is also betraying the silent majority that most definitely did not vote for this kind of extreme rupture.

In the referendum’s aftermath, a narrow victory for the Leave campaign has somehow been recast as a clear, unambiguous demand from the British people for slash-and-burn Brexit that will see us cut off from Europe entirely. Regardless of the how the government or the tabloids try to rewrite the events of 2016, the Leave campaign was a broad coalition: It comprised the anti-immigrant disciples of Nigel Farage but also free-trade enthusiasts like Boris Johnson and Daniel Hannan. The latter assured the public on multiple occasions that “absolutely nobody is talking about threatening our place in the single market.” What a difference seven months make.

Considering she herself opposed leaving Europe, May could have compellingly argued for a moderate, low-impact separation to minimize some of the wounds the polarizing campaign inflicted on the country. Instead, she has launched the country hurtling down the path hawked by Farage and his ilk. Needless to say, this is not the mandate the British public gave her government in June 2016.

How could this happen? May’s gamble has less to do with a calculated view of what is best for Britain and more to do with appeasing the Conservative and United Kingdom Independence Party (UKIP) hardliners who want to see this approach. This is becoming a trend in the party: Just as former British Prime Minister David Cameron was pressured by a cabal of backbenchers into holding the referendum in the first place, May has now succumbed to the same forces. Even better, these forces are now bolstered by yet another extremist from across the Atlantic: US President Donald Trump.

May’s grand plan to make Britain the “biggest global advocate for free trade” seems to rely almost exclusively on Trump’s promise that a UK-US free trade agreement will be struck in double quick time, and May’s visit to the White House on January 27 will feature the proposition high on her agenda. The tenor coming from Trump’s camp is that this can be achieved within a year, and Brexiteers like Boris Johnson trumpeted the “huge fund of goodwill” that legislators in Washington supposedly feel toward the UK. The man who traveled to Trump Tower to obtain these choice quotes from the Donald was none other than Michael Gove.

This sudden move to pin all of the UK’s hopes on America’s mercurial strongman ignores the fact nothing is stopping Britain from opting for a European Free Trade Agreement-like arrangement with the EU, which would secure access to the single market while also allowing London to pursue trade deals with other countries. In economic terms, that type of pragmatic approach would be far better for the British economy than amputating ourselves from our most important trading partners, empowering Downing Street to pursue new markets while maintaining the solid foundation Europe has given us for decades. It could also save Britain the headache of renegotiating the World Trade Organization (WTO) regimes and submitting new rules to all 162 WTO members for approval.

Nor is this just wishful thinking. As it happens, May’s campaign to pitch Britain abroad has actually been going rather well. Liam Fox’s post-referendum assertions that the UK had prospects for 10 trade deals, including with China and Japan, but also with Commonwealth nations has started to pan out: a joint Trade Working Group has already been established with Australia to broker an agreement as quickly as possible. Australia’s former prime minister, Tony Abbott, even suggested a “one page” free trade deal between the countries.

That trend has been reinforced by the positive reception May received on a visit to the Gulf Cooperation Council (GCC) in December 2016, where she promoted Britain’s economic links to the Arabian Peninsula. That trip represents her most successful diplomatic sortie to date, as Britain’s push for trade coincides with market reforms in Saudi Arabia, the region’s largest economy.

The Saudis are keen to court British investment and advice within the framework of their Vision 2030 plan, and the country’s program to diversify its economy away from oil is designed to open the country to new opportunities. May used her trip to extend the good relations the Gulf states established with previous Conservative governments and used her speech to point to the Saudi plans in particular as one area where she saw a major British role. Whether the Persian Gulf monarchies would pull back from the UK was a major question after the referendum, and the response thus far seems to be no.

Unfortunately, the US-UK trade pact Trump is promising Downing Street is far less likely to turn out as well as these other overtures. Lest we forget, Trump’s entire policy platform is built on ideas of protectionism and, notably, the mantra that free trade deals like the Trans-Pacific Partnership (TPP) are “raping” the United States. He has consistently promised voters that he would revive American manufacturing by declaring war on global commerce.

Telling Michael Gove he loves Britain is one thing; telling his anti-trade, populist base that he wants to negotiate and sign one of the trade deals he just spent 18 months maligning, having just scrapped the deal with 11 Pacific countries, is quite another. Then again, it would hardly be the first time the new president has reversed himself without missing a beat. Our prime minister may think she has found the answer to her problems in Trump, but does she really know what she’s getting herself into? 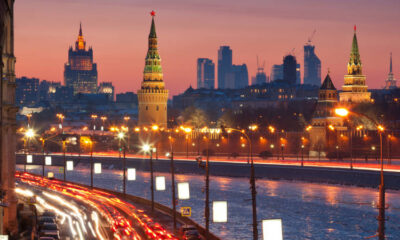 Aiming at Russia, West Shoots Itself in the Foot 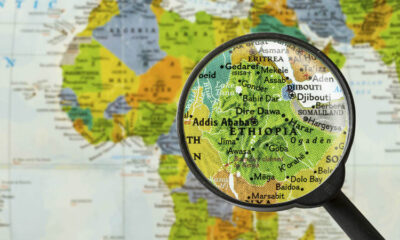