Brexit was the most recent achievement for the politics of populism in Europe.

Britain leaving the EU was the most recent achievement of populist far-right parties in Europe.

The Brexit results revealed a shocking outcome to capital market and world politics, with the prime minister, David Cameron, resigning the morning after. Henry Kissinger saw an opportunity out of Brexit turmoil; ex-Prime Minister Tony Blair warned that it represented a stunning coup; the Russian ideologue, Boris Titov, hailed it as an opening for a united Eurasia; while for the far-right leader of the Front National in France, Marine Le Pen, Brexit was like the falling of the Berlin Wall and a historic victory for freedom.

Quite apart from the vexing uncertainty persisting in Britain over the last two months, Brexit was also a wakeup call, as Guy Verhofstadt labeled it, for the European Union—perhaps liberalism’s most ambitious socioeconomic project since World War II.

Alongside politicians, academics have long warned about (neoliberal) shortcomings of the EU, above all concerns that the union is an undemocratic, elite-driven project. A combination of perceived distance from the public and the growing necessity of recalibrating continental immigration policies clearly helped cast doubt about the EU’s value to contemporary Britain.

Groups representing markedly different political backgrounds participated in the Leave campaign, from the center left to the radical right. A content analysis of the following Twitter accounts in the week leading to the EU referendum reveals that immigration was the key rally point for leading far-right figures: the British National Party (BNP); Britain First (BF); and the United Kingdom Independence Party (UKIP) and its jingoist leader, Nigel Farage, as well as the Leave.EU group—the latter revealed to be a main donor to UKIP.

The three far-right political parties listed above, however, are not the same. While the ideological core of the BF and BNP movements is white nationalist and arguably neo-fascist, the ideological core of UKIP is a reactionary EU secessionism and anti-immigrant populism. In contrast with the other two parties, classifying UKIP as populist raised tense academic debates.

UKIP formed in 1993 as a single-issue, anti-EU right-wing party, while the BNP launched in 1982 under a veteran neo-Nazi to advocate for multiple issues—including the reintroduction of capital punishment, opposition to multiculturalism and liberal democracy more broadly. Britain First, which split from the BNP in 2011, primarily campaigns against Muslims in the United Kingdom. The differences and similarities in categorizing these ideologies prompted Laura Mackenzie to ask what could explain the degrees of acceptability of these parties within the British political landscape.

Immigration, claimed Arron Banks—co-founder of the Leave.EU group and a close friend of Farage—was “the number one concern for UK electorate.” The analysis of more than 600 tweets from the populist far-right actors of the Leave campaign and their main sympathizers reveals that immigration was the top issue in their tweets. Although the term “immigration” only appears in 22% of all tweets, UKIP, the BNP, the BF and Leave.EU all utilized anti-immigration discourse bearing upon related other issues such as trade (20%), border control (11.1%), nationalism (10.3%), security (6.3%) and Turkey’s EU membership (6.6%).

Immigration is becoming a core political issue for both the BNP and UKIP, as both parties oppose immigration. UKIP went so far in its 2008 manifesto as to advocate for blocking new immigration and deporting illegal and criminal immigrants.

Populist far-right parties before the Brexit vote successfully tied immigration to their core ideology. They blamed immigration and the existence of different cultures as a sign of British cultural decline (nativism), a reason for the increase in terrorist attacks (authoritarianism), as well as a sign of failed politicians unable to secure the borders (populism). In addition, instead of relating nationalism to ethnicity and race, they tied immigration to the idea that it damages British culture as they modernize their rhetoric on nationalism from an ethnic to a civic narrative.

Having learned lessons from past political failures, populist advocates from the Leave campaign turned the tide of the referendum debate in spring 2016 through two clearly discernable, if complex, tactics.

First, they presented their agenda as voter-friendly, mobilizing those who identified themselves as left behind and insecure.

Second, populist politicians worked with established media outlets in Britain to coordinate their agenda. In doing so, the Brexit movement gained enough support amongst mainstream politicians, which is “more threatening for European liberal democracy than their growing mass support.”

As the leading scholar on populism Cas Mudde argues, far-right movements in Europe today generally advance a more moderate public face, with a more radical “backstage” message for committed activists. In the case of Britain, Nigel Copsey describes how the BNP disguised its revolutionary ideology—anti-Semitism, Europhobia and white nationalist identity—behind a modernized “frontstage” that allegedly embraced democracy, freedom and security.

Leave.EU depicts far-right populism’s “frontstage” perfectly: “We love freedom, democracy, diversity and inspiration. We look ahead and see hope, not fear.” It merits exploring what lurks beneath this surface gloss. Vincent Hendricks reports on Farage’s political win, which owed much to “getting feelings right and facts wrong.”

In response to what was dubbed the Remain campaign’s “Project Fear,” which warned of economic and financial consequences if Britain were to leave the EU, Farage unveiled “Project Fact” under the banner of “Believe in Britain.” This was followed by The Sun’s—Britain’s largest daily paper—editorial “BeLEAVE in Britain.” It was one of a number of leading newspapers in Britain to loudly and consistently advocate for Brexit.

Populist radical-right groups and politicians enjoy different ratings when it comes to retweets and likes of their tweets. But Nigel Farage, with an average 1,752 retweet rate and a 2,881 like rate, is the first among groups studied here, and this shows that even he could force moderate leaders not to lose popularity by mimicking his tactics in slurring and scapegoating immigrants.

Populist advocates of the Leave campaign set their “freedom” rhetoric against the EU, through themes such as “taking control back,” “anti-big businesses,” “independence,” “nationalism” and “anti-immigration.” The importance of hammering these themes is borne out by several representative tweets:

BNP Tweet: “This picture says it all about the Remain camp. Millionaires & liberals insulting & sneering at the working man.” (Retweets: 53, likes: 37)

Leave.EU Tweet: “The path to an EU superstate is clear, every single treaty grabs more power from Westminster.” (Retweets: 123, likes: 108)

Furthermore, populist radical-right movements, often with racist and ideologically extreme tendencies, consistently accused the EU of being a dictatorial institution:

BNP Tweet: “The only way we can survive is to say goodbye to the fascist dictatorship that is the EU. #VoteLeave for a safer UK.” (Retweets: 11, likes: 17)

BNP Tweet: “A question everyone should be asking anyone who is daft enough to want to be part of the EU fascist dictatorship.” (Retweets: 29, likes: 18)

The far-right rhetoric in the EU referendum campaign thus presented the EU as an anti-democratic monolith. Far-right groups, in turn, have long advocated a populist nativism, where the wish of the (typically white) indigenous majority would prevail, whether through re-establishment of the death penalty or the enactment of severe anti-immigration laws.

On June 23, the same day the EU referendum was held, progressives gathered in Oslo, Norway, to protest against the death penalty, while UKIP and the BNP were counting down to reintroduce capital punishment and “take control” of immigration. Far-right activists and their sympathizers likewise highlighted current immigration crises across Europe as an anti-democratic component of the EU:

Mudde argues that an insecure populace, concerned “about various aspects of their life: identity, job, and life as whole,” are “first and foremost” supporters of populist platforms that promise them—through its anti-EU, anti-immigration and Islamophobic rhetoric—security and salvation:

This process of message crafting not only shaped the Brexit debate, but gave far-right rhetoric access to the liberal democratic political spectrum through what is called mainstreaming among political scholars.

Britain First Tweet: “Migrant crisis has left half of Germans ‘feeling like strangers in their own country’.” (Retweets: 38, likes: 25)

Populist far-right politicians in postwar Europe and the US have long associated their strong sense of nativism to cultural, rather than racial, identity. They see mass immigration, especially Muslims, as the biggest threat to Britain’s culture at present:

BNP Tweet: “80 MILLION Muslims for EU. Another excellent reason to #VoteLeave. We are British! Stand proud & vote OUT!” (Retweets: 16, likes: 7)

Leave.EU Tweet: “@Nigel_Farage: When people vote tomorrow they must make a decision. Which flag is theirs? The Union Jack or the EU Flag?” (Retweets: 194, likes: 180)

Political messages, symbols, and themes can be crafted or even manipulated through rhetoric. This process of message crafting not only shaped the Brexit debate, but gave far-right rhetoric access to the liberal democratic political spectrum through what is called mainstreaming among political scholars.

Celebrating the victory of the Brexit referendum, Farage announced: “We should be proud of making June 23rd our Independence Day.”

Whether Brexit ignites a domino effect across Europe and leads to increased popularity for far-right groups depends, as Aristotle Kallis contends, on the robustness of “mainstream consensus around the liberal values.” 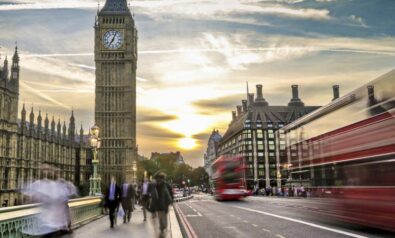 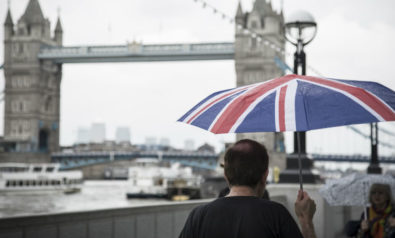 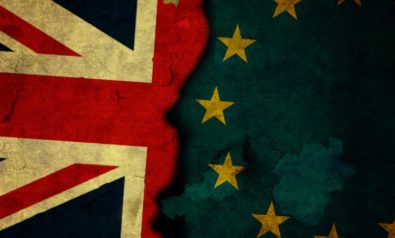 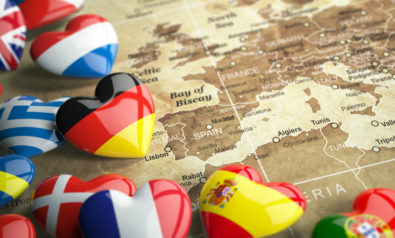 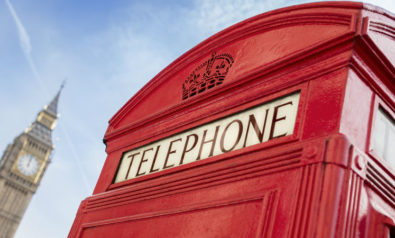 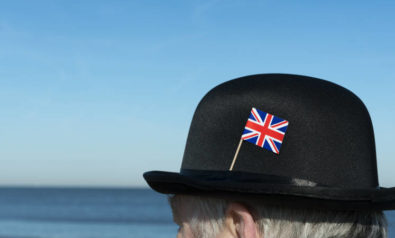 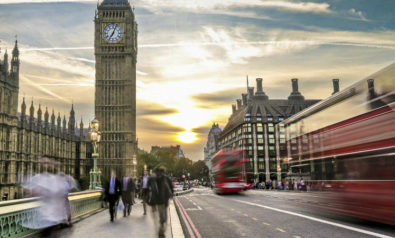 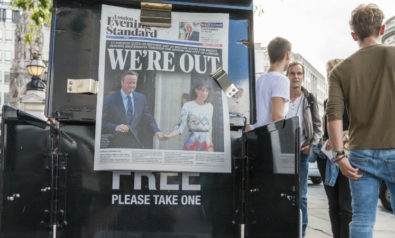 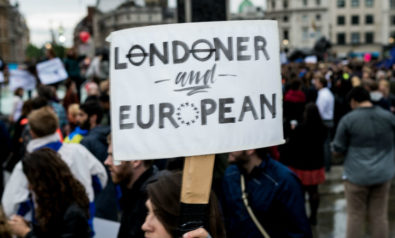 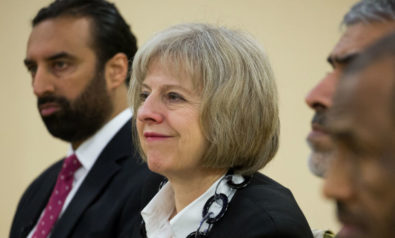 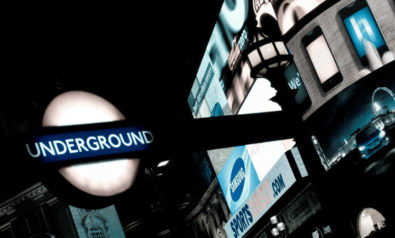 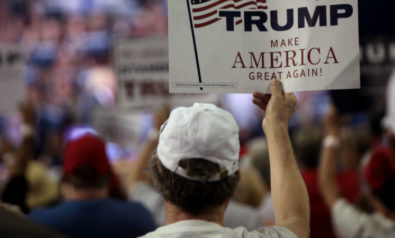 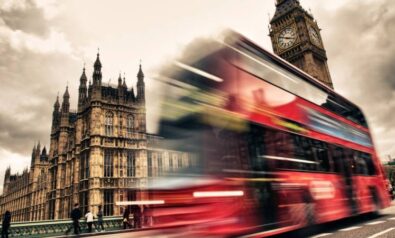 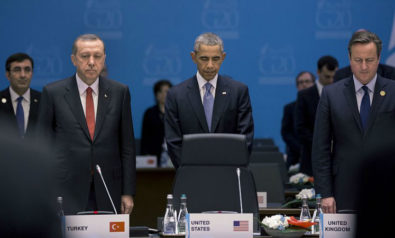 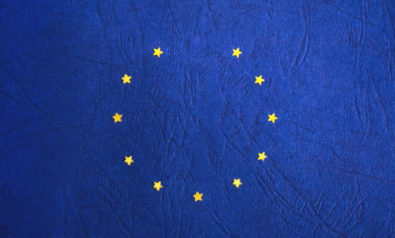 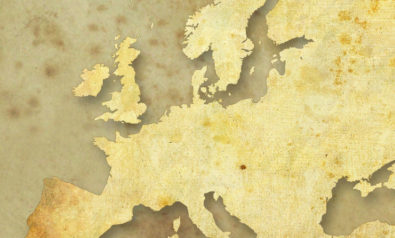 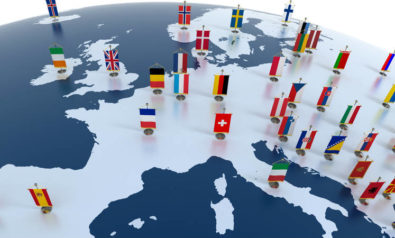 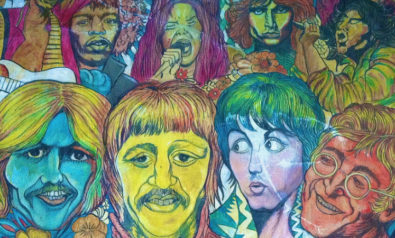 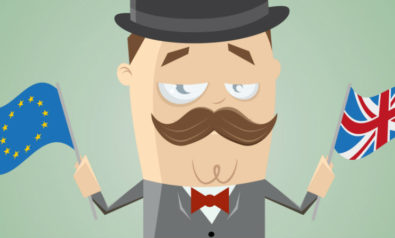