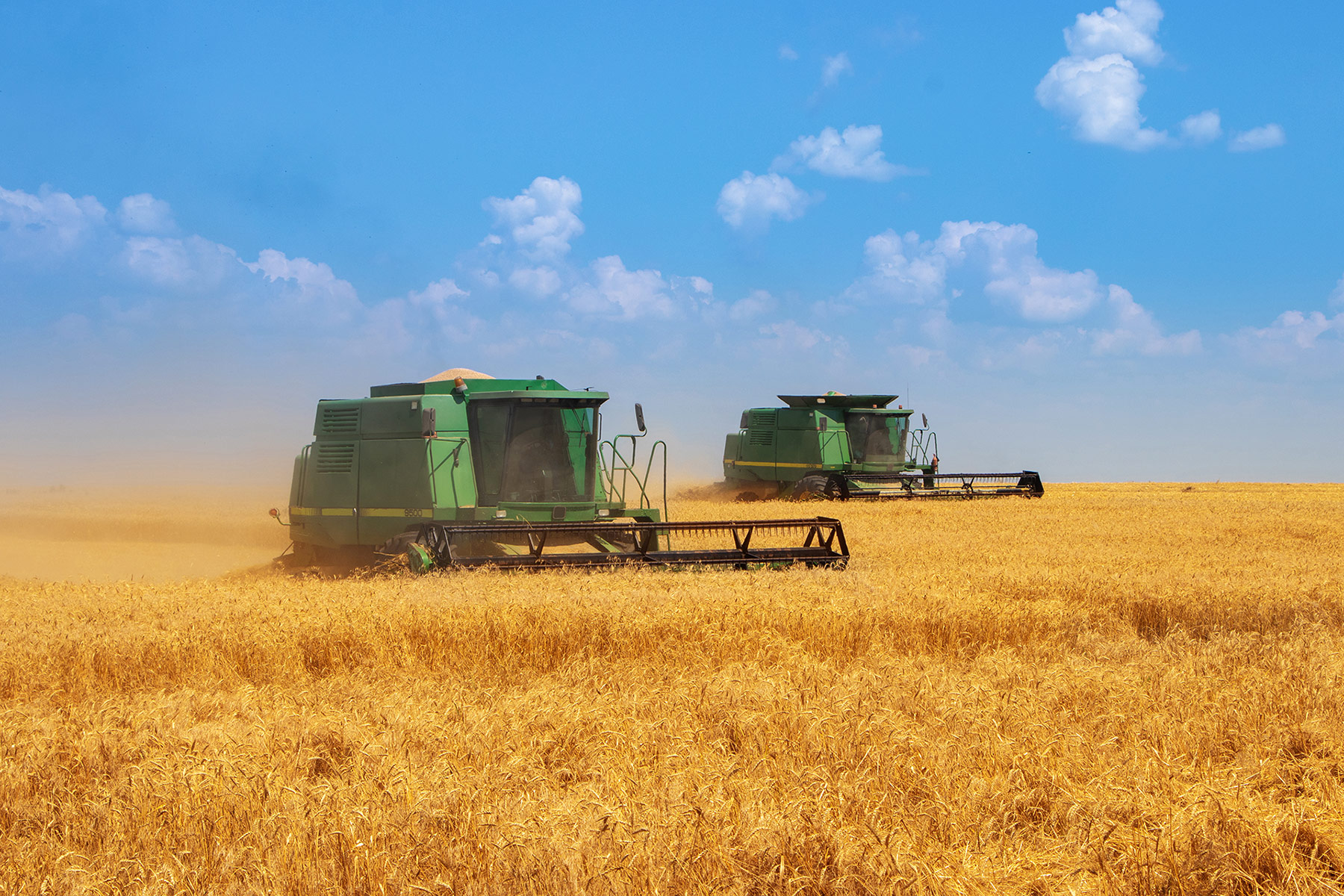 Russia’s war against Ukraine directly impacts agricultural markets. First of all, the conflict impedes the delivery of existing stocks and the upcoming sowing of many types of grains. Due to the occupation and destruction of major ports, exports will continue to collapse. Agricultural exports from Russia are currently still possible on the main transport route via ports on the Black Sea.

However, shipping companies report limiting their transport due to the perceived danger and concerns about loss of business. Recently, Ukraine announced that it would restrict its own exports to secure domestic supply.

Ukraine and Russia have become key players for the export of both grain and sunflower (oil) in the post-Soviet era. For quite some time, their crop yields have influenced international volumes and prices, with Ukraine providing on average 10% of the world’s wheat export supply, and Russia as much as 24%; for maize, Ukraine supplied 15% of the staple feed and fodder.

The international market for fertilizer is even more concentrated. With trade shares of individual fertilizer components reaching up to 50%, Russia dominates the market for ammonium nitrate and Belarus, at 16%, for potash fertilizer.

Due to general business uncertainty, the financial sanctions of numerous states and the EU against Russia currently affect agricultural exports indirectly while specific sanctions directly target respective exports. For example, last year, in response to the crackdown on the opposition in Belarus, the EU imposed sanctions on the market-dominating Belarusian potash producer Belaruskali, extending them last week.

Prices for many agricultural products determined by the Food and Agriculture Organization of the United Nations currently already exceed the historic highs during the food price crises of 2007 and 2011. Fertilizer prices have also been rising to record levels for months. In addition, shortages due to reduced or canceled supplies of grain and fertilizer from Russia, Ukraine and Belarus are driving up prices.

Since the beginning of the COVID-19 pandemic, Russia, like many countries, has been using export restrictions on agricultural products to secure its own supplies despite international warnings against these price-increasing measures. Just last week, the government recommended that Russian companies also limit fertilizer exports.

Besides Ukraine, crop and supply shortfalls initially affect countries that import agricultural products from the war-affected region and are currently looking for readily available alternative sources. This drives up prices on global markets, thereby burdening all importers worldwide but hitting low-income countries and people the hardest. Egypt has an import share of 60% of Russian grain and 20% of Ukrainian grain.

To date, other countries that are already vulnerable to supply insecurity, such as Lebanon, Libya, Yemen, Bangladesh and Turkey, also purchase the majority of their grain from the region. Chad and Niger imported up to 80% of their fertilizer and raw materials from Russia and Belarus; Europe, as well as many countries in Latin America, also purchased large shares.

Affected countries have different options for adjustment. Egypt still has limited but probably sufficient grain stocks of its own for the time being, despite strong supply dependence vis-à-vis the region. In Lebanon, on the other hand, the 2020 explosion at the port of Beirut destroyed wheat warehouses, reducing storage capacity from six months to one month, necessitating a continuous flow of supplies.

The remaining supply gaps that cannot be solved in importing countries by means of shifts in consumption toward more food rather than energy use require both food and fertilizer support. However, these are becoming more expensive as a result of rising prices for procurement and delivery. Transport and delivery must be additionally protected when sourcing from the region along vulnerable routes.

Trade must remain open and possibly protected on routes perceived as dangerous by shipping lines. Typical crisis-induced but price-pushing export restrictions must be avoided, both within the EU and internationally. Failing supplies from the major agricultural region will show their full effects in the coming autumn crop season, which may only be offset to a certain extent by crops from other major producers such as Australia, the US and the EU.

Large agricultural countries could pursue forward-looking, coordinated market relaxation in order to quickly identify food supply potentials. However, in order to avoid symbolic politics or protectionist reflexes to support domestic production, the volume and price effects of possible approaches — suspension of set-aside programs, reduced use of agro-fuels or land rededication from fodder to food production — need to be assessed accurately. If a contribution to market relaxation is to be expected, corresponding measures should be quickly initiated for the upcoming crop year as a temporary crisis measure.

Similarly, the US is discussing the suspension of the conservation reserve program to allow farmers to bring set-aside areas into production. Price-driving sanctions with regard to fertilizers and agricultural goods should be avoided — or at least be accompanied by aid concepts to absorb linked supply risks.

As during the onset of the COVID-19 crisis, the Agricultural Market Information System (AMIS) — a monitoring mechanism developed by the G20 in response to past food price crises — should be used for an international information campaign to prevent price-pushing export restrictions by means of appeals. However, more important than appeals would be the adoption of strict criteria and deadlines for these measures that are enforceable at the World Trade Organization level.

In the future, AMIS should cover not only agricultural products, fertilizers and energy sources but also the conditions of and access to trade infrastructure. Here, restrictions heavily influence supply and price and should be included in a comprehensive warning system for international supply potential.

Furthermore, a future international political offensive for fertilizers and their raw materials is needed. Not only must the market situation be monitored and, in the event of shortages, be accompanied by aid early on. Technologies to make their use more efficient and to increase fertilizer production capacities as well as approaches to their substitution, whether technologically or by cultivation, are also needed.