The New York Times editorial board weighs in with its ethical take on the news of the agreement with Taliban leaders to end the US military presence in Afghanistan. The newspaper’s editorial describes the peace deal as “a ticket out of Afghanistan for American troops who’ve been there far too long.”

If the title wasn’t already attributed to the overhyped US “deal of the century” for the Middle East, the agreement to end the US presence in Afghanistan, though for a different reason, has a stronger claim to being called the “deal of the century.” Whether it corresponds to the concept of a “deal” or should simply be seen as the result of withering American intent could be a matter for debate. But it promises in its uncertain way to mark the end of an ongoing event that has, in some sense, defined this century since the US-NATO invasion of Afghanistan in 2001.

Why We Should Call It the “War for Terror”

The Times makes a direct comparison between the Taliban agreement and the US withdrawal from Vietnam in 1973 under President Richard Nixon. Americans remember the retreat from Saigon as a final moment of humiliation to end the most traumatically shameful episode in the nation’s recent history.

The editorial even seems to bury that sense of shame when it offers this sliver of philosophical reflection: “That is not to say either deal was wrong. On the contrary, recognizing when a fight has become useless is the right thing to do. Americans have long run out of good reasons to continue dying and killing in a land whose many tribes make it notoriously difficult to govern and whose mountainous terrain renders it all but impossible to conquer.”

Apparently, at some point, a once useful “fight” became “useless.”

A politically convenient word to avoid admitting that something a person or a group has done or supported in the past may have been immoral but must be considered understandable and, therefore, forgivable because of its possible utility

It should be pointed out that some people, whose voices were rarely cited in The New York Times, believed from the opening bell that the fight was destined to “become useless” for the simple reason that the guilty party for the attacks on September 11, 2001, was not the then-Taliban government of Afghanistan but al-Qaeda. History offers us one consistent lesson that the Afghanistan War illustrates to perfection. Parties that have reasons to believe themselves to be the innocent victims of another party’s aggression will resist that aggression with greater intent, ferocity and persistence than the party that attacks or assaults them.

In 2001, the US saw the events of 9/11 as an unprovoked, unexpected act of war that came literally out of the blue. Instead of treating it as an exceptional criminal act requiring exceptional measures of investigation and punishment of the criminals, the Bush administration answered by starting a very real, though undeclared war against another government and people, in conformity with the traditional belief that wars are a legitimate form of armed competition between states.

What the Taliban thought of al-Qaeda’s spectacular mission on September 11 nobody knows. It was nevertheless obvious at the time that the Afghan government had not planned it and could not have known about it. The Taliban and the vast majority of the Afghan population, therefore, felt themselves to be innocent and undeserving of the all-out war on their government and people by the amassed forces of the West. They were further appalled by the new foreign occupation that followed in its wake. Enduring resistance was inevitable.

It may thus sound ironic in 2020 to hear The Times highlight what it sees as the one clearly positive condition of the peace deal: “The major achievement for the United States was assurances that the Taliban would not give sanctuary to terrorist groups like Al Qaeda.” Had the Bush administration focused on mobilizing the international community to force Afghanistan’s Taliban government to end the sanctuary given to Osama bin Laden, the leader of al-Qaeda at the time, war could have been avoided.

This wouldn’t have been easy. It would have required patience, careful coordination, a targeted strategic military threat and a true attempt at respecting the West’s own vaunted “rule of law.” But it would have had the benefit of logical consistency and legality. Moreover, it would have saved trillions of dollars to say nothing of tens of thousands of lives. It also would have avoided the worst consequence for the US of all the events that followed: the perception by a vast majority of people in the Muslim world today that the US is a totally cynical enemy of the entire region and the peoples that inhabit it.

The NYT’s editorial board makes what could be seen as a surprising admission of durable ignorance with this observation: “The full futility of that effort was revealed in documents obtained by the Washington Post late last year from an investigation by the Special Inspector General for Afghanistan Reconstruction.” Some may find it extraordinary that The Times, the nation’s richest and most powerful newspaper, described in its own columns as “a digital behemoth crowding out the competition,” had to wait 18 years for the US government to release a report before getting a sense of what was really going on in a war that its reporters were embedded in from day one. What could better illustrate the fact that, concerning foreign policy, The Times tends to function not like a newspaper dedicated to using its resources to seek the truth and inform the public, but as a megaphone for US governments?

The New York Times never had any doubts about the wisdom or rather the moral necessity of starting the Afghan War in 2001. The ghost of New York’s twin towers cried out for vengeance and the Gray Lady of New York joined the mob in its quest for revenge. The Times editorial on November 27, 2001, begins: “Americans should be encouraged that the early phases of the war against terrorism have gone relatively smoothly in Afghanistan, but some of the most important and difficult tasks in that nation now lie ahead.”

At a time when many observers warned that Afghanistan was already known as the “graveyard of empires,” The Times avoided grappling with the complexity of history and chose simply to offer the US administration its advice on how to move forward: “A stable, unified government must emerge from the present conflict.”

Now, in early 2020, the paper boldly affirms: “ending American involvement in the war is the right thing to do.” This is the same Editorial Board that felt getting the US into the war in 2001 and calling it a “war against terrorism” was also “the right thing to do.” The Times went further in 2003 by enthusiastically supporting the Bush administration’s even more contestable and totally unjustified invasion of Iraq. Unjustified, as we now know, but The Times dedicated an inordinate amount of column space justifying it before it even took place and thereby helping to make it inevitable.

This may be a propitious moment for intelligent readers of The New York Times to realize once and for all that the paper, for all its rich content, is an unreliable source for anyone seeking guidance about what is right or wrong in public policy. Perhaps, in the interest of maintaining an image of objectivity, the editorial board should quite simply impose on itself a form of self-restraint by refraining in the future from making judgments that appeal to any type of moral criteria. The Times should at all costs avoid calling actions that it reports on as right or wrong.

That being the case, it’s worth asking a probing question: What has The Times been using as its moral criteria? From this week’s editorial, what emerges is what ethicists call its utilitarian bias. The editorial board reveals the main pillar of its reasoning in this article when it praises the merits of “recognizing when a fight has become useless is the right thing to do.” Such a statement supposes that a fight can be “useful.” This, in turn, as any philosopher would demand, should require that the proponents of such a proposition to define what they mean be useful and useless. Useful to whom and for what “use”?

Utility is a synonym for usefulness, just as futility is a synonym for uselessness. Utilitarian ethics relies on the notion of justifying as good or right what is most useful (i.e., considered good) for the greatest number. Referring to the Afghanistan Papers — a series of leaked classified documents concerning the Afghanistan War — the editorial board now calls its readers’ attention to the “full futility” of the war that became apparent thanks to the Afghanistan Papers. But there was a time at which The Times, as a utilitarian moralist, saw more utility than futility.

In an article from October 2001, the paper listed the presumably useful reasons that Defense Secretary Donald Rumsfeld cited as US objectives in the attack on the Taliban. “Mr. Rumsfeld made clear that the United States was seeking to orchestrate the overthrow of the Taliban” and that “the goals of the military operation were to punish the Taliban for ‘harboring terrorists.’” He added that they sought to “acquire intelligence” for “future operations against Al Qaeda and to weaken the Taliban so severely that they will not be able to withstand an opposition assault.” And just to show that it wasn’t merely about what would be “useful” to the US, he added the goal of providing relief “to Afghans suffering truly oppressive living conditions under the Taliban regime.”

In its ethical reasoning, The New York Times has always been more impressive in its hindsight than its foresight. But is it asking too much for the public to demand that even the hindsight doesn’t have to wait 18 years to achieve any clarity? 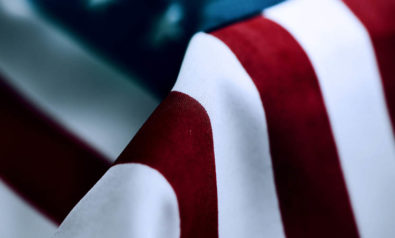 American War Is Off the Charts 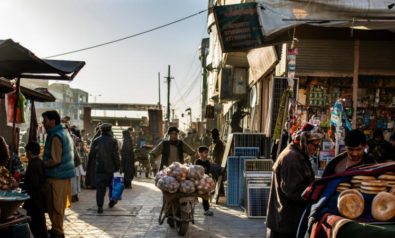 Can the Afghan Peace Process Succeed?