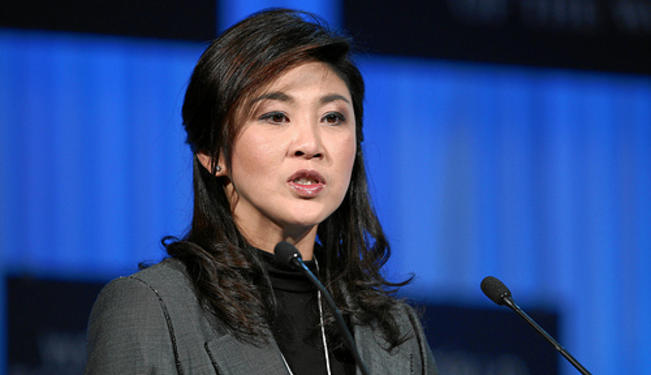 Analysis on the tenuous relationship between Thailand and Cambodia, and the role that the political leadership of both countries has in the current situation.

In January 2008, another episode of tension between Thailand and Cambodia reignited when Thailand protested against Cambodia’s plan to have the Preah Vihear temple registered with UNESCO as a World Heritage Site. Since then nationalism has been rife and several military and diplomatic clashes between both sides have occurred, with each party blaming the other. While the current border issue is a serious matter in itself, the root of the conflict, however, may be much more deeply embedded in the pair’s relationship.

Despite having so much intertwined history and cultural heritage, the Thai-Cambodian relationship has never been smooth. History in this region of the world tends to arouse animosity rather than encourage friendships. This is not the first time nationalism had pervaded Thai-Cambodian relations. In 2003, a mass riot broke out in Phnom Penh when a Thai actress was accused of claiming that Angkor Wat, the symbol of Cambodian national pride, belonged to Thailand. The incident then is just as telling of the underlying conflict between the two neighbours as the current dispute is now.

Beyond high politics, there lies unresolved historical and cultural rivalry that often manifests itself in the forms of episodic tensions that have been plaguing Thai-Cambodian relations for many decades. Therefore, the shared history and culture is often used to justify their distrust of each other. Although former Thai Prime Minister Thaksin Shinawatra’s role in foreign policy introduced many changes to Thailand’s relationship with Cambodia, the pair continue to view each other with a mutual suspicion that their historical and cultural rivalry helped create.

Thaksin’s four-year term has had a lasting influence on the country. Five years after he was ousted by the military coup of 2006, his presence can still be felt, especially now that his sister, Yingluck Shinawatra, became Thailand’s first female Prime Minister. Thaksin had a strong presence in Thai politics and foreign policy with his agenda to make Thailand a regional player; he embarked on restoring and strengthening relationships with neighbouring countries and other major powers. Thailandstarted providing financial and technical assistance to its poorer neighbours, including Cambodia, to display Thai potential for regional leadership. The scheme itself was not new and was first implemented by Prime Minister Anand Panyarachun in 1992, but Thaksin gave it an ambitious push. During his term, Thai foreign policy became more commercially driven and centralized around Thaksin’s personal dominance, taking initiatives away from the Ministry of Foreign Affairs.

Thaksin’s foreign policies were often linked to domestic politics, so that he could use foreign policy successes to shore up his domestic standing. For instance, the financial and other assistance offered to Cambodia was also aimed at turning Cambodia into a viable market for Thailand’s OTOP products (locally made specialty goods from sub-districts of Thai provinces), in order to boost the productivity of rural Thailand, Thaksin’s indispensable electorate. Thailand also hoped that increased engagement would help reduce the problems of cross-border crime and illegal migration it faced from neighbouring countries. To further energy security, Thaksin pushed for better relations with Myanmar and Laos and worked on gas pipelines and a hydroelectricity project. During this time, Thaksin formed a personal bond with Cambodian Prime Minister Hun Sen in the hope of improving relations with Cambodia. Nevertheless, his ambition for Thailand and the aforementioned policies brought the underlying historical and cultural tension to the foreground, and inadvertently vindicated Cambodia’s long-standing fear of Thai hegemony.

Thai media, radio and TV shows gained wide regional circulation, but while the goal of soft power is to woo others to one’s way, Thailand’s dominance in mainland Southeast Asia coupled with the pre-existing suspicion that its neighbors have of it, gave the impression that the Thais were not only arrogantly proclaiming themselves superior to others but also claiming ownership of their respective cultures; a long-running and major point of contention with Cambodia. Ironically, this push for the spread of Thai culture as a means to further relations provoked further discontent. Even though cultural diplomacy and the pursuit of economic interests with neighbouring states are common in international relations, this was unacceptable to Cambodian sensitivity, which most Thais are usually ignorant of.

The Phnom Penh riot of 2003 was representative of this deep-rooted anti-Thai sentiment and was an attempt to rebel against what Cambodians saw as a form of Thai imperialism for exploiting Cambodia, and attempting to steal its culture. Although a culture being “stolen” in practice is hard to imagine, and though most Thais have little interest in annexing their neighbour’s territory, Thailand’s tarnished image made it sound convincing enough.

Thai ignorance and Thaksin’s role are not solely responsible for the deteriorating relationship. Cambodia’s obsession with historical animosity makes it difficult to overcome these rough patches. For Cambodia, where the present and the future are not as promising as the past, the legacy of the Khmer empire and culture serves a vital role in forging a sense of identity and national pride. Their sense of victimhood at the hands of the Thais in past conflicts instilled a visceral distrust of Thailand that borders on paranoia, and is a very potent political force that Cambodia’s leadership has never shied away from capitalizing on to whip up nationalist support in its domestic politics.Consequently, despite Hun Sen’s personal relationship with Thaksin, Cambodian nationalism is often achieved at the expense of Thailand.

Hence, the link between foreign affairs and domestic politics often subjects the Thai-Cambodian relationship to the woes of domestic politics, and the Preah Vihear dispute is no exception. The clashes between the Abhisit government and Hun Sen is resultant of both countries portraying themselves as nations at risk of losing territorial integrity to an external enemy. This is a theme that resonates in countries with colonial pasts, and helps their leaders galvanise domestic support. The Abhisit government also believed Hun Sen to be using the issue as a pretext to interfere with Thai politicsout of his partiality for Thaksin and his supporters. Thus, like the riot of 2003, the territorial dispute masks a deeper underlying tension that turned a seemingly uncomplicated issue into a heated test of political will; Abhisit’s Foreign Minister, Kasit Piromaya, publicly insulted Hun Sen on numerous occasions and called him the “gangster of Southeast Asia”Hun Sen responded confrontationally by reaffirming his willingness to use military force.

These are the pre-existing conditions that Yingluck inherited and must work around. Her key advantage may be that, unlike the Abhisit government, her government was not built on support from nationalist conservative elites such as the military and the anti-Thaksin group, the People’s Alliance for Democracy (PAD). She can afford to be reconciliatory towards Cambodia. Additionally, she could benefit from her relationship with Hun Sen through Thaksin. Thus, her coming to power was a change that Cambodia welcomed.Yet, despite signs of improvement, it is too early to tell if any of this will lead to a lasting improvement in their relationship. As long as the nationalism and domestic politics of both sides are allowed to repeatedly impede on their relationship, as has been the case so far, it is difficult for any meaningful improvement to be made. For this reason, if the past trend is any indication, present developments are likely to be only a temporary lull, before another episode of tension between the long-running rivals erupts once more.