How the remains of the civil war influence the relationship between Sri Lanka-India.

Bilateral relations between India and its southern neighbour, Sri Lanka, have traditionally been cordial and friendly with repetitive periods of underlying strain – offshoots of India’s failed intervention in the Lankan ethnic conflict. Despite momentary downward swings, relations have remained afloat amid the countries sharing a commitment to national sovereignty and regional stability.

India’s eventual re-adoption of the non-interventionist approach with regard to the continuing conflict in Sri Lanka, in no small way influenced by the failure of its peacekeeping mission (itself a departure from the official stance of non-alignment), went a long way in rebuilding the trust, cooperation and partnership between the two countries.
However, India’s vote against Sri Lanka earlier in 2012 at the US-sponsored UNHRC resolution to investigate alleged human rights violations by the state against the Tamil rebels, known as the LTTE, during the conflict not only threatened to derail any progress made in rebuilding the relationship, but also highlighted the tenuous internal factors that have been critical, and most often decisive features in the bilateral sphere. The Indian role in any relationship with Sri Lanka will continue to be influenced by the Tamil factor, driven by the political ilk in Tamil Nadu.

India was drawn into the complexities of the ethnic conflict when the minority Tamils began to feel marginalised by the Sinhala majority. The minority had long maintained strong ties with their kin in Tamil Nadu, and their persecution hit too close. With mounting political pressure in the state, India was forced to adopt a foreign policy that was a big departure from its traditional position vis-à-vis its southern island neighbour.

Historically, the Tamil issue has been a part of bilateral lexicon with India long before the conflict exploded in the island nation. The two countries were confronted with, and successfully resolved, the issues of Sri Lankan Tamil displacement and language recognition. But the conflict and its implications proved to be the most defining aspect in their relations.

The 26-year Sri Lanka civil war had its roots in the period immediately following colonial rule with Sinhala replacing English as the country’s official language. This was perceived as an imposition of the majority Sinhala group, and led to the breeding of intense resentment toward the state, eventually resulting in the demand for a separate Tamil nation state, or Eelam, in the northern and eastern part of Sri Lanka. The Tamil Eelam cause soon morphed into a widespread secessionist movement spearheaded by the LTTE that engaged the state and its military forces in a violent conflict.

The idea of a pan Tamil identity, that brought together Indian, Lankans and other Tamilians around the world, was long promoted by the Tamil Eelam movement, and found support from the political electorate and leaders in India. As a result, the LTTE and other rebel forces benefited from their legions of sympathisers in Tamil Nadu, who are known to have harboured, aided and trained militant forces.
As is typical in any pluralistic democracy (and more so in one like India with regional parties dictating political stability, and the central political structure being defined by domestic politics and alliances), the variances of political manoeuvring played out, critically influencing Indian policy toward Sri Lanka. With growing pressure from regional parties like the DMK and AIADMK, and especially in light of the increasing inflow of refugees, the Indian government was compelled to enact a more assertive role in the bilateral relations. Another factor that greatly influenced the change in diplomatic rhetoric was the perceived impingement of extra-regional on the subcontinent – essentially, India’s forte. Envisioning a role as an impartial mediator, India intervened in the conflict through the presence of its peacekeeping forces positioned in the northern and eastern provinces of Sri Lanka. A marked departure from the Nehruvian philosophy of non-alignment — essentially a non-interference or interventionist approach —  India’s assertive tone while dealing with Sri Lanka continued to be driven by the competitiveness that was emerging in Tamil Nadu politics with different factions trying to one-up each other in their proclamations of solidarity with the Sri Lankan Tamils.

However, despite playing the mediator India and Sri Lanka shared feelings of mutual suspicion. For Sri Lanka, the fear was pegged on the kind of power the Tamil political ilk wielded on the central government, while for India, it was the involvement with Sri Lankan approval of foreign powers (mainly, the US and China) in what it perceived to be a contained regional issue. As the superpower in the subcontinent, India did not take too kindly to the involvement of foreign players, going so far to even discourage them in what would popularly be come to be known as the Indira doctrine.

The 1987 India-Sri Lanka Accord was critical to the peace mission in that it acknowledged the multifariousness of Sri Lankan culture, religion and language. By recognising the historical importance of the Tamil ethnic community, the accord provided grounds for the unity of the nation, and thus for the end of the conflict itself. Strategically, India agreed to provide military assistance should it be requested, and also the presence of a peacekeeping force mandated to ensure the cessation of violence. Praised for its tenacity in eliminating all aspects of grouse, a critical failure was that the agreement failed to take the LTTE into account, who summarily rejected the agreement and refused to give up arms., As a consequence, this led to the Indian Peacekeeping Forces (IPKF) being stationed in the northern and eastern provinces and eventually engaging militarily with the rebels in order to encourage disarmament, truce and eventually the end of the conflict. After two years of constant military engagement, the IPKF was withdrawn in the face of extreme criticism from the region and beyond as it was viewed as an an abject failure of the peacekeeping mission. Although it granted India and Sri Lanka a tactical advantage, it blighted India’s position as a regional power, and also, more importantly, became a point of constant contention between the two countries.

During the initial phase of the conflict, political parties in Tamil Nadu were keen to sympathise with and extend support to the Tamil population and rebels, and were also instrumental in pressuring the government to take on a more assertive diplomatic role. But, with the failure of the peacekeeping mission and after former Indian prime minister Rajiv Gandhi’s assassination, the political parties began to distance themselves from the violence perpetrated by the LTTE while continuing to voice their support of the Tamil secessation movement. The AIADMK and DMK denounced the violence, while the MDMK was the only party that continued to extend vehement support.

Relations between India and Sri Lanka have improved greatly since 2009 with the defeat of the LTTE and the end of the conflict. However, the federal government still does not enjoy absolute freedom in formulating its Sri Lanka policy without some influence from Tamil Nadu. India faces a complex challenge of balancing its official bilateral position, through tactical diplomacy in a manner that doesn’t hinder its geostrategic goals, along with giving in to the whims of the regional parties that have demanded reconciliation for Sri Lanka’s displaced and affected Tamil population. The vote in Geneva in March 2012 at the UNHRC resolution reflected India’s growing impatience at the inability of the Rajapaksa government to hasten the rapprochement process and was greatly influenced by its regional Tamil parties.

While the Tamil Eelam cause no longer resonates as strongly as it did a few years ago, the pan Tamil identity still sustains. Politics in Tamil Nadu will continue to be influenced by developments in Sri Lanka, and will maintain and influence on the India’s federal government where its regional foreign policy is concerned.

India and Sri Lanka share strong political, cultural, economic and trade ties. Despite India’s trepidation of the involvement of foreign actors in the region, Sri Lanka has established cordial beneficial ties with countries like the US and China and will continue to do so in the future. However, India maintains reservations about the lingering human rights and reconciliation issues. Any effort to deepen trade and economic ties with the island nation will need to take these factors into consideration and establish a policy and diplomatic posture that is least susceptible to any possible recurrence of conflict and violence.

The UNHRC vote was thought to have been a strategic misstep on India’s part that would antagonise Sri Lanka and undo all progress made in rebuilding the bilateral relationship. While the repercussions have been far less severe, India does need to exercise strategic caution and develop a blueprint keeping in mind all factors, both domestic and external, to navigate potential complexities and develop a healthy bilateral relationship. 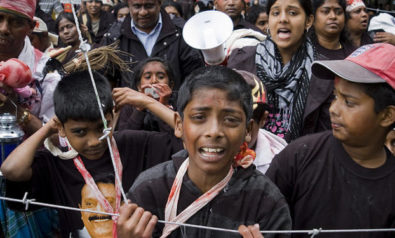 Sri Lanka After Civil War: From a New Dawn to Dictatorship? 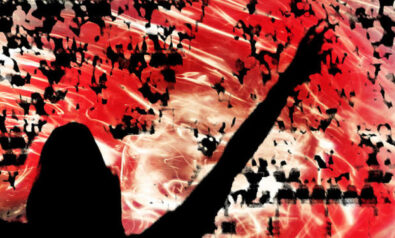