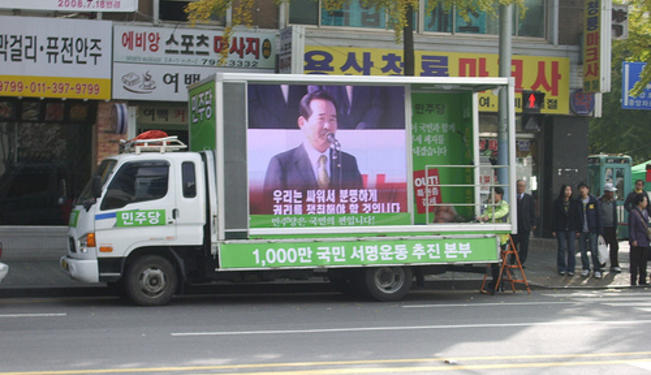 South Korea realizes the benefits of good relations with ASEAN but must do more to engage with Southeast Asia.

The Republic of Korea’s (ROK) major strategic focus has always been to retain and improve its diplomatic and military ties with the United States against potential threats from North Korea. In recent years, however, the Republic of Korea has shown greater interest in improving ties with the countries of Southeast Asia. The desire to revamp South Korea’s relationships with the countries of Southeast Asia had been one of President Lee Myung-bak’s top diplomatic priorities. In 2010, however, this initiative had to be postponed because of the Cheonan and Yeonpyeong incidents. Since then, however, the improved security environment in Northeast Asia has allowed South Korea to resume its Southeast Asia initiative.

Given its economic handicaps, it is in South Korea’s national interest to be concerned about the safety of the sea lines of communication (SLOCs). For South Korea, Southeast Asia’s strategic straits (the Straits of Malacca and Singapore) are the center of their strategic focus on the SLOC safety issue. This is why South Korea has actively participated in the Regional Cooperation Agreement on Combating Piracy and Armed Robbery against Ships in Asia (ReCAAP), since its foundation. Although this organization is to resolve issues of piracy in the Straits of Malacca and Singapore, the involvement of South Korea in ReCAAP clearly explains its geo-strategic interest in the region.

In the recent ROK-ASEAN summit in Bali, Indonesia, the South Korean President announced that South Korea would establish a new diplomatic mission in Jakarta to deal exclusively with ASEAN affairs. Since Jakarta is home to the ASEAN Secretariat, this diplomatic move will enhance cooperation between the ASEAN states and South Korea. In doing so, the economic and diplomatic relationship between South Korea and ASEAN will be further strengthened.

Simultaneously, South Korea is trying to improve its bilateral relationships with the individual ASEAN countries. For instance, South Korea has maintained a close working relationship with Indonesia in the defense industry area. In fact, Indonesia has agreed to cooperate in the development and production of South Korea’s KF-X fighter aircraft. Moreover, South Korea is one of the two leading contenders to supply the Indonesian Navy with submarines. If the South Korean firm is selected for Indonesia’s submarine procurement program, the military and defense ties between the two nations will be further reinforced.

Last but not least, South Korea’s official development assistance (ODA) will be a major and useful instrument for fostering a new constructive relationship with other ASEAN states. South Korea was one of the poorest countries in the world in the aftermath of the Korean War. However, it is now in a position to assist other countries around the world. In fact, ASEAN was the largest recipient of South Korea’s ODA (US$1.13bn) in 1987-2006. As an emerging donor, South Korea is interested in assisting with capacity-building and human resource development areas, through education and vocational training. Due to South Korea’s own socio-economic development experiences, it can be an invaluable asset and source of assistance for some ASEAN nations’ socio-economic development.

In 2009, the South Korea and ASEAN marked the 20th anniversary of the ROK-ASEAN relationship. For more than two decades, South Korea and the ASEAN states have witnessed a vast improvement of their relationship in many areas. One particular example of this improvement was the establishment of an ASEAN-Korea Center in Seoul, which was made to foster economic and socio-cultural ties with ASEAN and its member states.